A couple of years back I reviewed Step Up 3D and surprised even myself by awarding it three stars, claiming that it delivered on its promises, namely impressive dance moves and some superb 3D. Yeah, the acting was atrocious and the plot non-existent. But still! DANCING! StreetDance 2 - the follow-up no one asked for to 2010's StreetDance 3D - doesn't get off quite so lightly. The inexcusable choice to make 'Street Dance' one word angers me, and that's only start of the problems.


The 'plot' is as formulaic as they come. After being humiliated (or 'served' if you prefer) by successful street dance crew Invisible, popcorn seller Ash (Falk Hentschal) and his new manager Eddie (George Sampson) set out to find the best street dancers Europe has to offer. The plan? Recruit them, and challenge Invisible to a rematch. This is all swiftly taken care of in a Euro Trip-esque opening credits montage, jetting off to various recognisable locations all over the continent. And there I was foolishly thinking the whole recruiting bit played a major part in the plot. 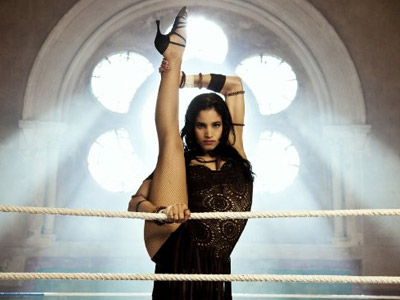 Well. Someone had scrambled eggs for breakfast.


The new crew is assembled and shacking up in a Paris hostel all within the first five minutes. The remaining 90-odd minutes are padded out with spontaneous yet suspiciously well-choreographed dance routines, squabbling, jive-talking, a pillow fight, more dancing, a chilli-eating contest, killer dialogue like "I'm a B-Boy, don't try to make us look stupid!" and, of course, a predictable finale.

Fair enough, it's a dance film, but Christ, we've seen this all before, and at a much higher standard too. Once you've seen one group of baggy-clothed yobs bust a move, you've seen them all. When not on the dance floor, Max Giwa and Dania Pasquini's paper-thin, lazy, plot-hole-ridden story is entirely devoid of ideas.

Meanwhile, the crew are nothing more than lucky extras. With no characterisation or depth, we learn nothing about them or why they'd join a rag-tag dance crew just because some kid off Britain's Got Talent asks them. For a 3D film, they're pretty one-dimensional (ZING). Apart from Hentschal, Sampson, Boutella and Tom Conti, no one else gets a look in. 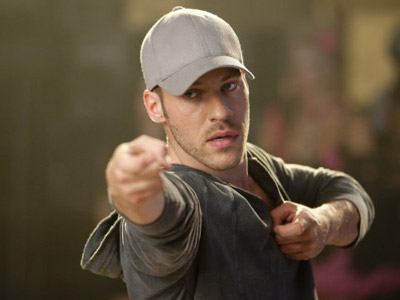 "You. Gimme your fuckin' phone."


At least with your Step Ups, you had characters you could invest in. But dullard Falk Hentschal - whose monotonous tones also provide an unnecessary voiceover - completely lacks charisma. George Sampson reprises his role from StreetDance 3D, but looks like he wouldn't think twice about robbing you. The only thing Sofia Boutella has going for her is a lack of clothes, flexibility and a wiggly arse. Tom Conti's the only one who manages to keep any dignity intact, simply because he smokes a cigar.

Ultimately, StreetDance 2 fails to SAVE THE LAST DANCE. The moves aren't particularly astonishing or imaginative and the 3D is hardly groundbreaking either. It would seem then that the street dance genre really needs to STEP UP its game otherwise it's going to get SERVED.

More:  Max Giwa  Dania Pasquini  StreetDance 2  Dance Movies  Falk Hentschal  George Sampson
Follow us on Twitter @The_Shiznit for more fun features, film reviews and occasional commentary on what the best type of crisps are.
We are using Patreon to cover our hosting fees. So please consider chucking a few digital pennies our way by clicking on this link. Thanks!