Ah, the ol' body switcharoo routine – the calling card of a writer short on ideas. Having featured in (*glances quickly at Wikipedia*) 38 different movies (!), it's safe to say the body swap schtick has been well and truly done to death.


But that hasn't stopped The Hangover scribes Jon Lucas and Scott Moore and Wedding Crashers director David Dobkin giving the over-used genre a proverbial kick up the arse. The trio successfully banish The Hot Chick and Freaky Friday from our collective memories by way of crudeness, swearing and most importantly, boobs - Olivia Wilde and Leslie Mann's boobs, to be precise. Whoah whoah whoah. Let's give this thing a chance. 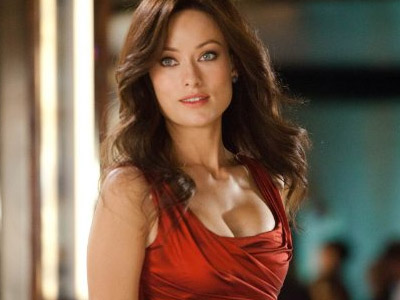 You might have to give me a minute or two.


As is tradition, we're introduced to the body-swapping pair and their opposite lives. Dave (Jason Bateman) is a married, loving father of three and an overworked lawyer, while his best bud Mitch (Ryan Reynolds) is a single, responsibility-shy ladies man and budding actor. After a rare night out together results in them drunkenly pissing in a park fountain while saying they're jealous of each other's lives, they wake up the next morning to discover, yep, they've swapped bodies. And hilarity quickly ensues.

If it wasn't for the superb chemistry between Bateman and Reynolds, who seem to thrive playing against type, the stretched out sketch show-like structure would grow tiresome, with each socially awkward situation competing to top the one before it. But the confidence of the two leads - who look as if they've been BFFs for years - guarantees few dull moments as the plot really allows them to let loose.

We've all see Green Lantern so we know Reynolds has the ability to flip between drama and comedy at the drop of a hat (even if it's not on purpose), but it's Jason Bateman who outdoes himself. Playing near enough the same character in all his films, it's a pleasure to finally see him get hysterical, act like an arrogant arsehole and basically play Ryan Reynolds. Watching him throwing F-bombs all over the place and telling a little girl to solve all her problems with violence are particular highlights - and very un-Bateman. 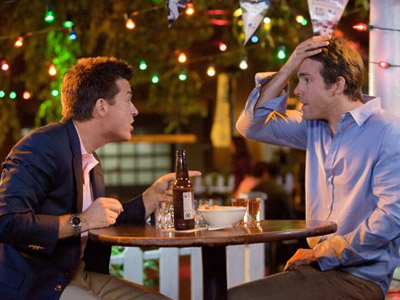 Reynolds knew news of Green Lantern 2 was inevitable, but it still hurt.


Apart from exposing their breasts, Leslie Mann and Olivia Wilde bring plenty to the party too. Mann in particular shines as Dave's increasingly frustrated wife, having lots of fun in a role that would get sidelined in other male-orientated movies. Watching her unload all her marital problems on her teenage babysitter who just wants to go home is possibly the funniest moment of the film. Meanwhile, Olivia Wilde... is erm, well, Olivia GOES wild! (*pauses for laughter*)

The story may be predictable and formulaic, and at times, a touch creepy, but with a sharp, witty script that isn't scared to pour on a bit of emotion, and a fun, confident cast all bringing their A-game, The Change-Up breathes new life into an old routine. And did I mention the breasts?

More:  The Change-Up  Body Swap  Jason Bateman  Ryan Reynolds  Olivia Wilde  Leslie Mann
Follow us on Twitter @The_Shiznit for more fun features, film reviews and occasional commentary on what the best type of crisps are.
We are using Patreon to cover our hosting fees. So please consider chucking a few digital pennies our way by clicking on this link. Thanks!