Last time I saw a documentary that had some scenes dramatised by actors, I think it was 'Women Who Kill: The Rose West Story' or maybe 'Inside Hitler's Bunker' on the Biography Channel. It's never been a very credible device, especially nowadays, when the fashion in documentary is 'stripped back, no narrator'. So The Imposter deserves no end of praise, not only for bucking this trend with its acted-out scenes, but for taking what could've been a weeknight Channel 5 true story and telling it like a truly gripping drama.


It's a true story that would be far-fetched if it was fictional. In 1994 13-year-old Nicholas Barclay disappeared from San Antonio, never to be seen again. In 1997, 23-year-old Frenchman Frédéric Bourdin impersonated a teenager in Spain in order to be taken into a children's home and, fearing his cover was about to be blown, told the authorities he was Barclay, leading the family to come and bring him 'home' to Texas, newly-minted US passport and all. During five months living with the Barclays, he explained away his French accent, different eye colour and changed appearance through a series of lies about having been kidnapped by a child sex ring. 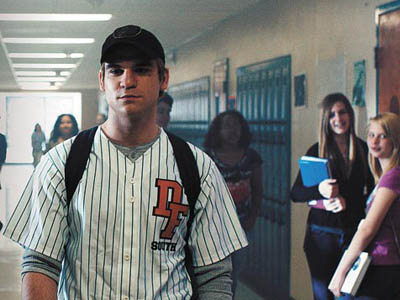 The jersey fooled everyone, but the string of onions would later blow his cover.


The obvious question – how the family ever believed he was their son – soon gives way to the more pertinent one: why they seemingly chose to believe it, in the face of overwhelming evidence to the contrary.

Some of this explanation comes our way through Bourdin himself, the documentary's chief talking head. Director Bart Layton makes the decision to shoot him in constant close-up, which lets us see just how engaging, manipulative, funny, and just plain likeable he is. All the while you're hearing about the con he pulled and the hurt he caused, you're still warming to him. You're almost rooting for him to get away with it.

This is The Imposter's key achievement: it challenges our own notions of truth, and why we accept the things we're told on the basis of how we're told them. You could interpret some of this as a commentary on modern journalism: from our initial standpoint of disgust or shock at Bourdin's actions, Layton drops in details that make us think twice about the Barclay family, just as a tabloid would when it sought to discredit somebody. When Bourdin reveals that he had to imitate Nicholas's hand tattoos for verisimilitude, you think, 'A 13-year-old kid with tattoos?' The mother's history with drugs is mentioned. Suddenly, there are seeds of doubt, expertly planted. Our focus of suspicion begins to shift a little. 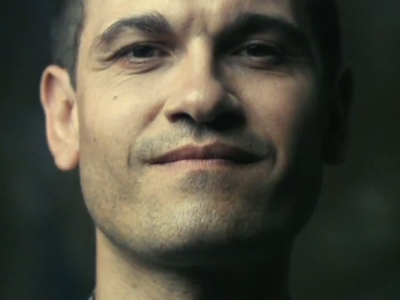 "'Ow I keep my identity secret? Facilement! I talk one octave lower, like ze Bruce Wayne."


Intercut with the talking heads – very pleasingly framed, if that matters much to you – are the aforementioned dramatised scenes. They shouldn't work, but they distinguish themselves from the standard true-crime-documentary technique through being shot with a moody sense of intrigue (you fully see actor Adam O'Brian's face so rarely that I wasn't sure if it was Bourdin playing himself until the end credits), and intelligently spliced into the interviewed narrations, sometimes with full dialogue syncing.

I can't remember a time when cinemagoers were so willing to pay to see documentaries. While still mainly the preserve of the arthouse, films like last year's Senna have gained wider theatre audiences through word of mouth rather than settling for straight DVD or on-demand releases. The Imposter is the kind of film that could blow the doors wide open for documentary. Truly cinematic, it demands to be seen in the theatre rather than at home. But moreover, it simply demands to be seen.

More:  The Imposter  Bart Layton  Documentary
Follow us on Twitter @The_Shiznit for more fun features, film reviews and occasional commentary on what the best type of crisps are.
We are using Patreon to cover our hosting fees. So please consider chucking a few digital pennies our way by clicking on this link. Thanks!