Who wants to play a game? It's called 'I Spy... A Stath Cliche'. It's easy and can be played during any Jason Statham movie. Stath takes his shirt off: check. Stath has sex:check. Stath does that stone-faced scowl: got it! Stath has gun fights and remorseless punch-ups: tick! Finally, Stath blows some shit up: check and check. There's no need to get your Transporter box-set out, because you can try it with The Mechanic - the latest addition to Jason Statham's one-man army sub-genre.

Statham plays Arthur Bishop, an expert 'Mechanic' aka an assassin who specialises in clean, stealthy kills made to look like accidents - so don't ask him to MOT your car. After the death of his good friend and mentor Harry (a coasting, wheelchair-bound Donald Sutherland), Arthur begrudgingly takes his waster of a son, Steve (Ben Foster), under his wing as an apprentice. But there's revenge to be had somewhere down the line - and plenty more Statham cliche boxes to tick. 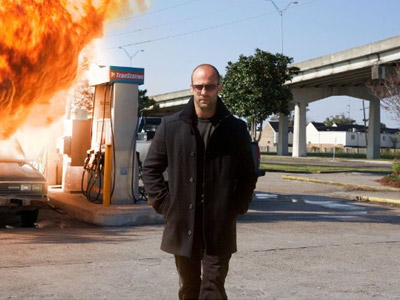 
Plot-wise, it's pretty thin on the ground: hard-nosed veteran trains cocksure rookie is about the size of it. But when a bit more story is thrown into the mix - concerning Arthur's boss, betrayals and more scowling - it's quickly dispensed with in about 20 minutes, before you've even realised what's happened. Hey look over there, something blowing up! Grrrrr!

Never one to stretch his acting chops too far, The Stath trots out his bog-standard action movie persona - all stern looks and gruff requests. Arthur Bishop? Frank Martin? Chev Chelios? There really is little difference. They all fight, shoot guns, make things go bang and have perma-frowns plastered on their massive heads. 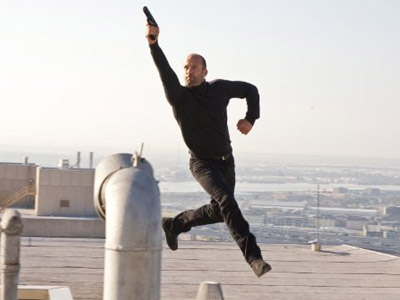 
Whilst not as braindead or silly as similar Statham franchises like The Transporter or Crank, The Mechanic has plenty of bullets left in the chamber - it's just a passable enough piece of action fare to possibly warrant a sequel. In the meantime, let's hope Simon West gets on the phone to Nicolas Cage's mullet and gets Con Air 2 off the ground.

More:  The Mechanic  Jason Statham  Donald Sutherland  Ben Foster
Follow us on Twitter @The_Shiznit for more fun features, film reviews and occasional commentary on what the best type of crisps are.
We are using Patreon to cover our hosting fees. So please consider chucking a few digital pennies our way by clicking on this link. Thanks!