The Missing: season one

You could look at The Missing two ways, I suppose. Either it was ultimately about what happened to the kid or about what his disappearance did to his parents. The latter was more interesting to me but the finale tried a bit too hard to satisfy on both counts, letting them cancel each other out in the end. (Spoilers.)


Maybe you just can't win when writing something like this. Writers Harry and Jack Williams did a great job juggling a lot of competing plot points and hiding the perpetrator away just enough that you didn't guess till the end, but not so much that you felt cheated. Still, a viewer interested mainly in the whodunnit aspect (and there were plenty: look at a few comments boards) could legitimately complain that the entire Ian Garrett plot strand was a dead rubber: nothing to do with Olly's disappearance; a decoy to fill a few episodes. It was there to achieve something else, though: making Tony a murderer to let us know how drastically he'd been changed.

That's what I liked most about the story: it explored the effect on the people left behind, not just the crime itself. Even with the definitive answer to the mystery by the end, Tony has become addicted to looking for Olly, and has no other purpose, so carries on. But the final episode's Russian bookends seemed force-fed to us with this in mind, and the ominous stick figure drawn on the car window just a cheap trick to misdirect. Their existence required a resolution to Olly's whereabouts that wasn't entirely cut and dried, too, making even the most straightforward story arc a bit unsatisfying. Across the eight episodes, every time it did something good, it'd let you down again somehow. 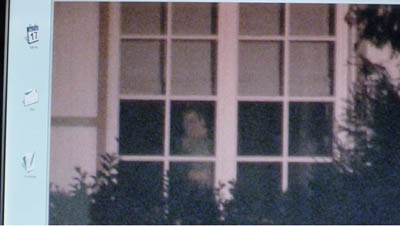 They used the grainy video footage to haunting effect here, repeating the motion of Olly being pulled back from the window over and over GIF-style, like Buzzfeed run by Myra Hindley.


Like the improbably excellent command of English, including complex idioms and metaphors, displayed by all the French characters. (My favourite: "Guilt is like a cancer. You can treat the symptoms, but never erase the source", as relayed by an impoverished French paedophile in his twenties.) Like Nesbitt's annoyingly blunt-instrument performance, bellowing "WHERE'S MY FECKIN' SON?" and lunging at everyone who tries to help him the second they pause for breath. Like its failure to explore how the class of the parents affects media reporting in missing child cases, which would've been interesting.

But Vincent Bourg's whole deal, I liked. It served no narrative purpose: he was ruled out of suspicion early on, and ended up in London (for no reason, I think, other than it meant his scenes could all be in English) working in Dallas Chicken and seeking chemical treatment to stop being a paedophile. Farage-baiting arguments aside as to the lack of vetting at the border and how quickly he obtained NHS treatment, it was fittingly tragic and benefited from its distance from the main story. Bravely, there was no decision made to finally tie him into the Hughes plot to justify why we'd been shown his.

The teaser for a second season confirms what The Missing is: a themed anthology series, True Detective-style. It explains the title, which I always thought a bit weird when there was only one missing child. And it's a far wiser decision than another season with the same characters, with whom we're very much done. High-end, for sure, and with some definite peaks, but no more than a good watch overall.

More:  The Missing  James Nesbitt  Frances OConnor  Tcheky Karyo  Jason Flemyng  Said Taghmaoui  Emilie Dequenne  Titus De Voogdt  Ken Stott  BBC
Follow us on Twitter @The_Shiznit for more fun features, film reviews and occasional commentary on what the best type of crisps are.
We are using Patreon to cover our hosting fees. So please consider chucking a few digital pennies our way by clicking on this link. Thanks!