The Skin I Live In

The chances are that anything you already know about The Skin I Live In actually amounts to very little. "Twisty", "psychological", "a bit of a headfuck"… does that sound about right? Well, yes to all of the above, and the reason you don't know any more is because this film involves a serious, changes-everything table-turn just after the midway point, which means I can't say much about the plot that doesn't run the risk of unleashing a major spoil. (*grits teeth*) Great.


Antonio Banderas stars as Dr Robert Ledgard, a genius plastic surgeon who, haunted by the death of his wife and daughter, has all but retired from surgery. Instead, he focuses his attention on developing a new kind of strong synthetic skin that can withstand all sorts of damage. But unbeknownst to his peers, he is keeping a mysterious woman (Elena Anaya) locked in a room in his house on whom he is conducting experiments. And I think that’s all I can tell you. Oh wait – and Ledgard’s mother stays with him at the house and helps to take care of the woman. But that’s probably not important. OR IS IT? I'm not telling.

Even with my limited experience of Almodóvar's previous works, it’s easy to recognise the Spanish auteur’s trademark sexual undertones, broken narrative and comic frankness. And not many will be surprised by the fact that, for at least the first 30 minutes, you literally won’t have a clue what the fuck is going on. At one point a guy turns up dressed as a tiger. Thankfully, just when the lack of clarification reaches the point of frustration, we begin to get answers. For example, it turns out that the tiger guy had just come from a carnival. 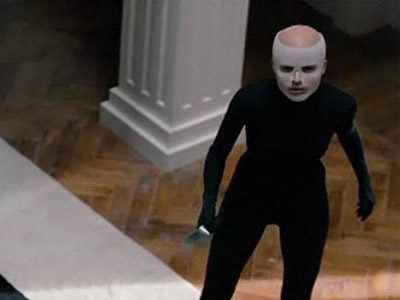 Of course this requires no explanation

And then it’s a steady slope towards the moment when everything falls wonderfully into place. Unusually though, the memorable twist is the kind of big reveal that is usually reserved for the final reel, but here Almodóvar unveils it fairly early on, leaving plenty of time for all the associated implications to sink in. As a result, however, the film does feel like it is missing a big ‘moment’ on which to pin this sudden turn of events. Instead, the timing of the rug-pull really depends on how quickly you put two and two together. In my screening, the audible gasps literally lasted for about 15 minutes as people cottoned on at various times.

What does hold the film together though is Banderas’ superb performance as the obsessed doctor – wracked with conflicted feelings towards his hostage, studying her with affection from afar but examining her clinically up close. As Banderas visibly struggles with his own morals, it’s hard to remember a time when he has been this good in anything. It’s a subtle performance, and one that can only be fully appreciated once the extent of the plot is revealed, but it is quite possibly the best of his career.

In comparison, Elena Anaya, as the furtive prisoner, is held up as the ideal object of complicated fascination – on the one hand a blank canvas for her kidnapper’s tests but also flitting between panic-stricken and sensual at a moment’s notice as she pushes the boundaries of her own circumstances. 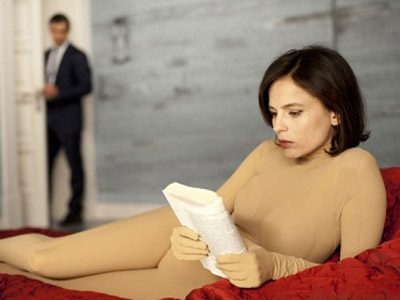 Almodóvar himself paints this psychological conundrum with a suitable melodrama, using stark visuals to add to the sinister overtones and wringing every drop of tension with shrieking violins. At the same time, during more tender scenes, he adopts fluid camerawork and curious framing to enhance the feeling that not everything is as it should be. As if this wasn’t already clear to us when we’re watching a menacing scientist conduct skin experiments on a beautiful woman against her will.

Come the film’s end, it feels like perhaps there should have been more of a definitive conclusion to the story. In fact, given the mystery enveloping the film, you’d be forgiven for expecting one more final twist – one that would make Shyamalan himself pause and rewind. But, alas, Almodóvar chooses to subvert this trope and, as a result, the film fizzles out a little in its third act. However, it is still a remarkable accomplishment from the filmmaker – a movie puzzle that confounds and then unnerves with an impact as shocking as any of the most infamous of cinema last-reel shockers.

More:  The Skin I Live In  Pedro Almodvar  Antonio Banderas
Follow us on Twitter @The_Shiznit for more fun features, film reviews and occasional commentary on what the best type of crisps are.
We are using Patreon to cover our hosting fees. So please consider chucking a few digital pennies our way by clicking on this link. Thanks!