The main problem Marvel faces in rounding up its Avengers is this introduction to the Norse God of Thunder. Can Thor exist in Iron Man's more rational world of implausible tech and high-science? Well, the question seems to be: is a near-omnipotent, hammer-wielding space Viking any less believable than a billionaire shooting lasers from his flying robot suit? As it turns out, no. They're both utterly ridiculous. Now sit back, shut up and enjoy.


With many questioning how Thor might be gently nudged into Marvel's already established comic-book film arena, the answer comes with little subtlety - there's a brief opening scene involving Natalie Portman's love interest Jane Foster before we are plunged silly-shaped helmet first into the celestial world of Asgard.

Here we see Thor (Hemsworth), the arrogant son of worthy king Odin (Hopkins), get tricked by mischievous runt brother Loki (Hiddleston) into starting a war with the Frost Giants, Asgard's cosmic neighbours. As a result, Odin takes away Thor's godlike powers (essentially ‘stealing his thunder') and banishes him from the kingdom. And so, as the Nordic superhuman crashes down to Earth, it seems we have completed our own crash course in Marvel's intergalactic ventures. 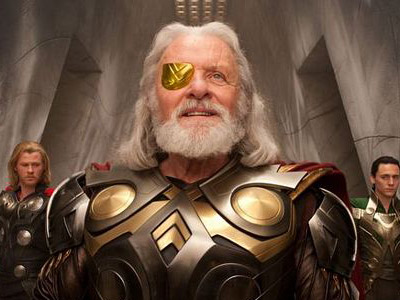 
And yet, it doesn't end there. What follows is almost a dual storyline, as a powerless Thor struggles to recover his equally banished hammer on Earth, while Loki schemes up a growing threat of God-like villains and monsters back in the magical land of beards and gold buildings. The two stories interweave, of course, but the distinct separation, made clear visually by the magnificent set design and wondrous starscape of Asgard compared with the small, dusky New Mexico town, helps to simplify this rather brilliantly introduced grandiose fantasy, which, when you think about it, actually rates a Power Wizard Level 10 on the D&D scale.

Along with the modernised language (a tad surprising considering the comics' oft-used ‘thees', ‘thous' and ‘shalts'), Chris Hemsworth himself does a superb job of selling Thor as savvy Viking - he might not be fluent in human ways but thanks to the Asgardians' uncannily similar lifestyles, he already knows enough to get by and have a good time in the meanwhile. And, more importantly, fun is had at his expense, with the pomposity of such a self-righteous figure allowing for some great and unexpected funnies and one-liners.

The supporting cast are also all up to scratch, with 2011 all-starrer Natalie Portman turning in some great moments, making a potentially thankless role more substantial and aptly conveying chemistry with her ripped co-star. Hopkins, too, for the first time in quite a while, doesn't give an expected ‘phoned-in' performance, instead treating his booming character with the kind of respect he would give to the Shakespearian role that director Kenneth Branagh no doubt convinced him it was. 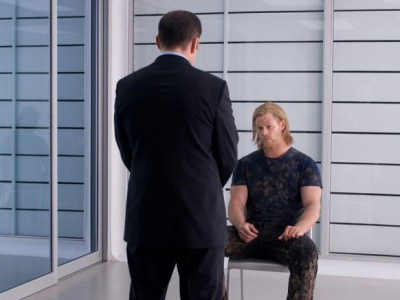 "Stop thy pissing on my foot!"


Special mention also goes to Tom Hiddleston as the slimy brother Loki, who, despite potentially having an entire cosmos in his grasp, is given far more in-depth and believable reasons for his treacherous actions than simply “I want to take over the world”. In this, easily Marvel's most character-driven adaptation to date, Hiddleston plays the villain with a desperate sense of betrayal worthy of his character's motives.

Overall, the film is typical comic-book fare in places - there's some toothless CGI, some shoe-horned geek references and a crane shot of the lead character screaming “NOOOOOO!”. Plus, the heavy layer of mythology applied to this character is the source of a lot confusion leading to a point where you're not sure whether Thor and his Mjölnir need to get to Yondheim or across the Bifrost with the Frost Giants. Or something like that.

At the same time though, rather surprisingly, this is one of the least camp of Marvel's efforts. Branagh and co have taken one of the least relatable superheroes and turned his story, not only into a hugely enjoyable, funny and visually spectacular film, but into a tantalising introduction to next year's The Avengers (make sure you stay after the credits for a great Avengers plot tease). Can Thor and Robert Downey Jr's Tony Stark exist in the same world? Pfft - soon enough they'll be in the same room, and that's going to be seriously fun.

More:  Thor  Marvel  The Avengers
Follow us on Twitter @The_Shiznit for more fun features, film reviews and occasional commentary on what the best type of crisps are.
We are using Patreon to cover our hosting fees. So please consider chucking a few digital pennies our way by clicking on this link. Thanks!