For someone who has starred in some of the best comedies of the past decade, Ben Stiller is hardly a guarantee of good quality. For every couple of Zoolanders, there's a Meet The Fockers. And now he's brought Eddie Murphy out of retirement from credibility to try to remember how to be grown-up funny. Sans fatsuit and everything. With so-so action-comedy director Brett Ratner calling the shots, this is destined for the bargain bin, isn't it? Get ready to be shocked and amazed...

... it's actually rather good. Stiller is on fine straight man form and the ensemble cast all have their turn with great one-liners as the film casually builds towards a farcical heist that quickly spirals out of control. More importantly, Eddie Murphy is pretty fucking funny in it. Sure, it's no classic Murphy from the 80s but it at least makes up for Meet Dave. Or perhaps the first half of Norbit.

Stiller plays Josh Kovacs, a hotel floor manager at The Tower who prides himself on the exemplary personal service that his staff provide. But when swindling penthouse occupier Alan Alda is arrested, the hotel employers realise they have lost their pension money to him and Kovacs vows to break into the hotel and steal the money back from the businessman's safe. 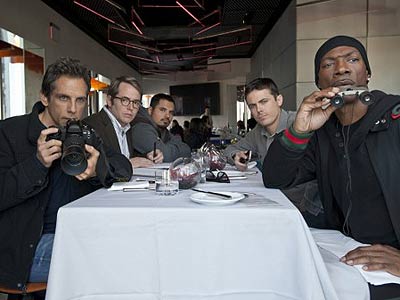 The cast, handily positioned in order of importance

The set-up is achingly familiar and, truth be told, it takes a little too long before the idea of a heist is even raised, but its hard to care because there's never a silly gag too far away. Between Stiller's straight-laced everyman, Murphy's fast-talking criminal, Broderick's bankrupt wreck and Michael Peña's ethnic new guy, all corners of the oddball comedy genre are squarely covered in a way that somehow seems fresh despite the well tried-and-tested formula.

Where the film falls down, if anywhere, is in its confusion about what kind of movie it wants to be. Is it a heist movie? A parody of heist movies? An homage? Once the mismatched team settle upon robbing the hotel, we are treated to a series of what are essentially mini-sketches in which they prepare for the upcoming heist and, at this point, we might as well be watching a spoof; a kind of Yet Another Heist Movie movie, if you will. But when they execute their plans, the story becomes considerably sharper and, all of a sudden, we could easily be watching a decent Ocean's sequel rather than a parody of one. All of which means just one thing: Casey Affleck must have been in a permanent state of bewildered déjà vu on set. 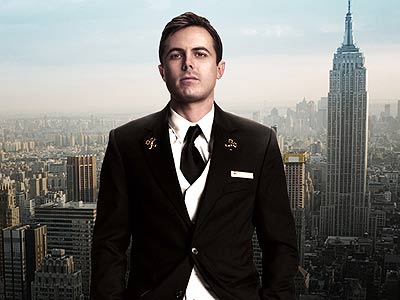 Of course it doesn't matter so much when the film is this enjoyable to watch through and through. When the heist kicks off, the jokes ease off a little but it's in favour of seeing the budget stretch its legs. With surprisingly stylish direction and impressive stuntwork, all set against the backdrop of Manhattan's Thanksgiving Day Parade, this is one of the slickest-looking comedies you'll ever see.

If none of that convinces you, there's always Téa Leoni, a woman I've been in love with since her 90s sitcom The Naked Truth. She still looks and acts pretty much the same here as she does in everything else (which seems to be very little these days), but by God, she does it well. No? Just me? Really?

More:  Tower Heist  Ben Stiller  Eddie Murphy  Brett Ratner
Follow us on Twitter @The_Shiznit for more fun features, film reviews and occasional commentary on what the best type of crisps are.
We are using Patreon to cover our hosting fees. So please consider chucking a few digital pennies our way by clicking on this link. Thanks!