Transformers: Dark Of The Moon

Though I've still not quite recovered from giving Transformers: Revenge Of The Fallen four stars upon release – both from the kicking I got in the comments and the subsequent shock when I rewatched it in horror on DVD – I am still very much in the broad demographic targeted by Michael Bay and the Transformers franchise: people who like to see shit getting blown up. We are a proud, simple people. 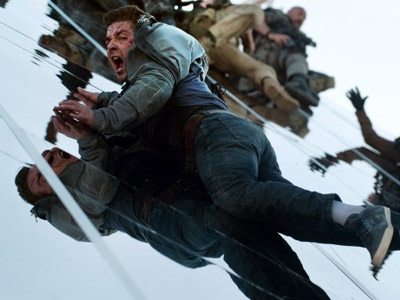 
What I do have a problem with is pretty much everything else. Dark Of The Moon is what happens when you write a script that doesn't matter. In the Transformers machine, the quality of the writing is a very small cog; one which doesn't affect the lumbering, lurching movement of a billion-dollar movie juggernaut. It's entirely superfluous to the movie's existence – it only exists because it has to.

This means we've ended up with a film that is two and a half hours long. There are plot strands that come to nothing; characters who are essentially meaningless; set-pieces that are utterly inconsequential. It's no spoiler to say that, at one point, the Autobots are all considered dead. Then, about three scenes later, they're alive again. Why even bother pretending to kill them off? Oh, right – because you wanted to have a scene in which Shia LaBeouf wears an evil Transformer like a wristwatch. I remember now.

There are literally about a dozen characters who could technically qualify as 'comic relief' if only that wasn't such a gross overstatement. I can only assume John Turturro was wearing an evil Transformer watch, because he displays no recognisable human behaviour. Ken Jeong has a five minute cameo that feels like it was fuelled by energy drinks – I've seen streakers with more restraint. John Malkovich couldn't be reached as he was too busy riding the gravy train. At least Alan Tudyk actually fulfilled his role by, you know, being funny. 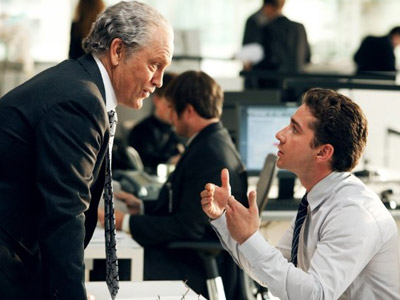 "I keep telling you, John. This is not the accounts department."


Dark Of The Moon is built on a solid foundation – turns out the Moon landing was a cover-up to root through a crashed alien ship – but then Bay spends the next hour trying to knock it down, using the lead weights that are Shia LaBeouf (who was definitely not on cocaine throughout) and love interest Rosie Huntington-Whitely (a talentless pants-horse saddled with dialogue so shitty it's a wonder it doesn't come out of her arse).

LaBeouf's lead Sam is now a kept man, jobless and shacked up with a Victoria's Secret model in her mansion, with only toy robots and a medal from Obama to prove his past heroics. And he's supposed to be the most relatable character. At least he has rich parents to keep him grounded!

With no likeable human characters, Dark Of The Moon becomes a grind until the real robot action starts – and when it does, it's a bloody relief, because at least robots don't have the facial muscles to suck at acting. Thankfully, Michael Bay still directs action very well. It's glossy as fuck, polished to the point of lens flare and insanely detailed. This could be the best-looking action movie ever made – seriously. It's legitimately drop-your-popcorn-and-fumble-awkwardly-in-your-crotch fantastic. Top use of 3D too, I tip my beer-hat to His Bayness. If you like mindless spectacle, this is undoubtedly the frontrunner so far this year. 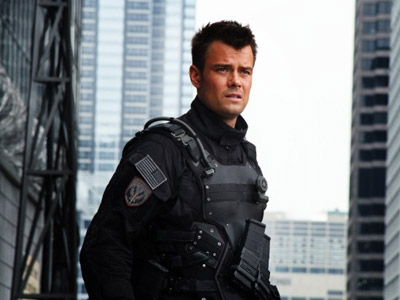 
Regardless, Transformers: Dark Of The Moon is a movie in desperate need of a re-write – and there was no writers' strike to blame this time either. At least an hour could be cut with no repercussions whatsoever. Cut all of Ken Jeong's scenes (and burn them). Forget the shit about the Autobots being exiled. Ditch the tiny RC truck bots (like Skids and Mudflap in miniature) and the professorbot and half of the identikit Decepticons.

There's a far leaner, far slicker, far more enjoyable war movie in here somewhere, but I wouldn't blame you if you're not exactly keen on finding it. As it stands, it's a lame, fence-sitting three stars, but I make no apologies for being shallow and easily pleased.

More:  Transformers  Transformers 3  Transformers Dark Of The Moon  Shia LaBeouf  Michael Bay  Rosie Huntington-Whitely
Follow us on Twitter @The_Shiznit for more fun features, film reviews and occasional commentary on what the best type of crisps are.
We are using Patreon to cover our hosting fees. So please consider chucking a few digital pennies our way by clicking on this link. Thanks!