Who'd have thought Liam Neeson, a man nominated for an Oscar for Schindler's List, would now be earning his keep in action movies; he's beaten up Batman and shared the screen with a cage fighter who could barely string a plausible sentence together. And let's not forget, he knows his way around a lightsaber too...


His latest action romp, Unknown, is a Bourne-esque jaunt around Berlin, complete with memory loss, car chases, fistfights and funny accents. It's more fuel for the fire that proves Neeson is pretty damn convincing in these tough man roles he's taken to so lovingly of late.

After a car accident leaves him in a four-day coma, Dr. Martin Harris (Liam Neeson) awakens to discover that another man (Aiden Quinn) has assumed his identity and taken over his life. No one, not even his (much younger) wife Liz (January Jones), knows who is. Oh, and there are also some mysterious assassins after him too, because apparently identity theft alone isn't exciting enough. 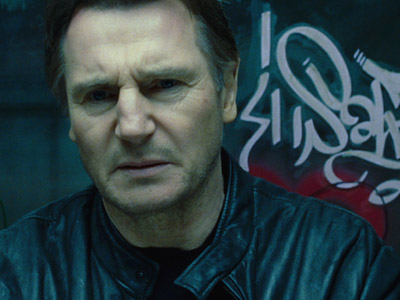 
Stripped down to its pants, Unknown essentially boils down to a series of stupid, contrived decisions. Martin leaves his briefcase at the airport: stupid. He goes to get it without telling the missus: stupid. He gets into a taxi driven by a woman: very stupid. Then she crashes, obviously. However, thanks to everyone's idiocy, we get a gripping, unpredictable thriller that keeps you guessing right up to the climatic conclusion and boasts more twists than a large box of curly fries.

Much like he did in Taken, Neeson carries the weight of the film with ease, elevating proceedings and throwing a good punch or driving backwards in a high-speed pursuit when called upon. It's just a shame he couldn't quite manage the accent. His passport says American, his thick Northern Irish tones say otherwise.

The boobtastic January Jones doesn't have a great deal of screen time or much to do, while Diane Kruger, looking unrecognisable from her turn in Inglourious Basterds as a Bosnian taxi driver, holds her own and doesn't follow the usual conventions required of a hero's female companion. 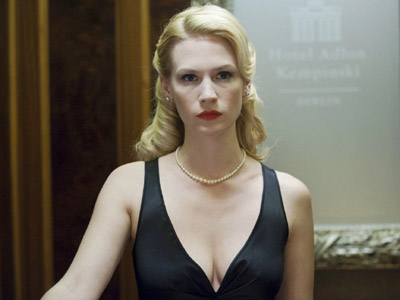 They ran out of Liam Neeson pictures.


Yes, plausibility is stretched to near breaking point, none of it would've happened had he not been so forgetful in the first place, and there are lots of similarities to Bourne et al. But with strong performances, a couple of scene-stealing roles for Frank Langella and Bruno Ganz, a well-paced story and pretty much all the questions answered, this is a surprisingly solid, satisfying thriller.

More:  Unknown  Liam Neeson  Diane Kruger  January Jones
Follow us on Twitter @The_Shiznit for more fun features, film reviews and occasional commentary on what the best type of crisps are.
We are using Patreon to cover our hosting fees. So please consider chucking a few digital pennies our way by clicking on this link. Thanks!