We Steal Secrets: The Story of WikiLeaks

Right, let's stop mucking about with the gifs and the cock jokes. This is a serious documentary about war and lies and cover-ups and stuff. But have no fear: both I and this website are more than capable of sober critical discourse, and will address the subject with no small amount of intellectual rigour. Also, that Julian Assange has funny-looking hair, right guys?

I have often heard it said, or more accurately am pretending to have heard it said for the sake of an arresting opening line, that an interesting subject all but assures a good documentary. Certainly I'll happily sit through a middling one about something interesting – last year's Searching for Sugar Man, for example, I thought a so-so account of a fascinating story, spoiled further by its promotion revealing all its secrets in advance – but the argument voids the idea that there is narrative skill in documentary filmmaking. And there is plenty, of course: the last couple of years have seen some excellent docs in cinemas, most of which have used fictional narrative conventions to tell a real story. The Imposter, essentially a mystery thriller that just happens to be true to life, is the best example. 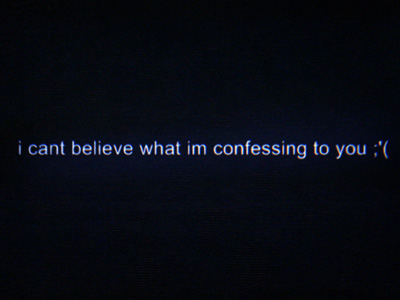 "Dear Mr Manning. I thank you for your leak of classified US military intelligence, but must insist that further correspondence be correctly punctuated."


We Steal Secrets, a documentary about WikiLeaks, Bradley Manning and their release of confidential information pertaining to the Iraq War, uses all the conventions of the modern espionage thriller to tell its story, and the effect is fantastically engaging. Key details are revealed like plot twists. Manning's secure instant messages get typed on screen throughout, aping the style of the surveillance film. (You know: establishing shot of the Pentagon; caption in corner types out 'Arlington, Virginia', that sort of thing.) All it needs is Ed Harris in a cavernous control room, ordering a bunch of headset-wearing keyboard jockeys to bring up details on a big screen.

Though Assange has denounced the film as biased, it maintains a pretty even balance. Like The Imposter, it turns this way and that so you're not sure who to believe. Assange is initially shown as a crusading chancer, sticking his head above the parapet for the sake of the truth. Before long you see how his ego started to play its part, and his status as the site's visible face started to preoccupy him and guide his decisions. Manning's motivations and those of his own whistleblower, Adrian Lamo, are called into question too. Maybe this makes its own point about the nebulous nature of truth. Why, after all, should you believe WikiLeaks? Why believe Manning? Or the State Department? Or, ultimately, this film? 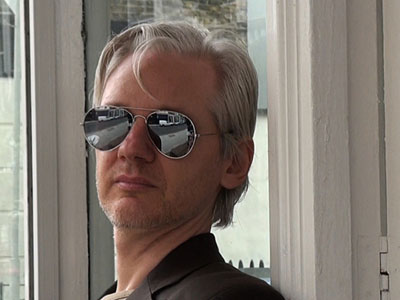 No one in mirrored shades has ever been trustworthy. I think we can all agree on that.


Just from the standpoint of reportage, a good documentary can distil a whole story into a convenient two-hour chunk for people like me. There's a huge amount in We Steal Secrets I didn't know before, and I suspect I'm slap bang in the middle of its key demographic: I tend to consume news in bits, reading headlines and picking up salient morsels, but never quite get the whole thing until someone puts it on TV and gets Martin Sheen to narrate it. I also suspect people like me are the reason WikiLeaks itself hasn't quite changed the world in the way it might have.

See, you tell me there's a website with 390,000 confidential leaked documents on it that expose lies told by the US government about the Iraq War, and instinctively I think: "Sounds interesting. Haven't a clue where I'd start, though. Would I even be able to contextualise it all? Can't someone summarise it for me so I can get on with watching Con Air?" Then, of course, I'd turn to a newspaper or the TV news for the digestible version. Immediately, I'd be subjecting myself to the editorial slant of whichever news outlet I'd chosen, and the WikiLeaks credo of delivering raw information straight to the people is defeated. That's my fault, obviously, for having the attention span of a sugar-addled toddler, but isn't everyone else like me?

It … it's just me, isn't it? Shit. Sorry. Tell you what, I'll go and stand outside the Ecuadorian embassy, and if Julian Assange will come out and meet me, I'll happily apologise in person.

More:  We Steal Secrets The Story Of WikiLeaks  Julian Assange  Alex Gibney  Documentary
Follow us on Twitter @The_Shiznit for more fun features, film reviews and occasional commentary on what the best type of crisps are.
We are using Patreon to cover our hosting fees. So please consider chucking a few digital pennies our way by clicking on this link. Thanks!