What We Do In The Shadows

Finding new ways to exploit the horror genre, particularly the subgenre of vampire lore, is always going to be a difficult task. Try and mix it with romance and you get Twilight. Try mixing it with oodles of sex and you get True Blood. Blend it with shit and you get Dracula Untold. Therefore it goes that flirting with comedy is certain to be the kiss of death, but then every so often, the stars align and you'll get the perfect blend, and mockumentary What We Do In The Shadows is that film. It's warm, charming and hilarious – I could have died from laughing.


As soon as Viago (Taika Waitit) self-consciously rises out of his coffin in the opening minutes and earnestly goes about his daily routines, waking up his flatmates with his cod-Romanian accent, ("Avaken! Avakey-wakey!") it's clear we're in for a fang-tastic time. In faux-documentary style, we meet the four vampire flatmates living in Wellington, New Zealand. There's the previously-mentioned Viago, an 18th-century dandy with OCD who considerately puts newspaper down before every kill; 183 year-old Deacon (Jonathan Brugh), the over-sexed but past his best self-styled bad boy of the group; Vladislav (Jemaine Clement), a "good guy, but a bit of a pervert", whose torture habits have earned him the moniker "Vlad The Poker" (he's over that now), and grumpy 8,000-year-old Petyr (Ben Fransham), a dead-ringer for Nosferatu and, it turns out, a rubbish housemate. 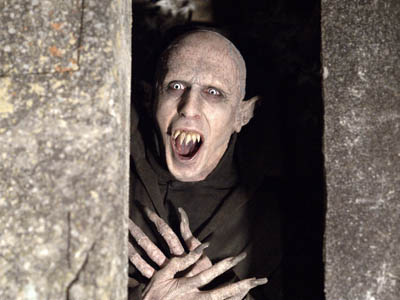 Not a great wingman either.


Despite the fact that they're all dead, these guys are just like any other houseshare, arguing over dirty dishes, squabbling over spinal columns left on the floor and going on the pull in their finest leather pants and fur coats. Into their lives comes Nick (Cori Gonzalez-Macuer), a boorish human who inadvertently joins their ranks and embraces his new supernatural status wholeheartedly, introducing himself to everyone he meets as "Nick the vampire" and running down the streets yelling "I'm TWILIGHT!"

It's knowing nods such as this that help make What We Do so uproariously funny; this is a vampire film that acknowledges all its predecessors, including a Lost Boys-themed dinner party and a sublime answer to the question "why do vampires like virgins?" (It's like a sandwich, but to go any further would just ruin it for everybody.)

The pacing and gags never let up, and before the jokes about being in an eternal flatshare start to become tired there's a Sharks-vs-Jets-style run-in with a pack of polite werewolves, shit hypnosis and settling scores the old-fashioned way: as bats. Even when the plot is seemingly abandoned for shoehorning in more jokes and fooling around, we're treated to unexpected treats such as Deacon's protracted dance of arousal for his pals. It doesn't let up on the bloodletting either, whether it's spraying out of a victim's neck after Viago's botched attempts to spike a vein or Nick literally painting the town red with bloody vomit in a brilliant riff on a typical lads' night out. 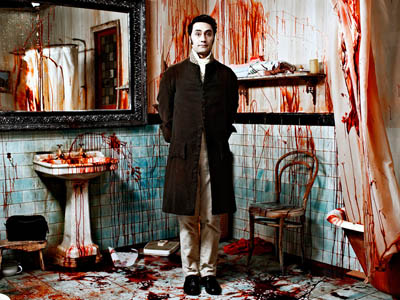 
Everyone is pitch perfect, particularly writer/director Waititi who, for want of a better phrase, brings real warmth to the undead Viago; a moment of reflection after an unexpected death is genuinely touching and comes from nothing more than a quick glance to the camera. Clement is also on top form as the preening Vlad but the best performance comes from the most understated, in the guise of Nick's human mate Stu (Stuart Rutherford, a production assistant who worked on Waititi's previous films, Boy and Eagle Vs Shark). His docile demeanour remains brilliantly consistent throughout – even when he's teaching the boys jujitsu.

From start to finish What We Do In The Shadows is just pure joy, breathing life into a tired old genre and creating characters who you'd actually want to spend time with. If eternal life meant spending it with these guys, I'd be dead up for it.

More:  What We Do In The Shadows  Jemaine Clement  Taika Waititi  Jonathan Brugh  Cori Gonzalez-Macuer  Stuart Rutherford  Ben Fransham  Rhys Darby
Follow us on Twitter @The_Shiznit for more fun features, film reviews and occasional commentary on what the best type of crisps are.
We are using Patreon to cover our hosting fees. So please consider chucking a few digital pennies our way by clicking on this link. Thanks!