Paul Giamatti is the perfect put upon everyman with his hangdog face, protruding beer gut and sleep deprived eyes. There's nothing remotely glamorous about Giamatti, and yet he’s one of the most watchable actors there is. Win Win is a great vehicle for Giamatti's weary average guy routine; his character Mike Flaherty is like Sideways' Miles in an alternate universe in which he ends up happily married with a family.


Mike is a stressed out lawyer, not the sexy striding across a courtroom kind, but the kind that sits behind a desk and helps old folks put their affairs in order. One such old fella is Leo (Burt Young) who is in the early stages of Alzheimer's and has been declared incapacitated. Unable to locate Leo's estranged daughter, the state will become Leo's legal guardian and he'll be moved out of his home into residential care.

After realising that Leo's guardian stands to receive $1500 a month, Mike steps up to be his guardian, with his mind on replacing his clunky boiler and paying the bills rather than Leo's wellbeing. Quite callously, Mike then packs Leo off to a nursing home and pockets the cash every month. (Apologies for the exposition, these are rather dull plot points, but you gotta get the basics down before we can continue.)

Up rocks teenage Kyle (Alex Shaffer), a grandson Leo never knew he had. Kyle has run away from his drug addict mother to live with his grandfather, so Mike and his wife Jackie (Amy Ryan) end up taking Kyle in. It just so happens that Kyle is a former wrestling champ and Mike coaches the school wrestling team. So, to recap, Mike pockets $1500 a month for doing naff all to look after an old man, while the old man's grandson provides the ticket to lead his hopeless wrestling team to victory. 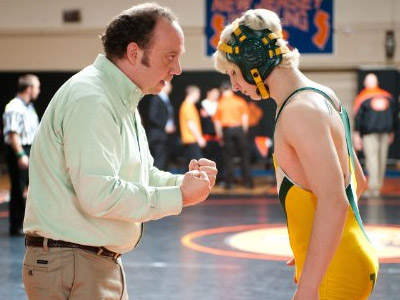 This really was the worst time ever to get a boner.


It's Win Win right? Well, not quite - what kind of indie movie would that be? Trouble, of course, ensues. Kyle's mum Cindy (Melanie Lynskey) shows up rocking the cosy boat. This is where Win Win starts to fall down. As Cindy is the main source of tension in the film, a lot depends on the audience buying into her character, but unfortunately she's a poorly-written character and fails to have the intended dramatic impact. Consequently the film works best when it is playing for laughs.

This is director Thomas McCarthy's third feature and he's devised a formula that works well for him. Take a handful of sympathetic but flawed characters, throw them into a situation together, shake it up and see what happens. As both a writer and director he's great at bringing well-crafted characters to life, but his strength lies in capturing the humour and exasperation of day-to-day life, rather than in creating moments of tension and high drama.

There's a lot to like about Win Win. Giamatti is everything you would hope and the excellent supporting cast bolster the film when it starts flagging. Amy Ryan gives a breezy, assured performance as Mike's no-nonsense better half. Scenes are frequently stolen by Bobby Cannavale as Terry, Mike's man-child friend who throws himself into coaching the wrestling team with the glee of a fat kid in a sweet shop. He fulfils much the same function in The Station Agent as the protagonist's goofball friend, and he does it with a big dose of loveable daftness. 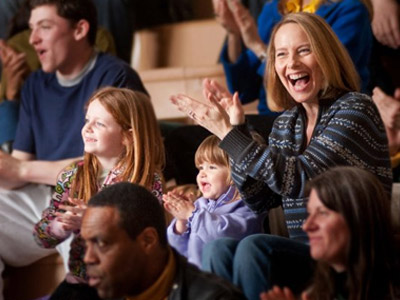 
The film also offers a curious insight into the lycra-clad homoerotic world of high school wrestling. It seems odd to a British audience who spent their school days keeping teammates at arm's length with hockey sticks and cricket bats. Suddenly we're hurled into a sweaty contact sport with cameras placed at some prize angles. Far from being macho meatheads, the school wrestling team is where the awkward dorky kids find solace, and the wrestling scenes are used to good comic effect. If I knew anything at all about wrestling, this review would be littered with wrestling puns, so be thankful you're in the hands of a wrestling retard.

If you have an aversion to low-key American indie films, Win Win will do nothing to change your mind - it ticks all the Little Miss Sunshine boxes, right down to the jangly guitar soundtrack. So, consider yourself warned: if the word "heartwarming" makes you want to punch someone in the face, steer clear.

More:  Win Win  Paul Giamatti  Thomas McCarthy  Amy Ryan
Follow us on Twitter @The_Shiznit for more fun features, film reviews and occasional commentary on what the best type of crisps are.
We are using Patreon to cover our hosting fees. So please consider chucking a few digital pennies our way by clicking on this link. Thanks!