Every time I watch an American high school movie, I always wonder what happens after the prom, after the geek gets the girl, after the kids save the Rec Centre. How people's school lives affect the rest of their adult lives interests me way more than their pointless playground antics, and the fact the credits always roll before you get to see the characters venture into the big, wide world is always frustrating. Anyone who's ever stumbled upon their school bully on Facebook and secretly revelled in their shit life will get a kick out of Young Adult; a movie that shares my fascination with the fragile effect of popularity at an early age.


Charlize Theron plays Mavis Gary, a former prom queen from a small town who parleyed her good looks and ruthlessness into a lucrative gig ghost-riding a series of 'young adult' books aimed at the Twilight crowd. Though she has apparently risen above her hick upbringing, with a well-paying job, an apartment in Massachusetts and a tiny dog, she remains adrift – we first meet Mavis with her face buried in her mattress, last night's clothes still on, chicken fillets still in her bra. An innocuous mass email from her old high school boyfriend Buddy (Patrick Wilson) announcing the birth of his daughter is all the motivation Mavis needs to get dolled up, go back home and try to win back her man. Despite his wife and baby and everything. 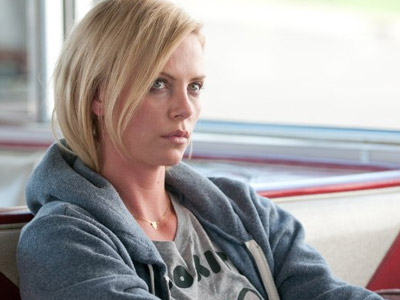 This woman will murder you for an Oscar.


As you might have guessed, Young Adult isn't exactly a laugh riot, coming from a fairly dark place. The fact the characters don't lapse into comical caricature plays in the movie's favour – Reitman and Cody don't shy away from the fact that morally bankrupt Mavis has emotional issues and is quite probably mentally ill.

Last year's Bad Teacher took a similar concept – A-list actress acts like a bitch for major LOLs – and ran it into the ground by virtue of trying too hard without actually being funny. Young Adult isn't especially hilarious, but it at least strikes the right tone, refusing to paint Mavis as a figure of ridicule. She's smart and funny, but she just happens to be a dick. She won't find redemption after being paired with a love interest. 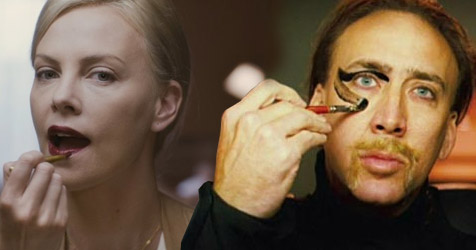 Unless it's this guy. Yeah, I don't know why I made this.


Theron is mesmerising as Mavis, frequently deploying a frighteningly blank stare framed by day old mascara that says more than any cutting insults ever could. The perfect prom queen gone rotten, she looks a picture but displays no responsibility or conscience, feeding her pet Pomeranian straight from the can and flinging her clothes all over her floor. Mavis runs a great line in faux flattery ("I remember," she fibs to ex-classmate Patton Oswalt, "Your locker was right there…"), expending the absolute minimum amount of effort in order to convene with the most basic social niceties.

By contrast, the only time she ever smiles is when she's in the company of ex-jock Patrick Wilson, flirting like an old pro, albeit wildly inappropriately ("I think this song was playing the first time I went down on you!"). 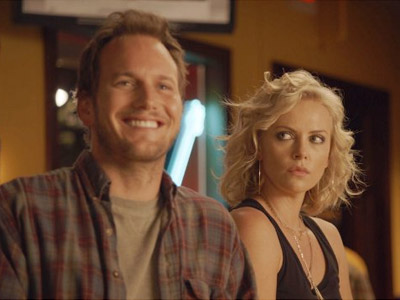 Here's hoping she wasn't this angry when she did it.


Oswalt's character Matt, one of Mavis' former classmates who was crippled in a misguided hate crime, is the closest Young Adult has to a hero. As good as the US comedian is an underplaying the straight man role, his character often feels like a necessity; a sounding board for Theron's character to thwack off of. He's basically meat in the room for her to get drunk with, although that's arguably how Mavis uses him too. Still, it's a pleasure to watch the pair interact, their initial total lack of respect for one another gradually becoming a begrudging admiration.

Lacking the over-polished zing of Juno and the heft of either of Reitman's previous offerings, Young Adult is nonetheless an interesting pseudo-comedy that dares to add depth to its characters instead of just having them be assholes for laughs.

More:  Young Adult  Jason Reitman  Diablo Cody  Charlize Theron  Patrick Wilson  Patton Oswalt
Follow us on Twitter @The_Shiznit for more fun features, film reviews and occasional commentary on what the best type of crisps are.
We are using Patreon to cover our hosting fees. So please consider chucking a few digital pennies our way by clicking on this link. Thanks!