Steven Soderbergh has been quiet since short-changing masturbators with Sasha Grey's boregasm The Girlfriend Experience, but he's making his return to cinema with Contagion, a realistic take on the old 'killer disease' movie. Yeah, it's basically Outbreak without the AIDS monkey. 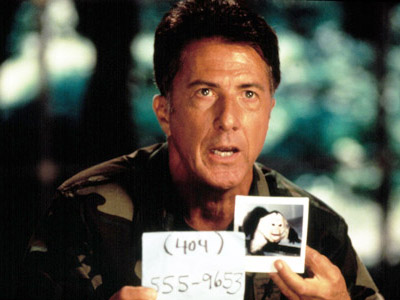 Answers to the name 'Mr Schnookums'. Is hungry and scared.

Yeah, I'd really prefer it with the AIDS monkey.

More:  Contagion  Steven Soderbergh  Matt Damon  Jude Law  Gwyneth Paltrow  Kate Winslet  Laurence Fishburne
Follow us on Twitter @The_Shiznit for more fun features, film reviews and occasional commentary on what the best type of crisps are.
We are using Patreon to cover our hosting fees. So please consider chucking a few digital pennies our way by clicking on this link. Thanks!