Tuck your shirt in, everyone, here comes an Important Film. J. Edgar promises to be the movie this Fall that means way more to Americans than it does to everyone else. I'm not saying the life story of J Edgar Hoover, founder of the FBI and possible homosexual, doesn't sound interesting, but this looks a bit like Robert De Niro's The Good Shepherd, and we all know how that turned out. Well, we would if we stayed awake.

Don't forget, this is a Clint Eastwood film, whose credibility was all but washed away by the tsunami of piss that was Hereafter. There aren't enough Oscars he could win that would take that taste away.


Could go either way, this one: it all looks frightfully serious, with DiCaprio stomping around doing his important voice, touching up Armie Hammer (who rivals The Gos in the swoon stakes) and saying goodbye to his dear mother, Judi 'Leave my Best Supporting Actress Oscar under my doormat' Dench. There's potential for a massive political figure to be humanised, but you suspect Eastwood won't be able to resist lionising him too.

And shit, I can't not mention the old man make-up. It's the visual equivalent of a record scratch. I'm not offering a better alternative to portraying a character in his elder years, I'm not suggesting they recast with a different actor, I'm just saying, when I see a young man playing his older self in geriatric make-up, I just think... 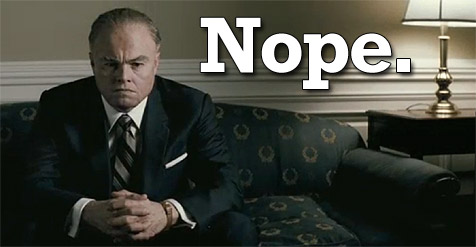 Leonardo DiCaprio already barely looks like the adult version of himself, so having him fill older Hoover's shoes might be a stretch too far. Saying that, when you see what J. Edgar really looked like, maybe he should just be grateful he's not being played by John C Reilly. 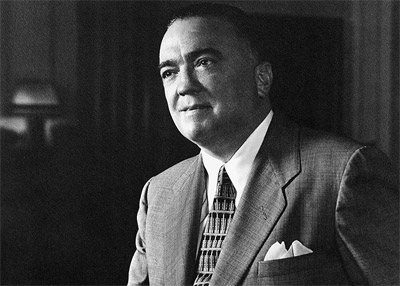 Or Sloth from The Goonies.
More:  J Edgar  Clint Eastwood  Leonardo DiCaprio  Armie Hammer
Follow us on Twitter @The_Shiznit for more fun features, film reviews and occasional commentary on what the best type of crisps are.
We are using Patreon to cover our hosting fees. So please consider chucking a few digital pennies our way by clicking on this link. Thanks!