Apart from that film about the psychotic rubber tyre that murders people, my most anticipated movie of 2011 is probably Submarine. It's a British coming-of-age comedy, only minus the joke about always coming in your pants, and it's directed by Richard Ayoade aka Moss from The IT Crowd aka Dean Lerner from Garth Marenghi's Darkplace. You know, this guy. 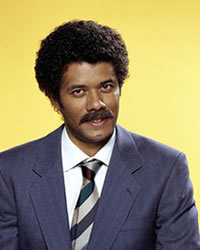 "Come on you queers!"


By all accounts, Submarine is a little slice of brilliance and it's got indie credentials to die for - Ayoade has even been branded 'the British Wes Anderson', as you can tell by all the large, primary coloured fonts and foreign singing and that. You want more indie? How about Sally Hawkins and Noah Taylor? How about Paddy Considine? How about Alex bloody Turner from the Arctic bloody Monkeys doing the soundtrack?

Submarine is released in the UK on 18 March. Make sure that day isn't the day your stupid girlfriend wants to go clubbing or something.

More:  Submarine  Richard Ayoade
Follow us on Twitter @The_Shiznit for more fun features, film reviews and occasional commentary on what the best type of crisps are.
We are using Patreon to cover our hosting fees. So please consider chucking a few digital pennies our way by clicking on this link. Thanks!