THE SHAPE OF WHAT? ER

20 things you idiots didn't know about the Halloween franchise

Halloween is released in cinemas this weekend, and if you’re sat at home, alone, reading this and thinking 'Hasn’t there already been a movie called Halloween?' then oh my god do you need our help you unstoppable moron. Consider this your primer to the entire Halloween franchise: these 20 indisputable facts might even help prevent you from being murdered by Michael Myers himself. Feel free to share with all your friends and repeat the facts herein out loud within earshot of people you respect.

Contrary to popular belief, the movies in the Halloween franchise do not take place on October 31st, because that would be too obvious

In the new David Gordon Green sequel, Michael Myers is not the brother of Laurie Strode but is her yoga teacher who strongly feels he is entitled to payment for a class that Laurie left halfway through

Of all the Halloween sequels, the most derided was Halloween 8, which featured a 25-minute real-time scene in which Myers attempted to solve a sudoku between murders

John Carpenter removed a lengthy scene from the original Halloween where Michael Myers is shown attempting a dump while wearing a full-length boiler suit and a mask; he deemed it “unnecessary” and “disruptive to the narrative flow of the movie”, although it is still included in the cut of the movie that was released on LaserDisc

In the years between the original Halloween movie and this belated sequel, Laurie Strode forewent a life in the spotlight and instead moved to the American Midwest, where she learned extensive cattling skills and taught herself how to lasso, unless I’m thinking of Kiefer Sutherland

If you look closely at the death scenes in the original Halloween movie, Michael Myers never actually murders anyone because technically the knife is what kills them 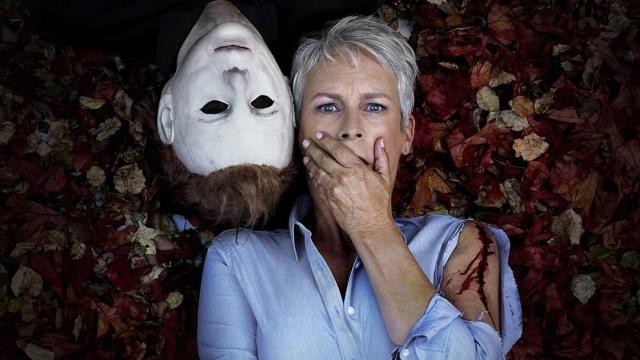 The reason Michael Myers carries a butcher’s knife is to honour his late, great grandfather Chester Q. Myers, who was a local butcher and was hugely respected in the town of Haddonfield, and that’s why he uses a knife to stab little girls in the neck

In 1985, Michael Myers inexplicably appeared in a music video released by the Los Angeles Chargers in the run up to their victorious Super Bowl campaign, and was shown with his arms around cheerleaders raucously singing along to the anthem ‘This Year Gon’ Be Our Year’; Myers would later claim he didn’t recall starring in the video and says that most of his creative decisions in the eighties were fuelled by cocaine

The fictional town of Haddonfield has a notoriously poor irrigation system, leading local fictional farmers to seek subsidies from the fictional US government

Michael Myers claims to not own a television, but mysteriously was able to recognise the theme tune to A Question of Sport, leading friends to believe that actually he does own a television and just likes to pretend he’s too cool to watch TV

Michael Myers can’t swim, which made the mid-90s sequel, Halloween: Aquapark, all the more baffling

In all the time that Freddy Krueger and Jason Voorhees have known him, Michael Myers has never once bought a round

More:  Halloween  Michael Myers  John A Carpenter  Jamie Lee Curtis  Horror
Follow us on Twitter @The_Shiznit for more fun features, film reviews and occasional commentary on what the best type of crisps are.
We are using Patreon to cover our hosting fees. So please consider chucking a few digital pennies our way by clicking on this link. Thanks!