A brief guide to Chicago Fire's focus on characterisation

Some pretty big shoes to fill, then. What Chicago Fire needs, it seems to me, is a real focus on character. Yes, there should be fires; of course there should. But let's see a drama that wants to explore the psyche of those who choose to fight them for a living. That willingness to risk one's life on a daily basis suggests a damaged soul; the viewing of one's own wellbeing as less important than that of others. What of the self-esteem of a person like that? Where does that sort of deep-seated emotional torment come from? Let's dig deeply into that character and see what we find. That's what I say.

So who are the main characters then? 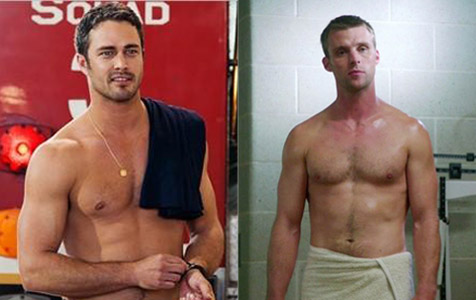 Right. But that's OK, they could just have their shirts off because it's hot or whatever. Chicago gets pretty ... no wait, actually it's pretty much the coldest place I've ever been. There's bound to be narrative justification for it though. Benefit of the doubt. Let's try the supporting cast. 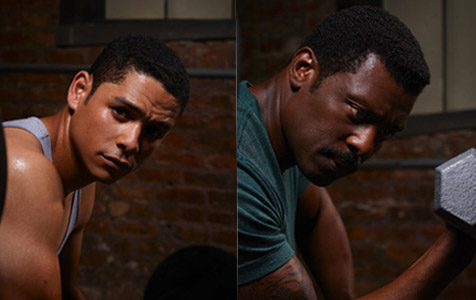 Now these guys ... I mean, they're probably just pumping some iron because it helps them think, and they're thinking really deeply about all the horrors they've seen, and whether they're attracted to fire because in a weird way it mirrors the wild, uncontrollable search for knowledge and self-discovery within them.

OK look, this hasn't gone as I'd planned. But you can be sure they'll keep it real with the female characters. For too long TV has used women in dangerous, demanding jobs as just eye candy, making them look 'feisty' where need be but always with their make-up perfectly applied even when they're covered in blood or soot. But that's just not realistic, and there's no way Chicago Fire's going to make that mistak- oh, shit. 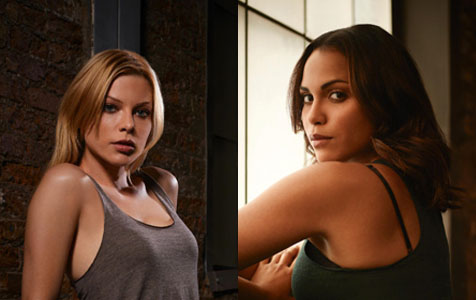 It's not all bad. I'm sure if you throw in a couple of racist nicknames it'll turn out fine.

More:  Chicago Fire  Jesse Spencer  NBC  Sky Living  Inexplicable Shirtlessness
Follow us on Twitter @The_Shiznit for more fun features, film reviews and occasional commentary on what the best type of crisps are.
We are using Patreon to cover our hosting fees. So please consider chucking a few digital pennies our way by clicking on this link. Thanks!