David Walliams has incurred the ire of decent people everywhere by stating on Chris Moyles' Quiz Night that he'd like to perform a sex act on a member of One Direction. The sex act in question was not to 'fuck off'.


Maybe I should stop reading the Daily Telegraph. I don't buy papers, so ever since my free online read of choice, The Times, went behind a paywall, it's been the DT for me. It's extremely well written, but every now and then its slant on an event reminds me that I'm probably not part of its key demographic.

Take its report of a joke David Walliams made on Chris Moyles' Quiz Night about Harry from One Direction, namely that he'd "like to suck his cock". I will now take the controversial step of actually showing you the clip of the event before I encourage you to draw moral conclusions about it.

Sorry it's horizontally reversed. The creator seems to think this is a virtue, having included the word 'flipped' in the title. The rest were all TV screens filmed on cameraphones.
I can't pretend that I find it especially funny; I tired of David Walliams's gay schtick long ago. I think that gay people are still in the main forced to conform to a camp stereotype in order to be successful on mainstream TV - in short, that the TV model of gay people should've been allowed to evolve past John Inman by now (Graham Norton is especially unhelpful in this) - and that Walliams only reinforces this. The fact that he isn't actually gay makes his whole public persona ever so slightly exploitative of a lingering inequality. 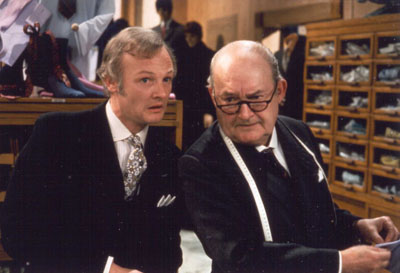 "Have you heard all this fuss about One Direction?"
"Oooh, Juan's erection?"
Etc etc etc

But I do believe David Walliams has the right to say things, funny or otherwise, that might cause offence, especially on Channel 4, which isn't publicly funded. And I also believe that the way the Telegraph reported the story needs some examination.

For a start, it censored the word itself.

"
"
The 40-year-old comedian, who is married to the model Lara Stone and has published four books for children, including The Boy in the Dress and Gangsta Granny, then said: "I'd like to suck his ****."
Leaving aside for the moment the insidious subordinate clause implying how horrific it is that a man capable of crude sexual language would write children's books (they might want to read some Roald Dahl), and moreover that they might encourage transvestism or gang culture, this is the third time in two weeks that the Telegraph has reported an alleged offensive statement by a public figure and censored the actual words they were reported to have said.

First, John Terry's alleged racist abuse of Anton Ferdinand, which in the Telegraph's report was related as 'you ------- black ----'. Then, Tiger Woods's former caddy Steve Williams saying at a public event "My aim was to shove it right up that black --------." In both cases this is a strange decision, first because the use of the word 'black' in these contexts is a million times more offensive than 'fucking', 'cunt' or 'arsehole', respectively, and second because it fundamentally fails to report the issue itself.

In this case, it gives rise to ambiguity. Fair enough, no one's going to assume that Walliams said 'face'. But the four characters could have been 'arse' or 'tits', which would've reduced it to an obviously silly comment because of its anatomical improbability. It could equally have been 'dick' or 'knob', which I would argue are more playful, less sexually charged words in this context. In all three cases, the specific words used are the entire point of the story. Put an offensive language warning at the top of the page if you like, but include them if you're serious about factual reporting. At least include the first letter of each word so we've got something to go on. 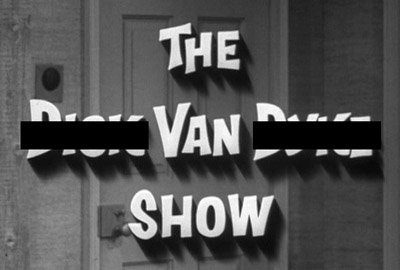 Given its readiness to censor the swears, it's odd that the Telegraph then allows reader comments like these below the article.

"
"
So Walliams IS queer, afterall? There's an epidemic of it. Yuk.
"
"
It is appearing that queers have taken over the media as well as parliament, and that it will soon become compulsory for the rest of us.
"
"
The BBC was always said to be full of queers, years ago. It's a disease.
"
"
Show business attracts that type, especially the mincers. You'll never get rid of it.
On what is presumably a moderated board for a national newspaper this is hard to justify. 'Fucking', 'cunt' and 'arsehole' are all words that some find offensive and would prefer not to see. 'Queer' is a term of homophobic abuse, whether you find it personally offensive or not. There's a distinction, and it's one that the paper seems to have got the wrong way round.

The article goes on to say:

"
"
The show was aired at 10pm, only an hour after the watershed, and is likely to have attracted a large teenage audience.
Note the 'only', which we can infer means that the author would've preferred it to air later. If the show was "likely to have attracted a large teenage audience" (an idea presumably based on Moyles's radio show having a teen audience, which contradicts the regular media catcalls that teenagers are deserting him for younger DJs), then we're saying that the watershed is failing to do its job.

So does the Telegraph want the watershed moved to a later time? For a paper so enamoured of a government that wants less regulation and for society - and in this context, parents of teenagers - to take more personal responsibility, this would seem strange.

Buried at the bottom of the article is this:

"
"
A Channel 4 spokesman said: "The show was appropriately scheduled post-watershed at 10pm and viewers were warned of strong language and adult humour."
So you could argue, or more accurately treat as a simple statement of fact, that the parents of the "large teenage audience" likely to have been watching had ample opportunity to prevent them from doing so. 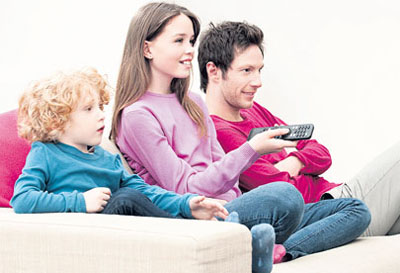 "Sure, we can watch Chris Moyles' Quiz Night. But if he brings Comedy Dave on, it's going straight off."

So to the joke itself, which is one of straight bathos: Moyles and Walliams pretend to be coy about Harry's looks and hair before Walliams cuts through the artifice and makes a straight pronouncement of what they meant. It's the same as that Armstrong and Miller sketch, 'Nude Practice', where great care is taken to place vases in front of the genitals of naked people, before they step out from behind them to show themselves fully in the buff. The latter is far funnier, but the time-honoured structure is enough to make obvious that Walliams says it to demonstrate the silliness of the pretence, not as a statement of intent.

Neither Walliams, as I indicated above, nor Moyles is entirely innocent in their regular acts (Moyles has a case to answer on how he constantly sexualises on-air conversation with his newsreader Tina Daheley, who has little choice but to take it or be labelled a poor sport), but in this case they've done nothing wrong unless you take offence at the idea that people commit homosexual acts. I don't, but as one of its readers I feel like the Telegraph expects me to.

Take Chris Moyles' Quiz Night off air by all means - but do it because it's shit, not because it sometimes uses words you don't like.

More:  Chris Moyles Quiz Night  David Walliams  Chris Moyles  Random  Channel 4
Follow us on Twitter @The_Shiznit for more fun features, film reviews and occasional commentary on what the best type of crisps are.
We are using Patreon to cover our hosting fees. So please consider chucking a few digital pennies our way by clicking on this link. Thanks!