If you were ever wondering when this website would finally hit its tipping point and become 'Ed writes whatever the fuck he pleases without the slightest regard for what people might want to read', it's pretty much exactly now.


I long ago reached the stage where I am unable to sleep without the TV on. These days I have many things to watch, but I prefer not to watch new stuff in bed, because I end up falling asleep halfway through them, then having to try and remember the next day which bits I saw, which bits I slept through, and which were the inbetween bits during which I was just starting to nod off and half of what I remember about it was actually part of the dream I was having.

Then last night it hit me: The West Wing. I could watch classic episodes of The West Wing, then write a not-at-all regular series of articles about them whose self-indulgence people would vaguely tolerate. I've seen them all at least three times, so if I happen to drop off halfway through, no matter. And the world would be a richer place for it, for The West Wing is mankind's greatest creation. It would be a huge success and win me the adulation and respect I so crave. 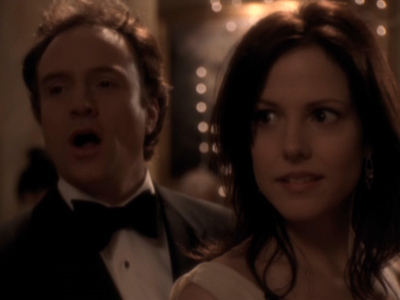 I'm like Josh in a way. No one ever seemed to respect him much, but he won them over by talking very quickly.

The episode I chose was 'Dead Irish Writers' from season three, one of my favourites from the first four seasons (ie the ones Aaron Sorkin wrote), and stands out for me because of how much it manages to give each character a satisfying arc within 40 minutes. It's around the time that President Bartlet's MS has become public, and First Lady Abbey is to find out tomorrow whether her medical licence will be revoked for her role in covering it up, but tonight there's a grand reception for her birthday to get through. Meanwhile ...

Sam receives a visit from his former physics professor trying to get him to lobby a senator who's blocking development of a super-collider. Sam goes at it with typical passion, maybe because he hates the senator, maybe because he just likes winning. 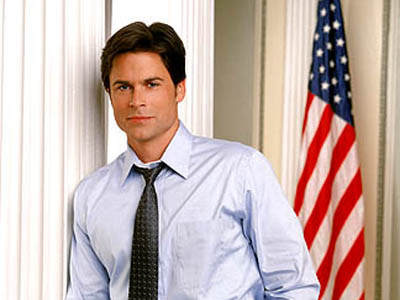 Then he leans in the doorframe for a while with the American flag behind him. You know, just casual, like.
Toby

Toby spends the episode talking to recurring character Lord John Marbury ("Earl of Croy, Earl of Sherborne, Marquess of Needham and Dolby, Baronet of Brycey"), the British Ambassador to the US. The character was often played just for laughs as an English eccentric, but when pressed on serious matters revealed an understanding of global conflict, present and historic, that gave us some of the Wing's hundreds of examples where a real-life issue is addressed through dialogue.

Sorkin's skill at taking a complex issue and simplifying it through a conversation you understand and even laugh at is amazing. The guy just got Oscar-nominated for a screenplay about spreadsheets, for crying out loud.
Donna

The Secret Service won't let Donna into the reception because she's suddenly become a Canadian because of a border realignment. Instead, she ends up drinking with Amy, Abbey and CJ, and manages to really cross the line. In doing so, she makes the First Lady realise something about herself and influences her decision to voluntarily give up her medical licence for the duration of her husband's presidency. 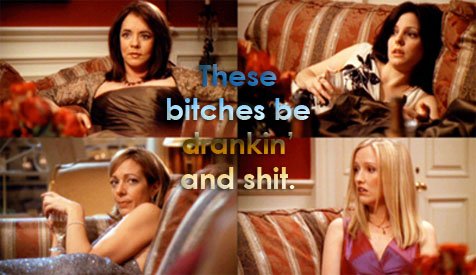 Josh is in a relationship with Amy Gardner, who strong-arms him into shortlisting more women for a senior White House position by getting the First Lady to do it for her.

Amy is played by Mary-Louise Parker, who was, is, and always will be astonishingly hot. That is all. 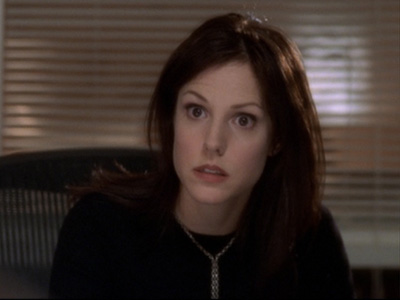 (*cries*)
It must be difficult to fit this much into one 40-minute episode without compromising on some of the threads. It must be basically impossible to write four seasons' worth of episodes of similar quality more or less on your own. Essentially, you have to be this guy. 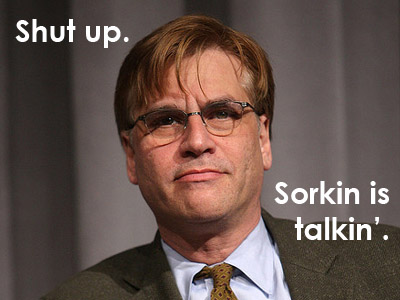 More:  The West Wing  NBC
Follow us on Twitter @The_Shiznit for more fun features, film reviews and occasional commentary on what the best type of crisps are.
We are using Patreon to cover our hosting fees. So please consider chucking a few digital pennies our way by clicking on this link. Thanks!