The events in this week's episode are the reason why I have trust issues. It's no wonder Max took off for five weeks.

Whitney from New York contacted the show concerning her long-distance romance with Bre, who was from California. If you don't know US geography that well, they live on opposite sides of the country.

After meeting on a dating site they had fallen in love and talked regularly, but all signs were pointing to a classic catfish: Bre was an exotic dancer, had only ever sent Whitney two pictures of herself and couldn't video chat with Whitney because she didn't have Wi-fi. I'm sorry, is this 2002? For some reason Whitney had put up with this for four years, and money was tight meaning she couldn't afford to visit Bre herself.

Wanting answers, Whitney turned to Catfish in the hope she would find out Bre was who she said she was, because Whitney hated liars and couldn't stress this point enough. She hated being duplicity and couldn't stand deceit. She disliked dishonesty and people being Janus-faced. Straight up she thought all liars should be rounded up and fired off in a rocket to the sun.

At this point Nev and Max may have well just have handed Whitney a shovel to dig her own hole as she went on to explain she went off Facebook for a while after a death in the family, only to return to loads of friend requests – one of whom could have been Bre, but she wasn't sure because not all the requests had names. The only info she could give Nav was her phone number and the fact she had the word "Luscious" tattooed on her leg.

If you can smell burning, that's because Whitney's pants are on fire.
The hook

A quick search revealed that Bre's phone number was an internet one, meaning she had lied to Whitney about not having Wi-fi and therefore not being able to video chat, when in fact she'd been using Wi-fi to text Whitney that she didn't have Wi-fi! The nerve.

Next they searched for Bre's email, which threw up a Twitter account in California but with pictures of a different girl. An image search of the photos Whitney had provided led them to the multiple profiles of a girl called Kash. Max theorised that the two girls might know each other as they both appeared to be based in Los Angeles. Thanks Max, we've really missed that kind of lateral thinking. 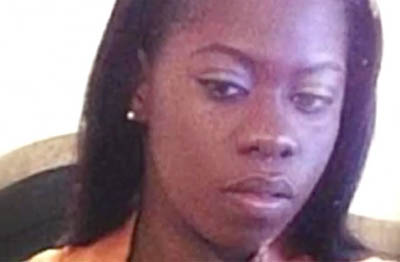 
Nev contacted Kash, who was well aware that someone else was using her photos – it was her close friend Bre, who didn't want anyone to know what she looked like, so Kash agreed she could use her pictures. In a further twist, Kash revealed that Whitney and Bre were definitely friends on Facebook, but Bre used the name "Luscious B".

Using the login details Whitney had willingly, but probably stupidly, given up, Nev trawled Whitney's messages like a suspicious wife and uncovered pages of conversations between Whitney and Bre – some as recent as last week. And they appeared to show that the two women had actually video-chatted. Catfish had finally been catfished – but they had forgotten to let Kash know what they were up to.

Angry at being duped for at best the price of a plane ticket and at worst TV fame, the crew decided not to confront Whitney straight away and instead gauge her reaction as they went through their research. Whitney managed to keep her poker face on, even when she "discovered" her photos of Bre were of someone else, but she still had the balls to say how much she hated lying.

As soon as Nev mentioned the Luscious B profile, Whitney started to look visibly uncomfortable. He then played his trump card: messages on Facebook remain even if the two people unfriend each other and Whitney's scheme was about as well thought out as a villain from Scooby Doo running around a theme park with a bed sheet over their head.

Eventually she admitted that the whole thing was Bre's idea so that they could get Catfish to foot the bill for them to meet. She wasn't comfortable with lying to the show, but wanted to find out if Bre was genuine about them moving in together. This left Nev in a dilemma – do they stand in the way of what could be true love, just because they were lied to? 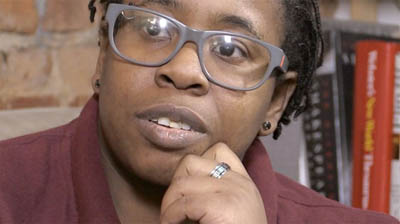 The face of a woman whose thin tissue of lies has come falling down like a house of cards or something.


To help decide what to do, they called Bre who confirmed what Whitney told them: it was all her idea but she was just desperate to meet her online girlfriend. It's clear their scheme wasn't just about getting on TV and the distance between them was proving to be too much.

Disappointingly, unlike in previous episodes where they've been duped, Max did not throw his tiny camera down and stomp off, and Nev didn't throw anyone's phone into a river. Being the good guys that they are, they immediately forgave Whitney and agreed to help them meet, which seemed too good to be true. I think we all know by now that I personally wouldn't have been so forgiving and would probably have shown Whitney the plane ticket to LA only to set light to it in front of her, before forcing her to eat the ashes as a metaphor for me swallowing her lies.

The gang arrived in sunny California to unite Whitney with her girlfriend Bre, who bounded across the park and straight into Whitney's arms, overjoyed to see her. If I had a heart, it would have burst. But instead all I have is a cold, black stone, shaped that way because of betrayal.

Although they haven't put a label on their relationship, Whitey and Bre made the most of their time together in LA, wink wink. They are now able to fly back and forth to see each other as both their financial situations have improved, which is enough to satisfy Nev and Max but send me into a rage: if they had just waited a few months, they could have met up anyway and not got Max and Nev and ME tangled in their web of lies and then get rewarded for it. First Max disappears and now this. You've changed, Catfish.