He's alive every time you watch a Wes Anderson film and time slows down to better appreciate him.

He's alive when you watch Frances Ha and Greta Gerwig pirouettes down Catherine Street to 'Modern Love', exuberant and giddy and lighter than air, because that's how it makes you feel.

He's alive when Inglourious Basterds comes to a blazing end and pours gasoline on the old regime with 'Cat People (Putting Out Fires)'.

He's alive when Jack Black and a new generation of Bowie fans pay honour to 'Moonage Daydream' in School Of Rock. 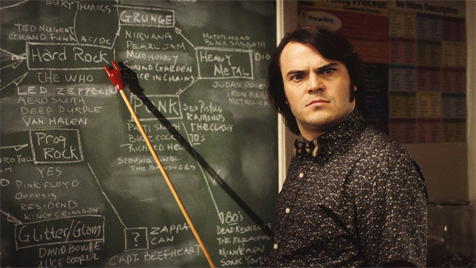 He's alive when you watch Extras and see him sing the words "Chubby little loser, national joke" to Ricky Gervais a good five years before it was fashionable to do so. 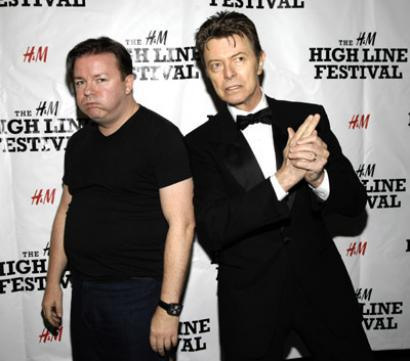 He's alive every time you watch Zoolander, somehow even more impossibly self-aware and brilliant and funny than you remember, presiding over a male model 'walk-off' that culminates in a man wedgieing himself without his effortless cool ever coming into question.

He's alive when a director takes the easy option and chooses to score their sports movie with 'Heroes'; a song so pure and hopeful and perfect you always forgive its use, no matter the context.

start to sink in.

He's alive at Christmas, when you watch The Snowman and remember his intro, and when you start humming 'Little Drummer Boy' and remember how bizarre yet totally appropriate it was for him to be sharing a piano with Bing Crosby.

He's alive when you watch The Prestige and he inhabits the body of Nikola Tesla and somehow manages to be both men at once: electric and out of time and mysterious and weird and wonderful and completely, irresistably watchable.

He's alive when you watch Basquiat, which admittedly is not all that often, and you realise that he's probably the only man in the universe that can do Andy Warhol justice. 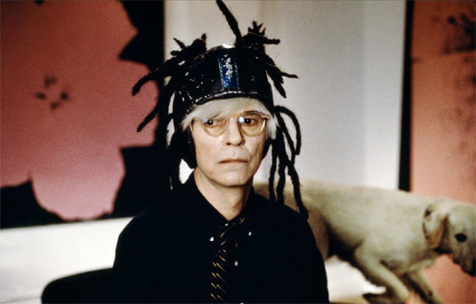 He's even alive when you watch Labyrinth and listen to 'Magic Dance' and you realise that even his silliest song is still about one thousand times more credible than 'The Frog Chorus' and that Paul McCartney never wore waist-high grey jodhpurs that effectively outlined his thunder.

He's alive when you watch movies by Scorsese and Roeg and Landis and Lynch and Scott and you realise that making movies was just something he did for a laugh.

He's alive every time a filmmaker needs a piece of instantly recognisable music that immediately signifies cool or angst or tragedy or joy.

More:  David Bowie  RIP
Follow us on Twitter @The_Shiznit for more fun features, film reviews and occasional commentary on what the best type of crisps are.
We are using Patreon to cover our hosting fees. So please consider chucking a few digital pennies our way by clicking on this link. Thanks!