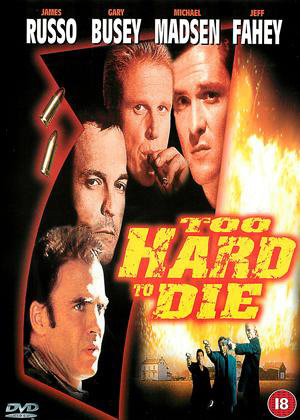 Possible Die Hard sequel plot synopsis: After beating the odds again and surviving yet another gun-blazing terrorist incident, John McClane starts to question his own invulnerability, realising for the first time that he is actually immortal. And will live forever. Come out to the coast, we'll get together, have a few laughs... then live out the rest of a lonely existence indefinitely while everyone I know and love dies around me.

Actual plot synopsis: When Danny and his gang attempt to rob the warehouse of a mob boss, they find themselves on the run. Danny goes back to his hometown to find his mother has recently died leaving him the farm on the condition that he must open the dairy and run it for two years.

Actual tagline: Every turn was a wrong turn. 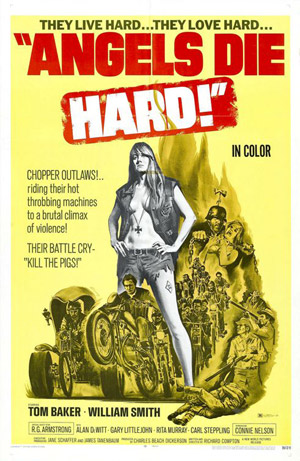 Possible Die Hard sequel plot synopsis: Having already died hard at the end of the last Die Hard, John McClane discovers that terrorism reigns even in the afterlife. How can the same shit happen to the same guy for the rest of all eternity?

Actual plot synopsis: A gang of bikers try to save people in a mining disaster. 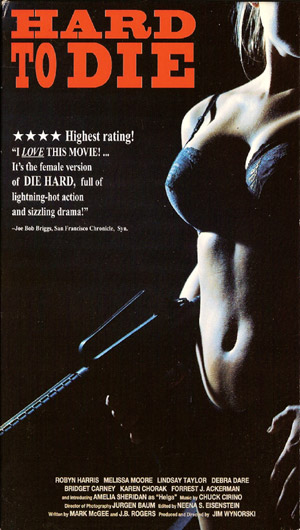 Possible Die Hard sequel plot synopsis: As the years go on for John McClane, he discovers that his aged skin is now so leathery that it is actually impenetrable to bullets and small knives. He is literally too hard to die. Now I know what a TV dinner feels like. To touch.

Actual plot synopsis: Five buxom and scantily clad women are left alone to take inventory at a lingerie company. The janitor is kind of spooky, and there are rumors about him being involved in a tragic incident a few years back, and he's giving them the heebie-jeebies. They accidentally open a mysterious package and something other-worldly escapes, and they must fend for their lives.

Actual tagline: It's the female version of DIE HARD!

Best user review quote: "i watch this film daily to prepare for life. wonderful acting, plot, special fx!!! who is the killer? i still don't know after 233 viewings."
Don't Die Too Hard! (2001) 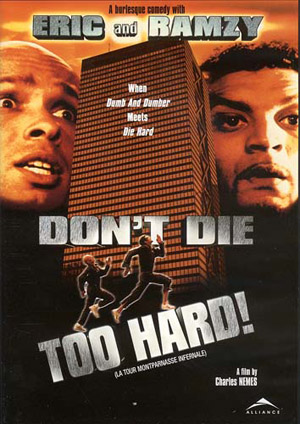 Possible Die Hard sequel plot synopsis: Having defeated terrorists on no less than 23 separate occasions, there is now nothing left for an 97-year-old John McClane to do except peacefully pass away in his sleep. Assisted by his children. Welcome to the euthanasia party, pal!

Actual plot synopsis: Two window washers witness a gang of terrorists seize the Montparnasse skyscraper in Paris and take its late-night occupants hostage. Knowing that only they can save the day, Eric and Ramzy swing into action.

Best user review quote: "Apparently in France it is still okay to have homophobia in the films, but I found it a little jarring."
Die Hard Dracula 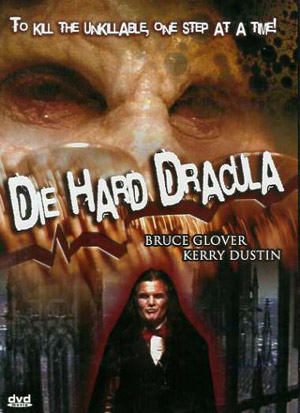 Possible Die Hard sequel plot synopsis: As the arena for terrorist activity widens with every movie, John McClane follows up the inevitable Die Hard In Space with a foray into the supernatural. Yippee-ki-yay, mothersucker!

Actual plot synopsis: A modern-day updating of the Dracula legend that finds Steven, a good-looking American hero devastated by the death of his girlfriend, wandering through Europe and looking for happiness. A car accident leads him to a small town sitting literally in the shadow of Dracula's castle.

Actual tagline: To kill the unkillable, one step at a time. 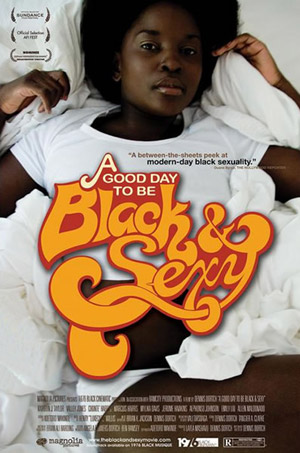 Best user review quote: "It has the power to do for adult black audiences what DEEP THROAT did for hip couples in the 1970's."

More:  Die Hard Week  Die Hard  Bruce Willis  A Good Day To Die Hard
Follow us on Twitter @The_Shiznit for more fun features, film reviews and occasional commentary on what the best type of crisps are.
We are using Patreon to cover our hosting fees. So please consider chucking a few digital pennies our way by clicking on this link. Thanks!