DVD weekly: Abbeys, families and This Is Jinsys

Welcome to this week's rundown of the new telly show releases on DVD and Blu-ray. You got money? You got a DVD player? You got such low self-esteem that you'll choose your purchases based on our opinion? Step this way, friend. 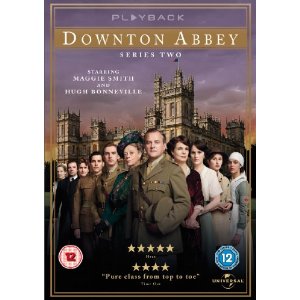 Who'd have thought that stately manor houses and an exploration of class divide would result in such a crazy popular show. I read a stat recently that said the first series of Downton Abbey is the biggest-selling DVD boxset of all time in the UK, outselling Friends and Lost. Now, I can't be bothered to Google fact check, but that can't be right, can it? I love the sexual tension between Matthew and Lady Mary, don't get me wrong, but more popular than Friends? That must be the work of a lot of Mothers Day presents.

But yes, I am unashamed (well maybe a little) to say that I count myself among the surprisingly many male fans of the series, in a phenomenon highlighted by some unimaginative PR person as 'Manton Abbey'. Seriously, that's apparently a thing - I got an email about it.

In this second series of the show, The class divide begins to show signs of collapse as master and servant work together in a combined First World War effort. Even some of the ladies are forced to roll up their sleeves (while being careful not to reveal too much skin) and muck in.

Along the way, there are shock tragedies, scandals and tension but with an abundance of class and sophistication so as to disguise the fact that this show is really just a nice-looking soap. While many fans complained that this series opted for more fast-moving "ridiculous" storylines than the first series, I just put it down to escalation: series 2 should always try to outdo series 1. You know what happens when a show doesn't try continually up its game in this way? The Last Of The Summer Wine, that's what. And nobody wants another one of them.

No doubt this boxset will sell another metric fuckload of copies by virtue of Christmas being round the corner and mum will either want this or the Michael Buble album. It deserves it though; this is easily the most dynamic period drama I've seen since the last menstrually charged argument I had with my missus. 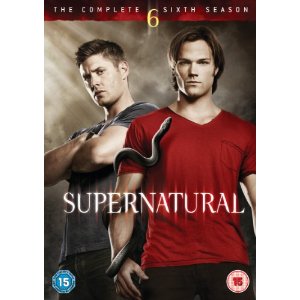 Every long-lasting great show has a tipping point where it seems to reach a fitting conclusion to the entire saga, only to then carry on regardless. I'm concerned that Supernatural's optimum ending was the finale to season 5 - it was by no means a happy ending, but it certainly seemed final. Now though, season 6 is available to buy and, while it's still an excellent show, you can't help but sense that the first half of the series is spent writing itself out of the situation it starts in.

Sam comes back from the dead, albeit with no soul, and Dean must accept that he can't keep his newfound family life while also being a hunter. They're worthy avenues to explore in the Winchester tale, but ultimately you're waiting for everything to get back to the original formula and for them to hit the road, carrying on as wayward sons.

When it hits it's stride again though, Supernatural is back on excellent form, mixing monster-of-the-week episodes, with ones that develop the overall story arc (in which the brothers are still fighting gods and angels as opposed to vampires and demons - this what happens when you keep escalating). There's also a couple of typical novelty episodes, one of which see Sam and Dean get transferred to an alternate reality in which they become Jared Padalecki and Jensen Ackles playing Sam and Dean in a TV show called 'Supernatural'. (*rolls eyes*) Oh you crazy writer guys...

Read our rundown of the Supernatural story so far

This Is Jinsy (DVD)
Buy the DVD on Amazon 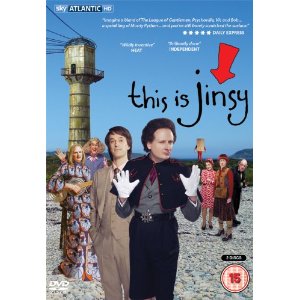 I kept seeing adverts for this but never got round to catching it myself. Care to join me in a little social experiment? I'll pick a clip from YouTube completely at random and use it to form an opinion of the whole series, which I will then sum up in one word. Ready? 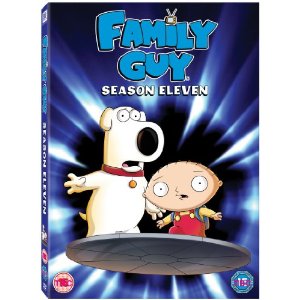 Everyone cheered when Family Guy was brought back from cancellation for a fourth series but now, seven years later, you have to wonder when it's safe to mention the 'c' word again. I haven't even seen this series but I'm sure I can expect lots of inappropriate gags about mental illness/racism/homosexuality/rape and lots of surreal, self-aware cut- aways to comic asides. Seven years ago, it was hilarious. Now? S'alright. 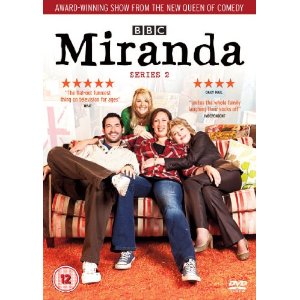 I was amazed when I recently found out that this show had quite a polarising effect on it's audience with, after asking a handful of people in my office, about a 50-50 split between liking it and hating it. This surprised me because I thought we all agreed that it was unfunny, unmemorable tat. No? Well, from my extensive research, I predict that this release will only sell half of it's copies. Mind you, if that's half of the population of the whole country, that's still quite a lot. I'll admit it - I don't know how these things work.

One Tree Hill - Season 8 (DVD)
Buy the DVD on Amazon 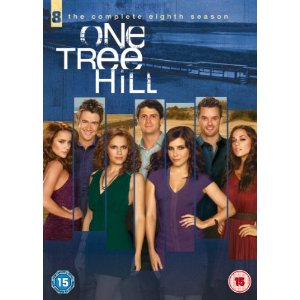 Jesus Christ - this is still going? They must all be in their mid-thirties now. Do they...do they still play basketball? Do they still have the "I don't wanna be anyone other than me" theme tune? Cos, what with all the overwrought drama they must have experienced over the past eight years, maybe it's time they DID want to be someone else?
Also out this week