DVD weekly: inside jobs and outer space. And pig fucking.

Last week's DVD Weekly was pathetic, let's just forget about it and move on. It's okay, TV - we forgive you. Just... try not to let it happen again. 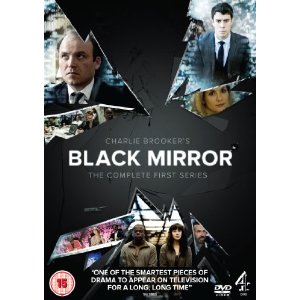 If you didn't catch Black Mirror on Channel 4 the first time round - perhaps you heard what the first one was about and spent the next few weeks telling your colleagues how sick and twisted it was, and how they must be depraved and wrong in the head, despite having never watched a single second of it yourself - then I strongly recommend you rent it or buy it on DVD now.

Charlie Brooker's dark comedy drama series (a phrase that is branded on and bandied about anything that has a bit of an adult sensibility, but which perfectly apt in this case) covers the worst side of modern culture and the ideals it would seem to have were you an alien that landed in Nottingham on a Saturday night.

The eponymous "black mirror" was defined by Charlie himself as that shiny shiny screen on our teles and iPods and Androids and PlayStations which reflects us back, but colder and darker. The show itself was a three-part serial, each episode a stand alone drama, like an Outer Limits mixed with... well, a really ranty Charlie Brooker Guardian article.

The idiom "those who can't create, critique" was never more wrong than in Brooker's case. Yes, he has been writing scathing reviews of television and society in general for years, but he's also been responsible for some of the best factual and fictional TV of the century with Screen and Newswipe and everyone's favourite series of Big Brother, Dead Set. Yes, it is only a 12 year old century, but that's still a pretty good reputation.

Maybe don't try and watch them all at once though.


Inside Men (DVD)
Buy the DVD on Amazon 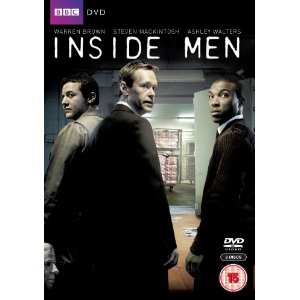 I did not see this, but I imagine it has fewer colonoscopies than the title suggests.

In all honesty, Inside Men didn't really appeal to me and I think I may have missed out if the three reviews on a particular popular DVD purchasing website are anything to go by.

From the trailers, and indeed the title, it seemed to me to be a straightforward heist yarn where some "men" in a bank pull an "inside" job. There was bound to be some drama, a plot twist or two and some peripheral characters we could emotionally connect with who would then turn out to be either unexpected goodies, or duplicitous baddies.

The four-part drama jumped back and forth from the lead up to the aftermath, and mixed in some of the actual job itself, just to keep you on your toes. And it has Asher D from So Solid Crew in it, and I'm sure he's grand.

There. We did it without any thinly-veiled gay jokes. What? Oh. For shame. 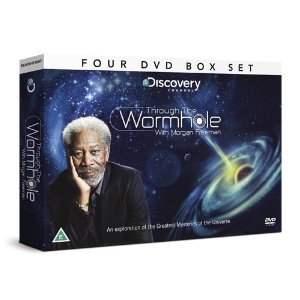 Imagine, if you will, the BBC's acclaimed Wonders series in all its majesty and charm. Now, remove Professor Brian Cox's perfectly lovely Lancastrian drawl and replace it with Morgan Freeman's God Voice.

Now take out some of the more mind-bending aspects of Wonders Of The Universe, until it's like a second year physics lesson and BOOM, there you have it: Morgan Freeman Through The Wormhole.

MFTTW (that's marginally better) was a series shown on the Discovery Channel in the USA in 2010-2011 which was actually conceived to piggyback on the "Rock Star" scientists like Cox, but it falls down by just not being as good.

You'd think the country that homes NASA, Wall-E and Deadwood could combine all those things AND Morgan Freeman and create an unmissable, psyche-expanding, knowledge fest. Inexplicably, the Discovery Channel have brought forth all the worst bits of science class. It's tedious, cheap, the talking heads are drawn out and unengaging, and worst of all watching it gives you some serious motion sickness.

It could have been awe-inspiring, but it misses the mark by a few billion light years.

Errol Flynn's Cuban Story DVD
The Royal - Series 2 DVD
Heartland: The Complete Fourth Season DVD
The Classic Age Of Steam DVD
More:  DVD Weekly  Black Mirror  Charlie Brooker  Rory Kinnear  Inside Men  Steven Mackintosh  Warren Brown
Follow us on Twitter @The_Shiznit for more fun features, film reviews and occasional commentary on what the best type of crisps are.
We are using Patreon to cover our hosting fees. So please consider chucking a few digital pennies our way by clicking on this link. Thanks!