Entourage cast hug it out, twitches

Entourage just shot its last episode EVAH and the cast seemed to spend most of the day tweeting about it on their tweet-machines. Thus, if we copy and paste those tweets and stick them in here a couple of days later, isn't it a bit like we're live-blogging it ourselves? And doesn't that mean we've really got our fingers on the pulse, like CNN or something?

Let's break this down into a blow-by-blow account of EXACTLY what went on. I'm not going to mug you off with some shit-heel summary of events: hell no. That would demean us both.

So first off, here's what Adrian Grenier said the day before.

"
"
Two days left of shooting Entourage; 8 years in 2 days. I don't know what I'll miss more, the laughs or the love.
Then on the day:

"
"
Last day of school!
And I was like HOLY FUCK. You know in every movie trailer ever when someone is getting ready to have the final fight with the bad guy and he says: "This all ends ' tonight"? It was a lot like that.

Then he chucked in a pic of him and the bird what plays Sloan. 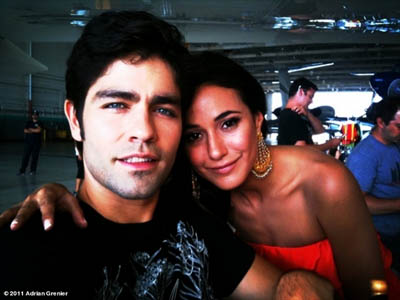 You'd think she'd have shaved her legs, big day like that.
Jerry Ferrara

Then Jerry Ferrara tweeted a bunch of stuff but no one really listened; just nodded politely and thought to themselves: "You look a bit like Mike Skinner from The Streets now you're not quite such a porkmonster." 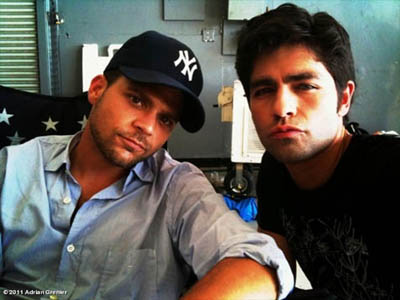 "
"
Last shooting day of #entourage . It has been the time of my life.
Awwwwwwwwww! (*tousles hair and awards wowwypop*)
Jeremy Piven

"
"
last day on Entourage here, thank you guys for joining us for 8 seasons! Starts up July 24th ...
We even retweeted this ourselves, because it made us go all gooey. And then ... 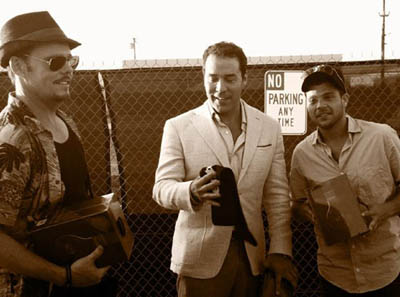 Didn't find the time to say anything. 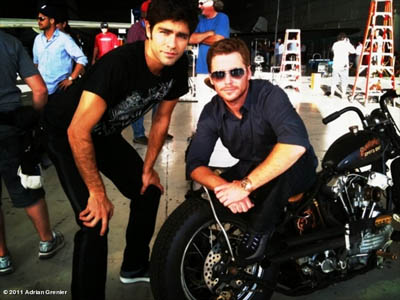 But DID manage to sit on a motorbike looking BADASS for a few seconds.
Kevin Dillon 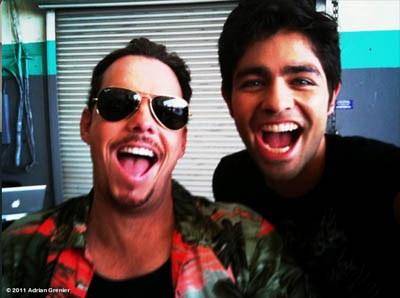 And then Grenier unleashed a MASSIVE SPOILER on an unsuspecting planet, tweeting the following picture, tantalisingly introduced with the words "This is what the end looks like". 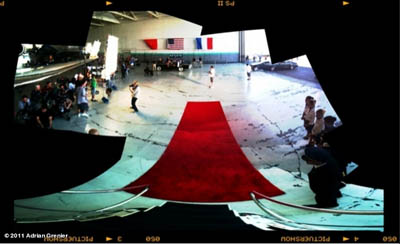 I mean, I literally don't know what it's a picture of.

More:  Entourage  HBO  Sky Atlantic  Adrian Grenier  Jeremy Piven  Kevin Connolly  Kevin Dillon  Jerry Ferrara
Follow us on Twitter @The_Shiznit for more fun features, film reviews and occasional commentary on what the best type of crisps are.
We are using Patreon to cover our hosting fees. So please consider chucking a few digital pennies our way by clicking on this link. Thanks!