Films on TV round-up: Stallone gets fat, Statham gets EVEN

To think that these two guys will share the same screen for the second time this year. How does one frame manage to cram in that much masculinity? Even in IMAX.

I have never seen Death Race. But I think we all know where we stand from this synopsis.

"
"
Jensen Ames is framed for the murder of his wife and sent to Terminal Island Prison, a facility that broadcasts the highly profitable Death Race, a high-octane event where convicts battle to the death in customised cars. When a popular driver dies, crooked prison warden Hennessey persuades Ames to take his place, claiming he will be released if he is victorious. Sci-fi thriller, starring Jason Statham, Joan Allen, Ian McShane and Tyrese Gibson.
So The Running Man with cars then. Happily, from the Google image search I conducted for the banner images, I was able to identify its key constituent parts. 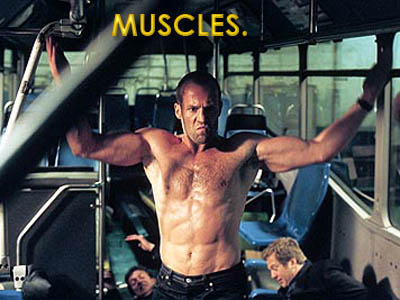 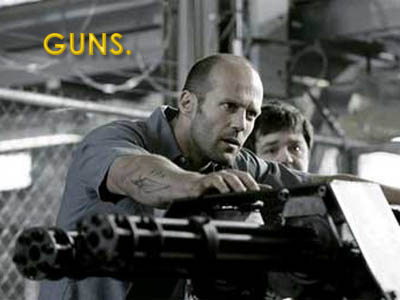 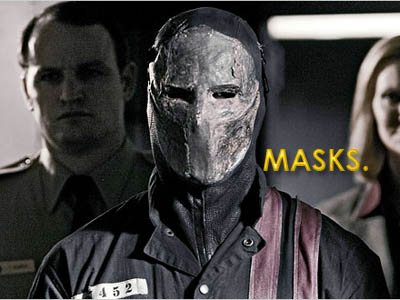 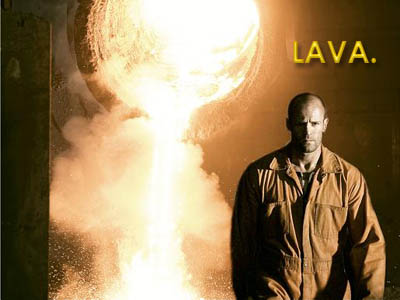 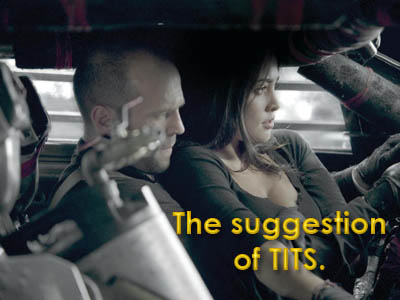 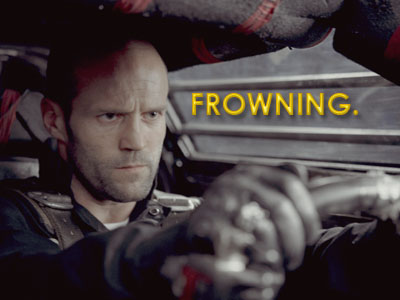 Best known as the film where Sylvester Stallone put on a load of weight for the part then never fully shook it off, leaving him looking like a series of sewn-together sausages with veins, Cop Land contains a legitimately great performance on his part. Obviously this being Stallone you have to prefix it with a word like 'legitimately', otherwise no one would take you seriously.

He plays Freddie Heflin, a miserable, past-it cop who never made it into the NYPD on account of deafness in one ear, so he's given the token job of sheriff out in crime-free Garrison, New Jersey, a town inhabited mainly by New York cops. When an officer fakes his suicide to avoid a charge, Harvey Keitel and his cronies cover it up, and Stallone ends up at odds with them as he begins to uncover the corruption at the heart of his small town.

I'm always telling people how Stallone's a much better actor than he gets credit for, but no one ever listens, least of all that woman who rang the Samaritans last week when I was volunteering for them. Here what's usually interpreted as dumb inarticulacy gets translated into a performance of understated malaise and resignation, backed up by Ray Liotta on excellent coked-to-the-gills form, and Robert De Niro doing some great supporting work in the days when he could be bothered to.

It's enough to make you look forward to Expendables 2. Almost.