That's right, HBO are teasing Game of Thrones season two for Spring 2012 and have released this video already. It tells us NOTHING. Or does it ...?


The main disadvantage to writing about TV rather than films is the paucity of good video trailer material. Over at www.TheShiznit.co.uk they're knee-deep in trailers, the bastards: they stockpile them and use them for kindling. Here we have to make do with this sort of shit.

Think I can't wring a feature out of this? Well fuck you, fuck HBO and fuck TheShiznit. Here's four things I learned from watching this teaser.
1. It's still called Game of Thrones

Keen-eyed interneteers will not have missed the fierce debate that raged throughout the summer following the rumour that Game of Thrones would re-emerge for its second outing with a new title. 'Thronal Gamage' was one apparently considered, as were 'Whoops, Where's My Throne', 'Throne in at the Deep End', 'Romancing the Throne', 'Black Snake Throne', 'City Slickers II: The Legend of Curly's Throne' and 'Throner and Hooch'. 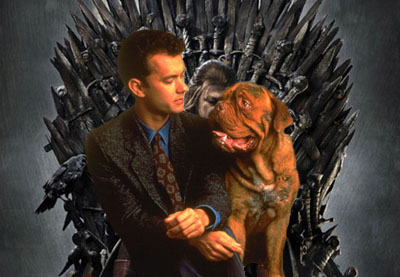 HBO rejected this test promo shot with the note "Too much dog."
2. Season two will not be set in Alaska in the summer

"The night is dark," it says. From which we can deduce, as anyone who has seen Insomnia with Al Pacino or has an education about solar anomalies gleaned from sources other than Hollywood films is aware, the night being referred to is not that of Alaska in the summer, which is almost uniformly sunlit and not dark.

Or it might be in the winter that happens. The Wikipedia page wasn't all that clear. 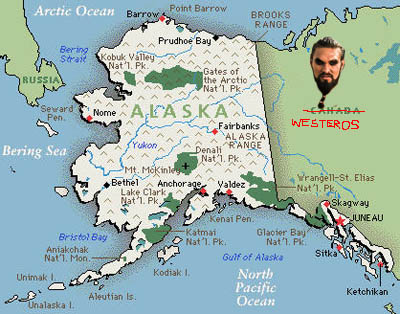 FLOATING DROGO HEAD RULE WORLD
3. Someone in it will play the drums

There are a lot of urgent-sounding drums in the teaser. From this we can extrapolate that a well-known rock drummer is likely to have a lead role. Early reports suggest that it could be Roger Taylor of Queen, Shovell out of M People or perhaps Danny off Supergrass. Their part is likely to involve leading an army into battle whilst playing a primitive drum made of skulls and mud.

"Peter! Last time I saw you, you had a bowl of cocaine strapped to your head."
4. Many of the players of Weymouth Football Club will feature in it

It will not have escaped the notice of those native to Dorset that season two will be "full of Terras", which can only refer to Weymouth FC, nicknamed 'The Terras'. They will most likely line up in a 4-2-3-1 formation with regular centre-half Lucius Drax, Slayer of the Four Wynds, stepping out of defence into the holding midfield role, with full-backs Aragone the Firemaster and Lord Heimdall, Seer of Demons, looking to push forward and get to the byline at every opportunity. Much of this is speculation. 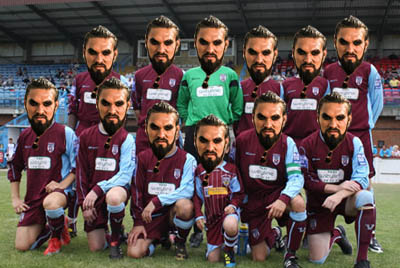 They did all right last season. Picked up a few yellow cards though.
I've still never actually seen Game of Thrones, just in case that wasn't clear.

More:  Game Of Thrones  HBO  Sky Atlantic
Follow us on Twitter @The_Shiznit for more fun features, film reviews and occasional commentary on what the best type of crisps are.
We are using Patreon to cover our hosting fees. So please consider chucking a few digital pennies our way by clicking on this link. Thanks!