Hot take: Martin Scorsese's Joker movie might be good but might also be bad, more as it develops

Two separate news stories broke in the same news story this morning. First, it was reported that Martin Scorsese would be producing a brand new '80s crime-era origin story for The Joker, with the role recast and the film unrelated to the nascent DC Cinematic Universe. Then, upon further scrutiny, it was discovered in the same report that Todd Phillips would be directing it. Oh. Right. Rough, meet smooth. Depending on how you frame it, this is either a savvy move from DC to decentralise their movie universe by putting legendary filmmaking talent at the centre of it, or it's an act of desperation from a studio who can't settle on a tone and can't even keep an actor interested in a role between one movie and the next. Which opinion is correct? Find out after these messages!


I won't lie: a Martin Scorsese flavoured Joker origin story is one hell of a pitch. The mind boggles with the possibilities. Think Mean Streets swagger meets graphic novel noir, throw in a period soundtrack and a 15 rating, cast a not-too-A-list-but-definitely-up-there actor in the role and suddenly DC have a brand new feather in their pimp hat. As much as I like the cohesiveness of Marvel's universe, that constant connectivity can be constrictive. These are some of the most vividly drawn heroes and villains of pop culture and enslaving them to a timeline that has to sync to several other super-schedules is a recipe for monotony. I would have much rather seen Joe Carnahan's hard boiled '70s-set Serpico take on Daredevil than the relentlessly glum modern Netflix version, joylessly teaming up with corporate workmates with all the zeal of an out-of-office away day.

Let's not get carried away. For all we know, Martin Scorsese's name on the door could just be to attract talent and finance - don't forget it's Todd Phillips' name on the contract. Rather than get into semantics about what producers actually do and how much creative involvement they have, let's look at DC's previous form in this regard. Remember the hoo-ha around the announcement that Christopher Nolan would be hovering godlike above DC's Man Of Steel? How much Chris Nolan is in that movie, do you think? Maybe ten per cent? Five? Whether you like it or not, you're getting a Joker movie from the director of The Hangover trilogy and Due Date (although if we want to talk Robert Downey Jr in the title role, we could ratchet that excitement up a few notches). 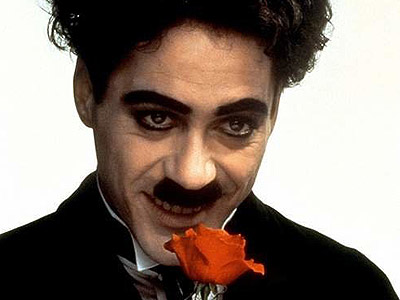 
Phillips is a curious choice for director because he is primarily known for making comedies you enjoyed at the time but suspect are actually quite poor in retrospect. Phillips prides himself in creating alpha male leading roles that wallow in misogyny; The Joker is a psychopath, yes, but you can't exactly imagine him hatefully guffawing at poverty-stricken prostitutes on a Thai stag weekend with Bradley Cooper. When it comes to Scorsese stand-ins on your crime kingpin movie, you want a Nicolas Winding Refn or an Andrew Dominik or even a Jeremy Saulnier behind your bullhorn. You probably do not want the director of Borat.

All of this discussion is, of course, moot, not because we already have one perfectly good Joker in the form of Jared Leto, because that's not true, but because nobody needs to know the origins of The Joker at all. This relentless need to erode all mystery from character origins is corrosive at worst and pointless at best. The Joker works because he is a fucking terrifying unknown quantity, a man whose actions can't be predicted and whose origins are irrelevant. Think back to The Dark Knight and the running gag of "Wanna know how I got these scars?" where The Joker is his own unpredictable narrator. Nobody really wants to know, because it's way scarier to just imagine the untold horrors. Now compare that to the story of Jack Napier in Tim Burton's Batman: a bad man made worse because he fell into a thing full of stuff. Which do you prefer?

Tell me more about that last one again? Yes. YES.


I'm torn, because I'm all for the 'Throw some shit at the wall and see what sticks' approach to superhero movies. It took us two bad Wolverine origin movies before we got Logan (including X-Men Origins: Wolverine, rewritten by Scott Silver, the writer attached to The Joker movie). Thor started life as the stuffiest, most po-faced of The Avengers, now he's the funniest. Ryan Reynolds is living proof of the old axiom "If at first you don't succeed, try, try again". Go crazy with casting The Joker, set it a hundred years in the past or on a fucking spaceship for all I care, the only thing that matters is the talent involved in its creation - and that we don't actually see how he got those scars.

More:  Joker  Batman  DC  Martin Scorsese  Todd Phillips
Follow us on Twitter @The_Shiznit for more fun features, film reviews and occasional commentary on what the best type of crisps are.
We are using Patreon to cover our hosting fees. So please consider chucking a few digital pennies our way by clicking on this link. Thanks!