Leaving Neverland and our need for chaos

In the summer of 2002 Michael Jackson came to Exeter, my hometown, where I was living again having just finished university. In a series of events that are ludicrous in hindsight, some businessmen had bought Exeter City FC out of administration and installed Uri Geller as a co-chairman. Geller duly brought Jackson and David Blaine down for a public appearance, in which they drove round the pitch in an open-topped car with a load of children.

I didn't go. But I do remember watching it on TV, noting that, despite the hit his image had taken from the Jordy Chandler trial, he was still surrounding himself with children wherever he went. And thinking: "No one in this guy's life ever pulls him aside and says, 'Listen, Mick: maybe ease up on the kids in public, eh?'"


The fact of Jackson's oddness was something impressed on me as a child, through jokes and comic strips in Oink! and Smash Hits about him living with a chimp and a llama, and owning the Elephant Man's skeleton. A bit older, when I saw Michael Jackson on TV, walking quickly from a car into a recording studio or theme park, doing a quick wave or a peace sign, he would always be accompanied by a young boy. Consciously or otherwise, I didn't question this. To the extent that I thought about it at all, I'd have put it down to his oddness. He was a weird guy; he'd never grown up because he was a child star so he was infantile and liked having kids as friends. (This was a popular enough amateur psychological theory that it more or less became accepted fact. With hindsight it remains completely uninterrogated as far as I know.)

And this was the eighties, remember. There were eccentrics everywhere. The TV was full of them. A handful, it turns out, had an unhealthy sexual interest in children. I don't think this is a coincidence. Like Savile, Jackson's reputation for weirdness acted as cover for his crimes. We'd all grown to accept his quirks, until we reached a point of collective understanding that if the guy slept in an oxygen tent and had a monkey and a ferris wheel, hanging round with kids the whole time was just part of the package. 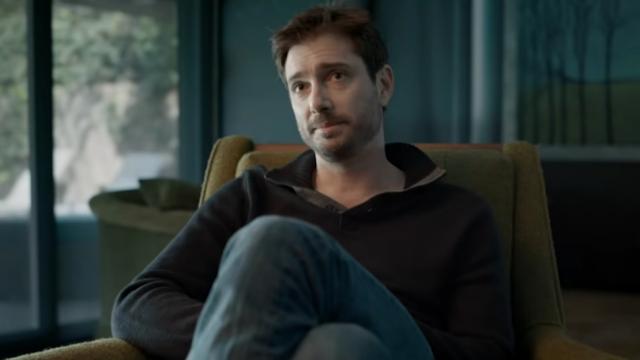 And we indulged him too. Media rewards oddness with celebrity, even if fleetingly, like on the freak-show early rounds of X Factor, where contestants who aren't going to win through singing ability know that being a bit mad will at least get them on TV for a week or two. We want this because we like to watch chaos from a safe distance. We encourage stars to push the boundaries of acceptable behaviour and we love it, and then when they cross the line we're not sure what to do. If we're superfans we deny it's true and convince ourselves of any narrative – they're lying for money; they're lying for attention – that lets us go on fanning, and if we're casual fans, like I was of Jackson, we just block it out.

In Jackson's case I think most people, if pushed, would've said from 1993 onwards that they thought he was guilty. I certainly would've. It didn't stop me enjoying his songs. And it didn't lead me to be outraged at his coming to a football stadium a mile from my house in 2002 in a carful of kids. I wasn't even concerned for their safety. In a sense, if we believe the allegations made by Wade Robson and James Safechuck in Leaving Neverland, we have to acknowledge that we let it go on.

And I do believe them, for two reasons. One is that I live in a post-Savile culture, just as America lives in a post-Cosby one, where the idea of people making false allegations of sexual abuse to achieve celebrity has virtually no currency anymore beyond the self-deluded hardcore fanbase. There is of course the possibility that both men will profit financially from the exposure. But if your first reaction on hearing their testimony is to assume that's their motivation, you must acknowledge that you're actively looking for reasons not to believe it, unless you do the same whenever allegations are made against artists you don't care about. Argue innocent unless proven guilty if you like, but you're in the wrong room. Public opinion rightly doesn't have to meet the same burden of proof that a court does, which is why the punishment for guilt is more lenient: professional ruin, not a prison sentence.

The second is also what's most striking and tough to watch: that both men talk about Jackson with a surprising tenderness. They both devote a lot of time to describing how affectionate he was, how generous, how infectious his company. They acknowledge that they liked the "sexual stuff", as Robson always calls it (still, I thought, unable to call it either rape or sex, so settling on a term that doesn't fully define it), because it made them feel close to him. They say they loved him, still, into adulthood. One uses the language of a jilted boyfriend when he describes being replaced in Jackson's affections by another boy and having to sleep on the sofa downstairs, when you would rationally expect him to be relieved at not having to endure it for the night. It seems to me that someone pretending to be an abuse victim would double down on the hurt, and the anger, and call him a monster.

I was struck, as I always am in these cases, by the cleverness and sheer creativity behind the manipulation and the grooming. It reminded me of the recent Netflix documentary Abducted in Plain Sight in this and another way: the surprising sense of how the abuser fixates on one child, almost seeming, and probably sincerely feeling, to be in love. When Robson visited Jackson in California for the first time then returned to Australia, Jackson called him frequently for a year, when it would've been much easier to move on to another child. (Maybe, of course, he did both.) We tend to think of paedophiles as indiscriminate offenders but I suspect it's often more akin to this individual obsession. 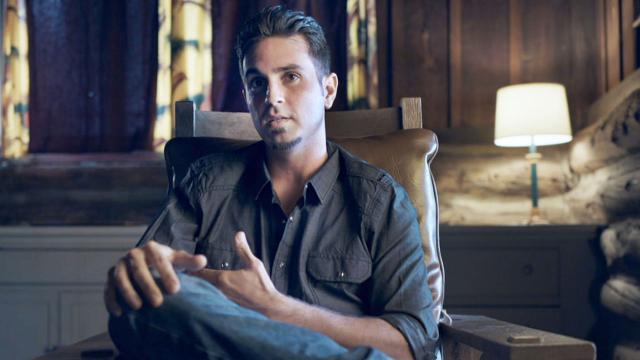 The film treats the mothers without judgement, though Wade's brother is far from over it where she's concerned. It's easy with hindsight to say confidently that you'd never let your child stay for a week in a man's house or sleep in his bed, but this is to underestimate the sheer power of stardom on that level and in your orbit. Savile used to come to a town to hand over a big cheque to the local hospital, refuse the offer of a hotel and request a caravan on the outskirts and an escort from a schoolgirl or two. The parents were so overwhelmed by his celebrity – a star of his size had pitched up where they lived and their daughter would get to meet him: this sort of thing never happens to people like us – that they'd agree. And he was only famous in the UK. Jackson was the biggest star in the world. Have you been in a room when a big star comes in and noticed how it changes? Imagine they came to your house.

Whether or not it's OK to carry on listening to Thriller seems irrelevant really. It doesn't matter all that much. Maybe wrestling with the question of whether to delete such a significant musical and cultural legacy is our way of punishing ourselves for feeding the beast.

But these decisions aren't easy. I speak as someone who had tickets to see Ryan Adams in April, one of my favourite artists for about 15 years and one I'd never got to see live before. I didn't doubt that the allegations against him were true. When it was eventually cancelled I felt let off the hook; relieved that I didn't have to choose. I was still going to go, and I suppose I'd told myself that if the reports got any worse, I wouldn't. But how much worse did they have to get? It suggests a level of abuse by an artist I'm willing to tolerate as long as the tunes are great.

If I'd cared about Jackson's music as much, maybe I'd be trying to pick holes in all this, desperately saying there's still no evidence, no smoking gun. But we're past the point of smoking guns now, and maybe we all need to accept that we live in a culture that let this happen.

More:  Leaving Neverland  James Safechuck  Wade Robson  Michael Jackson  Documentary  HBO  Channel 4
Follow us on Twitter @The_Shiznit for more fun features, film reviews and occasional commentary on what the best type of crisps are.
We are using Patreon to cover our hosting fees. So please consider chucking a few digital pennies our way by clicking on this link. Thanks!