Opinion piece: Everything's awful when you're a snob

In a frankly unbelievable turn of events this week, two properties which have been successful in the past continued to be successful. For reasons yet to be determined, various parties are disgusted by the fact that Transformers: Age Of Extinction and Mrs Brown's Boys D'Movie made so much money at the box-office, satisfying their respective audiences of young people and old people. The school of thought seems to be that audiences shouldn't spend money on movies they want to see – they should spend money on movies we want them to see.


Full disclosure: I have never seen an episode of Mrs Brown's Boys on TV and have no plans to see Mrs Brown's Boys D'Movie. However, what I can say with certainty is that this movie's existence does not offend me in the slightest. It is with bafflement this week that I've witnessed several people – who haven't seen it either – moan about how the £4.3 million UK box-office success of Mrs Brown's Boys D'Movie signals the death of cinema, or how it's indicative of plummeting standards of entertainment. The critics don't get it: we gave the film terrible reviews – how could it have possibly succeeded? 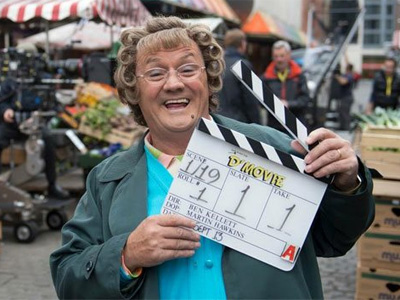 
Because the general public are, by and large, not fussy in the slightest. Mrs Brown's Boys regularly pulls in over 10 million views in its primetime slot on BBC One. It won a BAFTA in 2012. And though it resembles a particularly cheap and not especially funny spoof of the sitcom from Ricky Gervais' series Extras, it is phenomenally popular – because quality and success don't necessarily go hand in hand. Is it so hard to believe that Mrs Brown's Boys' audience would follow Brendan O'Carroll's character from the small screen to the big? And is it really that upsetting to you that they did?

The success of Transformers: Age Of Extinction is even less surprising, given that the three movies in the franchise that preceded it have made a combined worldwide box-office total of $2.6 billion. The fact that it broke records with a neat $100 million opening weekend in the US and a worldwide take of $300 million should come as a shock to no one. I haven't seen Age Of Extinction – although I'll admit it's more suitable to the IMAX treatment than, say, a bloke dressed as a woman – but it seems like more of the same: more robots, more explosions, more girls in shorts, more cringeworthy dialogue, more teenagers emerging from cinema screens hyped up on the cinematic equivalent of Red Bull. Critics rated it 17% on Rotten Tomatoes. Audiences gave it an A- rating on Cinemascore and voted with their wallets. The gulf between the professionals and the public is widening.

July 11th sees the release of Richard Linklater's Boyhood, an incredible body of work amassed over 12 years of filming – alas, it's a beautiful and unique film that's likely to be steamrollered by the continuing march of the Dinobots. Today, US movie blog Slashfilm posted an intriguing-sounding article with the headline '107 Reasons You Need To See Richard Linklater's Boyhood', except when you clicked through, you were met with the following text:

"You really need me to list 107 reasons to see this incredible film? You went and paid $15 bucks to see Transformers: Age os [sic] Extinction in 3D even though you hated the other Transformers films and saw all the bad reviews in your twitter stream… but you can't just take our word on this epic indie film?

"You've already heard us rave about this film many times over the past six months… But you haven't bought ticket yet…"
Spelling and grammar aside, I understand where author Peter Sciretta is coming from: Boyhood is a remarkable film, the kind that comes along once in a lifetime, and it's natural to want to recommend it to anyone and everyone. But it's the patronising comparison with Transformers that really annoys me – not only does it make some staggeringly arrogant assumptions about the readers (I quite enjoyed all three Transformers films as did several others, as the worldwide b/o attests), but it seems to be saying that audiences should somehow feel guilty about seeing one film over another. 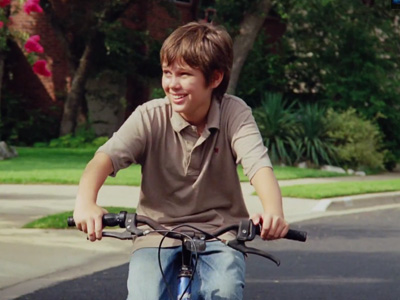 Look at it. JUST LOOK AT IT.


Transformers: Age Of Extinction has a massively broad appeal – that's kind of its thing. Boyhood is an incredibly niche title. Both have a 165-minute running time: one spends that time rewriting the history of the world via the medium of dancing cars and robot dinosaurs; the other ambles along at a contented pace, showing every one of the 12 years it took to film. No one is expecting Linklater's film to reach as wide an audience as Michael Bay's movie. No one should be made to feel bad about seeing one film and not the other. The snobbery of this article is infuriating – particularly when one has to close a large site ad for Transformers: Age Of Extinction to read it properly.

If it's an attempt at satire, it falls flat: Slashfilm have run several 'X Reasons You Need To See…' articles in the past, including '40 Things I Learned On The Set Of Transformers: Age Of Extinction' earlier this year. And for those of you who are counting, Slashfilm have published at least 80 stories about the fourth Transformers movie compared to just 12 articles about Boyhood (which has been filming since 2002). But seriously though, fuck you for being excited about Transformers, you idiot! Support independent film!

You could argue that no one needs any number of reasons to go and see a Transformers movie: you know exactly what you're going to get. Boyhood, on the other hand? Now that's a film that could benefit from exactly the kind of coverage Slashfilm are parodying. 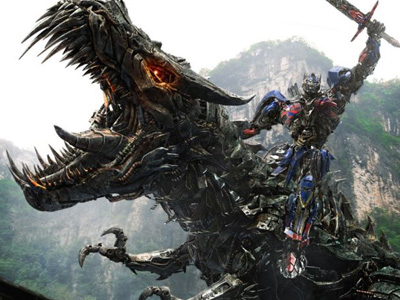 
In a perfect world, Boyhood would be seen and loved by all and would match the box-office of Transformers and everyone would be happy. That's never going to happen. But can we at least stop pitting films against one another and get down to the business of celebrating cinema as a whole? The fact that $300 million-worth of people are even still going to the cinema in 2014 is cause for success. Boyhood will have a lifespan way beyond its 12-year shooting schedule, it doesn't need to rake in big bucks at the cinema and I'll wager Richard Linklater a) never intended it to do so, and b) cares little even if it does. Let Transformers have its record-breaking run. Let them eat robots.

Go and see Transformers: Age Of Extinction or Mrs Brown's Boys D'Movie this weekend. Go and see Boyhood next weekend. Or don't. I don't give a shit. But don't dare start throwing your toys out of the pram when a movie that is not to your liking finds a captive audience that doesn't include you. Such snobbery always leads to disappointment: if you're worried about the state of modern cinema, I have bad news for you – it looks like it's in the hands of the very people you're criticising.

More:  Transformers  Transformers Age Of Extinction  Transformers 4  Boyhood  Richard Linklater  Snobbery  Serious Corner
Follow us on Twitter @The_Shiznit for more fun features, film reviews and occasional commentary on what the best type of crisps are.
We are using Patreon to cover our hosting fees. So please consider chucking a few digital pennies our way by clicking on this link. Thanks!