Who knew we'd actually predict correctly a fair chunk of the House series finale? Not all those people who always called us directionless geeks who watch too much TV, that's for sure. Ha! The fools. Join us for part three as we say goodbye to the doctor for good.


Matt: I loved the finale - it had all the elements of the best episodes of House: him arguing with his own subconscious, him choosing between what's right and what interests him, analysing his own ability to change as a person, musings on whether or not he could ever actually be happy and a twist ending that is simple, effective - OK, perhaps a little predictable - and even fits in with the Sherlock Holmes mythology that has informed the character so much.

Did you think it was a worthy finish to the show?

Ed: Yes and no. I couldn't claim to have loved it, but definitely broadly enjoyed it.

The bits where he argues with his own subconscious are great - albeit smacking a little of "Which of the actors can we get to come back? Right, write a bit for them, then" - and I've always liked those episodes, because he does it so logically. Even though his mind tells him he's talking to a dead person in front of him, he's able to realise that everything the hallucination is telling him is just him telling himself something.

But the plot hole that bugged me is that he went back to the hospital after the fire. In order to switch his and the dead guy's dental records, put a phone in Wilson's pocket (which there was no need to do, given that he might as well have just texted Wilson's own phone), and slip his ID badge under Foreman's table leg, he would've had to get in and out of a hospital where everyone knew him and everyone thought he was dead, which is basically impossible and they kind of glossed over. He could've done all that before the fire, but that would've made it pre-meditated and so negate the entire episode. It's the kind of thing you're supposed to just accept in favour of the broader picture, but it nagged at me a bit too much. 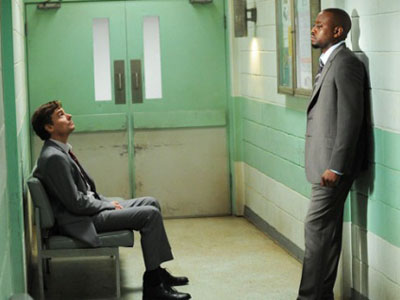 Matt: I don't think it was much of a plot hole. This is a guy who would regularly do all sorts of shit around the hospital - live chickens included. He knows the hospital inside out and he has already proven that he can be stealthy in achieving various 'projects'. Or who's to say that he didn't pay someone else to go in to switch the records?

As for Wilson's phone - he says that he switched his own one off (as you would for a funeral) and House knew that so had to plant another one.

Ed: Grudgingly, yes, good point about the phone. I know he's done stuff like bribe janitors before but this just seemed a bit of a stretch.

Other than that, the writing was incredibly clever, and it reminded me just how intricate they've always made those semi-subconscious/semi-reality episodes. You really need to concentrate to keep up, which is very rare for a network TV show. House never got enough credit for that, among all the intellectual discussions of your Wires and your Mad Mens and your Sopranos.

The calculation he makes when Cameron's talking to him (if I've got it right, the dying guy selflessly offered to take the rap for him, meaning the guy was a better person and the world was a better place when he was dying than alive, and yet House still couldn't resist telling him he was going to live when he figured it out: ergo, House's overall commitment to puzzle-solving as opposed to curing people is actually doing more harm in the world than good) was so complex it took me two watches to understand it, but it was possibly his most brilliant deduction ever. And it led him to the conclusion that he can live without practising medicine, and freed him from that constraint. 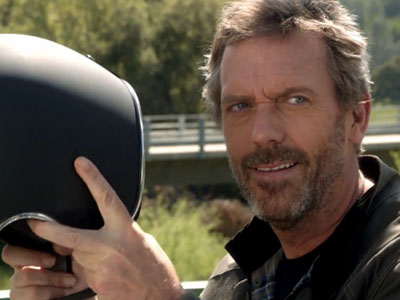 Matt: I love that deduction. For me, the important thing was that the dying guy gave him a way out - he was going to take the rap and House would have been spared jail and still get to spend his time with Wilson, which at this point is all he wants, and instead he chooses to solve the puzzle instead and tells the guy he is going to live. You can just sense for a moment there that House really struggles with being on the brink of having everything he could ask for but is helpless against his own obsession with puzzles. It was a brilliant turning point for the episode.

The main niggly doubt I had was that there wasn't more made out of Cuddy. I know they obviously couldn't get Lisa Edelstein to be involved, but it seemed like a shame for her importance to be so glossed over - she got one mention, that was it. I don't know how the writers could have fit in a bigger part for her, but her absence was definitely noticeable.

Ed: Well, that role that Stacy filled could have equally been done by Cuddy. I imagine they just wrote it, asked Lisa Edelstein, and when she said no, got Sela Ward to do it instead.

Makes more sense for Stacy to be there anyway. She was actually a far more stable, less volatile relationship for him, and more of a realistic chance to be happy. He could've had that life with her; Cuddy he was always going to fuck up sooner or later. She was just more recent. 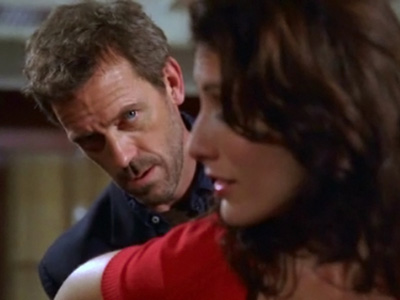 Hear that? Just MORE RECENT, that's all you are!

Ed: In faking his own death do you think he was 'choosing life', so to speak? As in, choosing to be happy from now on? Or just choosing five months with Wilson over death, after which who knows what will happen?

Matt: I kinda got that he was 'choosing life' as you say. I think the important thing is that, as far as everyone is concerned, he is dead, which means he can do whatever he wants. You said before this that House shouldn't be happy, but this way he can be because he doesn't have to be 'House' any more - he can reinvent himself and live his life however he wants to, which gives him another chance to be happy.

Ed: His happiness is relative to his situation, you're right, and it makes sense for him to be happy having essentially freed himself from being House.

Matt: By the way, I hope you realise that I'm taking credit for correctly guessing that House would 'cheat death' in some way. Fuck you, this counts.

Ed: We got a lot of stuff right. The idea of Wilson taking the heat, the Thelma and Louise-style runaway, House vs God was at least alluded to in his internal discourse, Chase took over the department, and House 'won'. We're actually amazing.

Matt: How do you feel about Chase taking over House's team? A worthy successor?

Ed: Chase is definitely the right successor. He's basically just learned to be House without the self-loathing. 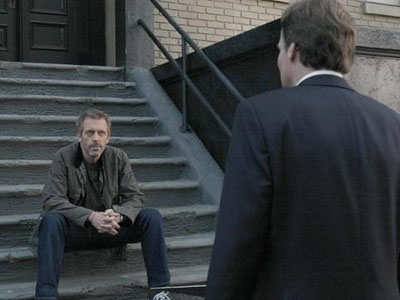 Matt: What did you think of the last line? Towards the end, House says to Wilson something like "I'm dead - how do you want to spend your last five months?' and I thought that was a brilliant line to end the whole show on. But then at the very end, they talk a bit more and the ACTUAL last line is "Cancer's boring" ... which doesn't really mean anything. I suppose you could take from it that House is still only interested in solving puzzles, but otherwise it seemed like a bit of a throwaway line to end the whole show on.

Ed: I always take final lines to be really significant at the time and get annoyed that they seem to miss the mark (I did with this one) but then I realise later on that you tend not to remember them anyway.

In this case, yes, I thought it fell a bit flat. I didn't take it to mean anything about him and puzzles though: it was more that he didn't want to spend the five months they had together talking about cancer, because he'd finally embraced life, even if only temporarily. So it made sense to me but it still could've been punchier. Something like: "Everybody dies, Wilson. But for the moment, we're alive." Actually that's cornier than a Fresh Prince morality tale, isn't it? You get the picture anyway.

Matt: Personally, I was hoping it would end on him serenading Wilson with a full version of the show's theme tune: #"Love, love is a verb...love is a doing word...etc"#

Ed: Or him playing the piano while Wilson mixed a cocktail. 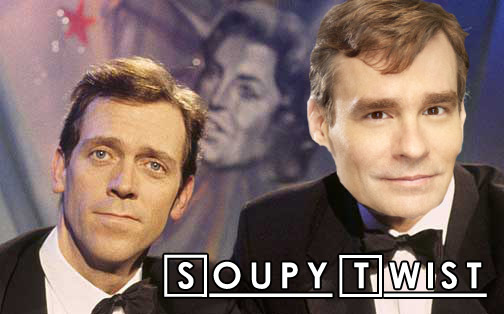 More:  House  Parliament Of House  Hugh Laurie  Sky 1  FOX
Follow us on Twitter @The_Shiznit for more fun features, film reviews and occasional commentary on what the best type of crisps are.
We are using Patreon to cover our hosting fees. So please consider chucking a few digital pennies our way by clicking on this link. Thanks!