FINALLY the poster for Adam Jones has been released.


Bradley Cooper's new film Adam Jones is on the way and it is a thing of which I have absolutely zero knowledge. Luckily, the newly-released poster is filled with amazing details that tell us everything we need to know.

Check it out below, including a handy guide to some things you may miss on first inspection: 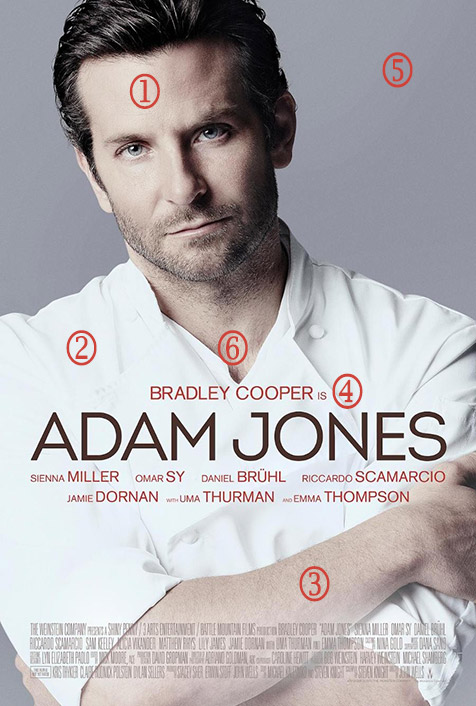 This is Bradley Cooper. He is the star of this film. Unless he isn't. He might be a supporting actor. In fact, this could actually be the character poster for The Hangover IV and he plays a guy called Adam Jones in those movies. I honestly can't remember.

Cooper's shirt is ice white. So much so that you can't actually see the material folds on this side of his chest. That's contrast-ruining white. This must be important.

Look at the way Cooper has his arms folded in such a vulnerable way. Almost like a self-hug. And yet his face is stern. This film really will show the full range of complex emotions that Cooper has in his acting toolkit.

The fact that the designers have chosen to go with this dull, flat grey background obviously hints at the murky morals at play. Expect to be presented with a complicated ethical dilemma that will have you questioning your very own moral fibre.

What's going on with the collar on his shirt here? Oh wait, is he some kind of chef? He's a chef, isn't he? Or possibly a pirate. Pirate Adam, scourge of the seas. OMG that's going to be awesome!

More:  Adam Jones  Burnt  Bradley Cooper
Follow us on Twitter @The_Shiznit for more fun features, film reviews and occasional commentary on what the best type of crisps are.
We are using Patreon to cover our hosting fees. So please consider chucking a few digital pennies our way by clicking on this link. Thanks!