RETURN OF THE JED

So we've all just accepted that his actual name is 'Jed Mercurio', have we?

I'm sure that you, like me, have been enjoying new BBC drama Bodyguard, starring a shooty-shooty man and a woman and some terrorists. Congratulations on your correct decision, because it is totally brilliant. I can't help but notice, however, that we are all apparently totally on-board with the creator's name: Jed Mercurio. That's right, is it? Jed Mercurio. First name Jed, last name Mercurio. Right. We're all fine with that. Just checking.

It's a ridiculous name, is what I'm saying.

Maybe it's because Jed Mercurio is a great writer, and the surname 'Mercurio' is the exact surname you'd give to a fictional character who was a great writer, but only if you yourself were a terrible writer. It's also the combination with the first name 'Jed' that makes it particularly noteworthy. Clearly if your surname is 'Mercurio', you name your children something like 'Elon' or 'Xavier' or 'Portia' or 'Jean-Marc' even if you’re not French or 'Barclay' or 'Euripides' or 'Figson' or 'Wigbert' or 'Hercurio'. You don’t call them 'Clive'.

Here are some equivalent names to Jed Mercurio that are equal parts 'moisture farmer' and 'unemployed hypnotist':

So I did some research on this guy and it turns out he's legit. He served in the Royal Air Force Medical Branch specialising in aviation medicine, which is pretty cool, except you expect that guy to have a name like 'Tim Higginbotham', because I'm afraid 'Jed Mercurio' is still out in Afghanistan, carpet bombing swarms of Taliban insurgents in his jet fighter, a plane the other soldiers literally touch for good luck, still out there on his third tour now, asked to return to the front line by his superior officers because he's such a badass, a morale boost for the men, a total and absolute hero, just racking up kills because he's a real man and real men don't flinch when it comes to pulling that trigger, not on my time, not in Her Majesty’s name, not on Jed Mercurio's watch, motherfucker. 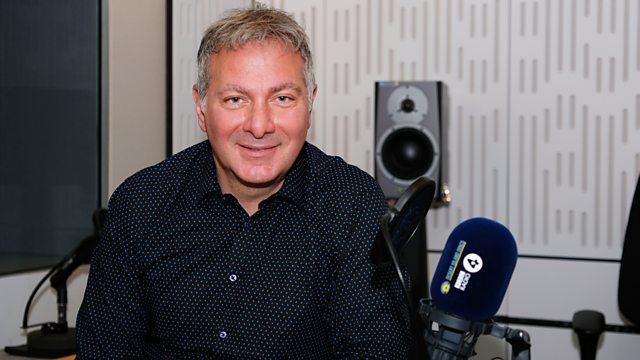 
Fun fact: Jed Mercurio wrote his first ever script under the pseudonym 'John MacUre'. This is so backwards it makes my blood curdle. I am furious right now. There is no way in any sane universe, that of those two names, 'John MacUre' is the made-up one. The one that sounds like he shovels shit for a living is fake, but the one who landed the first ever manned mission to Mars in a class 12 superstorm is real: okay then. Imagine your name is 'Jed Mercurio' and thinking you'd ever need to bother with a pen name. It's like if Clark Kent was the superhero and the Daily Planet employed an unassuming young reporter named Kal-El of Krypton. One hundred million records sold by Reg Dwight while Elton John kicks back at home with his wig off. It's Freddie Mercury thinking 'Hmm, my name doesn’t sound enough like a 100-foot-tall rock star tyrannosaur sex colossus' and adopting the stage name 'Farrokh Bulsara' for his new band, Smile. Jesus, it's almost literally that.

Fun fact: Jed Mercurio wrote the light-hearted BBC dramatisation The Legend of the Tamworth Two, about two pigs who escaped from an abattoir. I’m assuming this is because the producers were looking for someone with farming experience, and he introduced himself by saying, "Hi, my name’s Jed, Jed M-" and they were like, we've heard enough, you've got the job, we assume your surname is something similarly rural-sounding therefore you are clearly the man to tell this story, because with a first name like 'Jed' there’s literally zero chance that your last name will make you sound like the hero of a Luc Besson sci-fi movie: welcome aboard!

Fun fact: Jed Mercurio consulted with Neil Armstrong, the actual man Neil Armstrong, about astronaut stuff while researching his sci-fi novel Ascent, with the full knowledge that the first man who walked on the surface of the Moon should clearly have been called 'Jed Mercurio' and if history had any sense it'd rewrite itself immediately.

Come to think of it, there isn't a single piece of work that Jed Mercurio has written - page, screen, whatever - that wouldn't be improved by the lead character having the name 'Jed Mercurio'. Bodyguard star Richard Madden plays brave ex-squaddie and troubled heartthrob terrorist operative Jed Mercurio. Invasion: Earth, the sci-fi series about an alien invasion, sees NATO forces join up to repel the extra-terrestrial threat, led by heroic square-jawed Flight Lieutenant Jed Mercurio. Line of Duty's Martin Compston plays charismatic but hard-nosed anti-corruption agent Jed Mercurio. Even his 2007 adaptation of Mary Shelley's Frankenstein would benefit. "Actually, Mercurio is the Doctor? He should be referred to as 'The Monster' or 'Mercurio's Monster'." It totally works.

Actually, I've written 'Jed Mercurio' so much now, it's starting to look weirdly normal. Never mind everyone, carry on about your business, nothing to see here, just another thriller from boring old everyman Jed Mercurio, move along.

More:  Jed Mercurio  Bodyguard  Line Of Duty  Silly Names  BBC  Analysis
Follow us on Twitter @The_Shiznit for more fun features, film reviews and occasional commentary on what the best type of crisps are.
We are using Patreon to cover our hosting fees. So please consider chucking a few digital pennies our way by clicking on this link. Thanks!