Spinning a yarn: the twisted sickness of Phantom Thread

"Wuaghhhurg" - that's the exact noise I made towards the end of Paul Thomas Anderson's 2017 period romance about a genius dressmaker and his ingenues, which to all external appearances was the simple tale of a sexy rich gentleman misogynist and the women falling prey to his sexy rich charms, set against the backdrop of a Brexiteer's image of 1950s London. I didn't know how wrong I'd be. And it doesn't mean anything that I'd mixed up Phantom Thread with In Fabric and was expecting some spooky ghost action. Although there are hauntings in this, just not of the chain-rattling variety.


What precisely my involuntary guttural gurgling was in reaction to I shouldn't say, as it's kind of the point of the whole film. Some might say it's a film running dangerously thin on the ground until that moment - yes Anderson can direct, yes Daniel Day-Lewis can act, this is not new information. But you'll know exactly what I'm talking about if you have seen it: that nauseous feeling as a few sumptuous hours of wondering whether Vicky Krieps' quietly ambitious waitress, Alma, will cede her entire being to Daniel Day-Lewis' high society manchild morphs into something else entirely, and...well let's just say that love finds a way aka fucking yikes.

A bit of background: mention the post-war years to any English person over the age of, say 55, and they'll suddenly adopt posh mannerisms from that era. Geezers become chaps, wassups become what-hos; they can't help it. There's a whole generation raised on Dad's Army re-runs convinced they suffered through a war, and are determined to keep the colonial glory days of bowing to the royal family going so the generations following them can get sent to the frontlines when WW3 kicks off. They're idiots, but as long as nobody puts them in charge of anything important we'll be fine because they'll be dead soon. 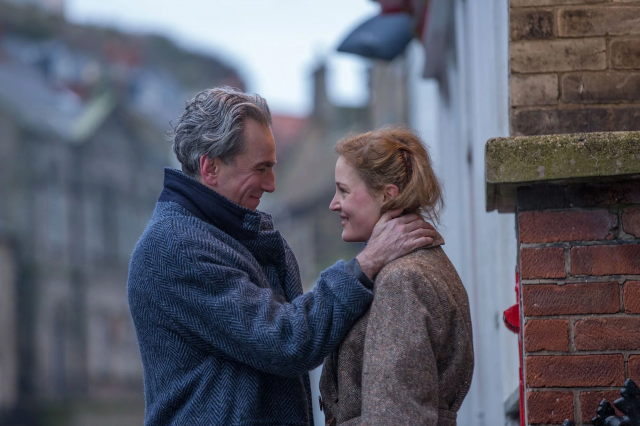 No ominous imagery here, none at all, no sirree bob!


So there's a whole upstairs-downstairs class thing going on is what I'm trying to say - something immediately familiar to us Brits due to it being woven into our society, if a bit out of fashion in a time when the general consensus among us proles is rich people should be boiled down into soup. But gawd bless Reynolds Woodcock (Day-Lewis), as he's not just bridging the class divide; he's putting on his most dapper trousers and mounting it as if it were an audition for the Olympic Games.

To get the measure of Reynolds we meet him at his most callous: ejecting an ex by proxy of his sister and faithful assistant, Cyril (Lesley Manville), after growing weary of her annoying insistence they should do things couples do, such as engage in conversation, or maintain eye contact - acts distracting him from his Fashion Wheel. Woodcock is one of those genius workaholics, you see. Head down, emotions tucked away. We do eventually come to understand the origin and importance of his obsession with his craft, although this doesn't make him any less of an unlikeable prickly dick.

The crux of Phantom Thread's characterisation is a study into the artist type: the periods of isolation required to focus, the random nature of inspiration, and the subsequent difficult personality. A perfect meta-fit for Day-Lewis, and a lot has been made of his alleged final acting role - it was always going to be with that chaser, and in the two years since he's shown no signs of going back on his word (unless in a decade or so he and PTA announce a new project about a retired actor, and the whole thing was method acting all along, the cads).

More worryingly, Paul Thomas Anderson has stated the plot is an interpretation of his own relationship with actress Maya Rudolph. Obviously an extreme analogy, but still similar introspective apologetic ground to another recent white man fable, Marriage Story. Seems men can't help being dicks and spending six months making a film about it. Lads: box of Dairy Milk and a bottle of wine from the Co-Op will do, trust me. 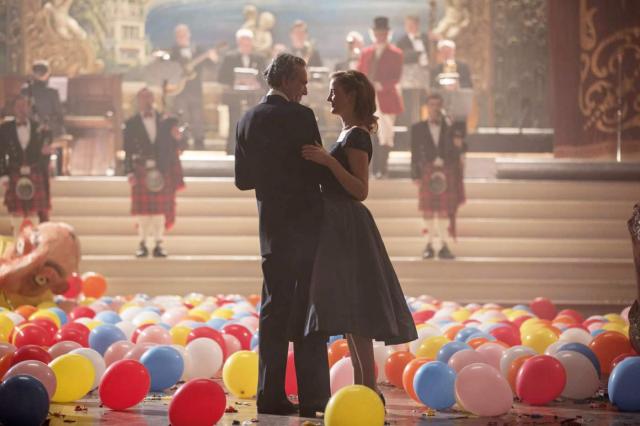 
But what of Alma, the arguably more fascinating character of the two? Again, without giving away too much, Alma proves a worthy match able to counter Reynolds' mood swings in her own unique style, that in terms of metaphors for the push and pull in a strained relationship is about as horrifically extreme as it is extremely humourous. Alma is unlike any of Woodcock's previous conquests in that she's determined to plant a stake in Woodcock's world in spite of his persistence in pushing her away. It may be a bit reductive that Alma's goals ultimately come down to wanting a rich husband, but her standing is bolstered by the way she goes about securing her man's heart.

And that brings us full circle to my confused retching. Considering the prim and proper settings and subjects, Phantom Thread unfolds into a surprising, unsettling ending that lingers on well after the happy family closing shots. The film may look like a classy frock-based drama you'd get your mum for Christmas from Sainsbury's (and I'm chuckling at the thought this probably happened when the DVD came out), but really we're deep in psychological horror territory watching a war of attrition between two deeply sick people. Maybe the best result was that they somehow found each other after all, thereby proving that love really does find a way. Now if you'll please pass me a bucket.

More:  Daniel Day-Lewis  Vicky Krieps  Lesley Manville  Paul Thomas Anderson
Follow us on Twitter @The_Shiznit for more fun features, film reviews and occasional commentary on what the best type of crisps are.
We are using Patreon to cover our hosting fees. So please consider chucking a few digital pennies our way by clicking on this link. Thanks!