The Apprentice: season 15, episode 1 recap: "The Cape of No Hope"

They're all here again, and again, and again. The token posh guy and girl; the cockney salesman who's the most self-aware and grounded but startlingly aggressive whenever he has to sell anyone something; the gold-star recruitment consultants who ironically have no understanding of the sort of personality likely to win over potential employers. I wish they weren't. I wish it would all stop.

No other reality show has run this long without ever once changing its format or at least trying something new. And to be fair, why would you: The Apprentice's wholly disingenuous premise doesn't leave a lot of room for new ideas, and people still watch it, thanks largely to its being one of those shows that still gets "shock behind-the-scenes exclusive" tabloid traction. I don't have anything new to say about it, but about five minutes into the first episode of season FIFTEEN the realisation came to me that I've progressed past simply not wanting to watch it, to actively wanting to remove it from my life. It's unpleasant and aggressive and nasty, and it consciously makes the world a worse place, promoting isolationism and hostility as a means towards self-advancement.

Earlier this year I came home after a stressful day at work, having spent the train journey scrolling through people's arguments on Twitter, and without realising I was slightly worked up, because it can sometimes feel like a natural state if you let it, made some dinner and turned on Nadiya Hussain's Time to Eat. It was overwhelming. I felt like this wonderful, talented woman, so skilled at talking to the camera and making you feel like it's just the two of you, was welcoming me into her home and checking whether I was OK. I wanted to have a lie down and a cry on her sofa, then make some apple turnovers in her kitchen filled with natural light, gleaming splashbacks and DIY spice jars with handwritten labels. 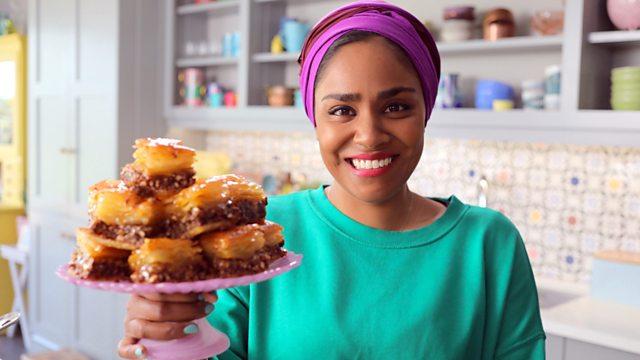 
Point is, the world is barrelling towards self-destruction. If we're going to be set against one another and duped via hacked Facebook feeds into hating and blaming those less powerful than ourselves for our problems, can't we at least make a conscious choice not to have the narrative of division furthered by the programmes we watch for entertainment? I don't think either that my being sarcastic about a programme that's designed to make you dislike the contestants is contributing much to anyone's life. So look: let's get the rest of this season out of the way then I'm switching off the series link and never watching or writing about it again.

A pre-task Sugarism of note, then: he warns everyone not to underestimate him, then demonstrates this by citing act and scene after posh girl Lottie quotes A Midsummer Night's Dream. It is setpieces like these that make me wonder whether I've missed some key meeting about how to watch The Apprentice: the claim that he genuinely knows this off the top of his head isn't, I'm sure, even being proposed. Everyone knows this is pre-scripted; of course they do. It's not so much that I think the artifice should be challenged, more that it's so flimsy that neither the show nor the audience is bothering to pretend to believe it. So why is any of us participating?

They go to Cape Town and have to arrange tours. The boys do safaris; the girls do wine. Lewis comes from "a travelatory background", so decides to be project manager. Riyonn is the subteam leader because, he says, "I engage relentlessly". One thing I'm especially tired of is the way these initial meetings are always edited so as to create the impression that someone is annoyed: the PM will say "Is everyone happy with that?" then we cut to the person who didn't get their own way, appearing to silently fume. 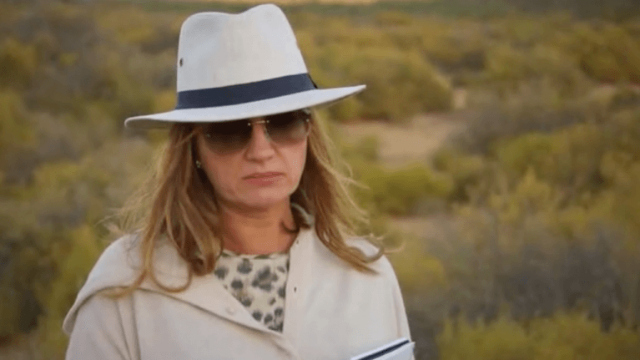 Karren Brady, a wronged divorcee looking for adventure but displeased at the uncouth habits of her young male South African tour guide, whose disregard for convention and her prim Manhattan socialite preconceptions will eventually win her over.


There are mistakes made: the men shouldn't be promising "the big five" safari animals (lion, rhino, duck, duck, goose) to their tourists when there's no guarantee they'll see any of them, but they do, and are told they shouldn't have, creating a scenario when you're not quite sure who's to blame but very aware that, if you worked at an actual company that provided this service, it would be easy to avoid by just talking to each other rather than shouting a lot. The women's pricing model for their wine-tasting trip revolves around starting off prohibitively high then panicking when it gets down to the wire and dropping it to about 60p.

When they conduct their tours they don't know any of the details they're supposed to be giving in their narration, because of course they don't because they don't work there (they could ask someone who works there to help, but don't, because the show requires them to fail and then argue about failing). These details, as ever, are what gives the lie to the whole premise: the fact that they aren't allowed to perform the task in a way that gives a decent chance of success means it isn't a serious audition for a business partnership, and renders the whole thing effectively scripted reality. And if it's scripted reality it's just a bad drama. So why aren't we all just watching Succession?

The girls win by £44 and their treat is to ... go home? Yes, it's to go back to the house. There is some champagne there to be fair, but they're going to be living there anyway, so it's a bit like winning your bus fare home.
Who gets fired?

Lewis brings back his two fellow failures. It is pointed out, fairly, that Shahin, a man whose name I've learned for long enough to write this and will then forget the second I click "Publish", didn't sell any tickets. But no one's ever wrong and he has to argue, because arguing's what got him here, so he and Lewis and a guy called Dean have a big row. Lewis shouts a bit too much. (It's interesting that The Apprentice has a decorum threshold lower than stabbing, when being borderline threatening towards your coworkers is tacitly encouraged, but it turns out it has one, and even I can tell he's crossed it when his voice hits a certain decibel level.) Lord Sugar warns him that it's unprofessional and he'll have to control his temper, but fires Shahin.
Does he thank him?

A boilerplate "Thank you for the opportunity." With more self-reflection he might conclude that this opportunity has really only earned him the odd double-take in the queue at Canary Wharf Costa for the next six months, and the loss of what little confidence his coworkers have in him when he gets back to the office.

Back at the house, Lewis has a big laugh about his boardroom warning and Dean states that he disliked being up for firing so much that he's never going to let it happen again. This is of course no more within his control now than it was at the start of the episode, so this is just a blithe statement of confidence in his ability to beat everyone else just by choosing to. Neither of them has learned a thing. None of us has; we're all slightly worse for having engaged with it, our cultural self-esteem has been chipped away at that little bit more, and we feel frightened and alone.

Next week: I don't have to watch it, and I instead make a casserole and have a pleasant daydream about hugging Nadiya Hussain.