There’s only one week left until we get to the highlight of the year and Claude rips into everyone, but we have one more pointless task until then.

The candidates gather at the home of the Royal Society of Chemistry, which according to its blurb is “Advancing excellence, connecting chemical scientists and shaping the future of the chemical sciences for the benefit of humanity.” But they’re happy to put those ideals aside for the morning so we can get an hour of the candidates trying to create in 48 hours what it takes actual experts to do in 7-8 months. This week, they have to make and brand their own perfume, but who will be smelling victory in the boardroom?

As is now customary, Lottie positions herself as an expert in whatever field this is in a bid to be PM. Knowing a lot about perfume is along with her being: a top sommelier for Britain’s best wine bar, a Michelin-level silver service waiter, a professional musician for the last 15 years, electric bike pioneer and fully-qualified librarian. And all before she turned twenty - she’s the UK’s biggest undiscovered expert. She claims to know a lot about perfume because she’s helped three of her friends pick their wedding fragrance. I’ve helped my mates decide on what pizza to order, it doesn’t make me Papa John. Instead, PM goes to Carina who only wants it so that she doesn’t have to take orders from Lottie.

Carina decides to go for a unisex scent, but has a very distinct 1970s feel as to what that means, “Imagine a woman wearing a suit”. Wow, that’s all my expectations turned on their head. Lottie counters this with “Androgyny is very in right now”. When Scarlett asks her to explain what that means, probably for her own amusement, Lottie offers, “Imagine Cara Delevingne...in a suit”. SO edgy! That ringing you hear is Saatchi and Saatchi desperately trying to call Lottie to get her in on their next campaign. 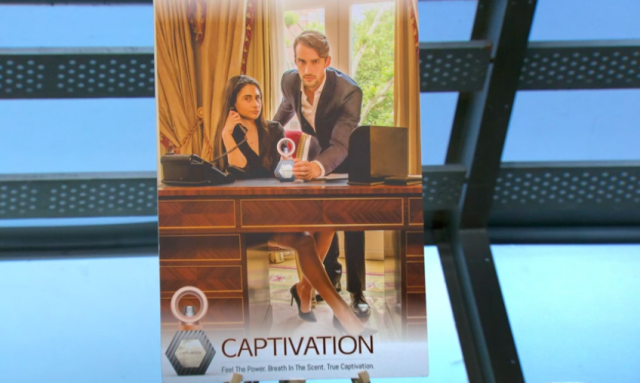 "Hello? I'm sorry you'll have to speak up, my desk fan is making a racket"

Pamela has already been cued up to lead Team Empower, but it’s obvious why she hasn’t been PM before. She second-guesses her own decisions, and then over rules her team, Tweedle Dumb (Lewis) and Tweedle Dean to make a female-appealing fragrance in an already over-saturated market. Dean is obviously excited to be working with Lewis again, hoping he’ll impress him with some first class banter but Lewis dismisses him like he’s an annoying little brother he’s been forced to babysit. When Pamela divides them up into the subteam, Lewis is blunt that he thinks Dean shouldn’t be left alone, in case he tries to drink the perfume. And here we hit a major problem with the format of this week. With only 6 candidates remaining, still having subteams means that one person will have to work on their own. What this means is five minutes of Lewis muttering to himself about sustainability being trendy because he heard it mentioned in a presentation once. If a falling tree doesn’t make a sound if there’s no one there to hear it, does Lewis fail to exist if no one’s around to see his little perfume bottle doodles?

Scarlett is in charge of creating the bottle for her team, and comes up with quite a sophisticated design in record time, even if it does have a passing resemblance to a Dyson heater. She lands on “Captivation” as a name, which doesn’t strike me immediately as a uni-sexy name, but what do I know, I don’t wear perfume I just spritz myself with Febreeze before leaving the house. 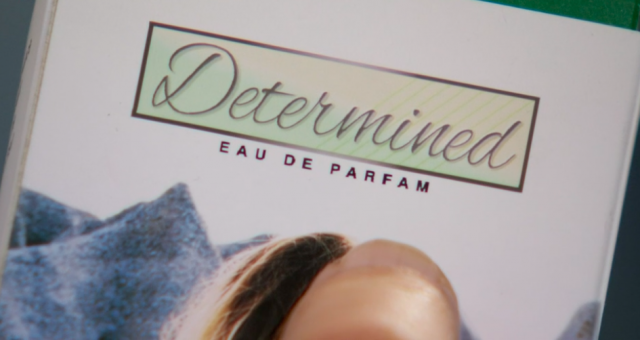 Lewis is having a much harder time, mainly because he keeps on asking the designer for advice but of course, they are forbidden to reply because the producers of The Apprentice think this is how the process works in the real world. It’s down to this communication ban that the poor designer can’t step in when Lewis insists on correcting their spelling of “Eau du Parfum” to “Eau du Parfam”, and explaining why adding a picture of a model in booty shorts doesn’t exactly convey “empowerment”, even if she’s standing in front of a mountain before she metaphorically moves it. He defends his choice to Pamela as, “she’s independent, she’s got a backpack!” but she’s not impressed with his “cheap and nasty” design.

The photo shoots go exactly as well as you would expect when they are directed by people with no experience. Lottie is intent on creating a weird 80s/Trump aesthetic, placing Carina in what looks like the Oval Office while a male model looms over her making a grab for her perfume bottle, just to really land that equality message. Pamela doesn’t like the beach bar she chose for her shoot, so instead goes with Dean’s suggestion to get their model to squat in between some potted plants outside the fire escape for their perfume, “Determined”. I’m determined to get through this without bursting a blood vessel.

Unison’s Captivation beats Empower’s Determined by 1000 sales, and their treat is to go a clipper boat with a bottle of warm cava, so it was all totally worth it.

Dean completely fumbled the pitches and comes under fire for his only contributions being waving smelly sticks under the noses of the panel, even though as usual, he claims that he made the most contributions of anyone. Lewis is criticised for his shambolic packaging design which looks like a deodorant for back-packers, but he claims it was because Pamela’s brief was too vague and she pushed too much responsibility on to others.
Who got fired?

Dean, for thinking he was Rankin for getting a model to pose in a plant pot. Did he thank him?

A very well-rehearsed short speech on how much he’s enjoyed the opportunity. He must have known this was coming for weeks.

Next week, it’s the interview round and Ed is one step closer to getting his life back.