The Apprentice: season 15, episode 11 recap: "The Lion, The Twit and The Small Globe"

They say it’s the hope that kills you, so in that respect we’ll be ok and it will probably be the austerity that gets to us first. I mean, does anything even matter anymore? Anyway, interviews.

When I first started in the world of work, recruiters would tell me, “The worst that could happen is that they don’t hire you", which as Solomon from season 10 will testify is not entirely true. Is there a fridge we can hide in?
Lottie - "The pony ate my homework"

Lottie’s business plan is to ask a man with a proud working-class background for a quarter of a mill investment so she and her mates can go shooting peasants. Oh no, sorry that’s pheasants. It’s Mike Soutar who gets to pull the ace on her and highlight the fact that she’s not included any profit plans or costings into her business plan: you know, the plan that sets out your core objectives and how you will achieve them.

Mike also points out that to make her elite country club idea profitable, she would need to run 96 events across the year, which Lottie claims she would be capable of running entirely by herself. Ah, the arrogance of youth: if I go out more than once a week these days, I’m done for.

Encouragement comes from Linda Plant, who is angling for an invite to this prestigious club even though Lottie is less than vague that Linda's Leeds accent would definitely put a barrier on her joining. Linda thinks that the idea is worth an investment, but Lottie herself is not. Seeing as Lottie is the country’s most experienced....everything, she’ll probably be OK. Pamela and The Case of The Missing Order

Magic Mike does it again. “How long do products usually take to get to your customers?” Pamela ponders for a moment, and replies that it can take up to five days. Mike informs her he ordered some Australian clay masks and watermelon lip scrub eleven days ago, and wants to know where they are as he’s due a pampering session. Pamela is flummoxed and writes down his order number on the back of her hand. Mike is incredible: if you ran a funeral business, you just know he’d fake his own death in order to tear your business plan to shreds.

She doesn’t have much luck with Linda either, who pulls out a cotton bud filled with makeup remover similar to one Pam claims to have invented. Pamela is adamant she didn’t steal the idea and I’m reminded of the time I forgot my Kindle before a long trip, and came up with the idea of selling disposable ones at train stations before I realised I’d just come up with the concept of a book. 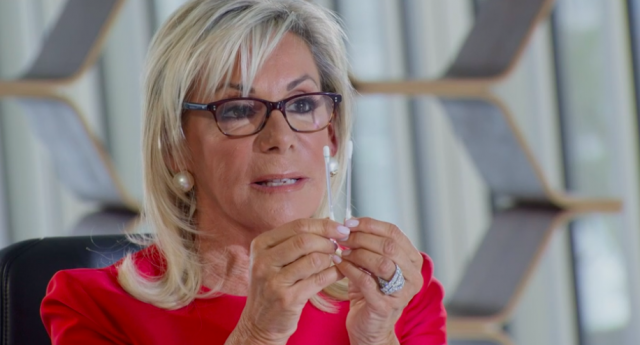 It gets worse when Pamela emotionally unravels at the end of the process in front of Claude, who discreetly slides a mug under her chin to capture her tears for him to sup on later.


Carina - The Steak Bakes Are Too High

If there’s one thing we’ve learned about Carina over the last ten weeks is that she can hold her own. She’s completely unfazed by Claude’s takedown of her plans, and rebuts Linda’s assertion that Carina needs to learn how to bake in order to run a bakery. Karren runs a football club but she’s not scoring goals from the corner, is she? And when asked by Mike how big her business is going to be, she responds with a confident, “Massive!” and that’s in business terms, guys.

Mike then reveals he’s gone Black Ops again and visited Carina’s shop. The coffee was fine but no one asked him how it was, even Carina claims her employees will always ask for on the spot feedback. However, the cherry almond slice was cracking.

Maybe because she’s a bit rattled by the thought of Mike skulking around her coffee shop, Carina also comes a cropper on Claudine’s therapist couch when she brings up her stoic dad and how that affects her relationship with her son. How all this relates to running a business is a mystery, but it makes for an emotional watch.
Scarlett - Human Resources

The usually relentlessly upbeat Scarlett also comes undone, leaving her interview with Claude in tears after he calls her plan “woeful”. Scarlett interviews for a living, but there’s nothing that can prepare you for the man who put the actual axe in 70 St Mary Axe. Likewise, Mike also sticks the boot in after scouring her LinkedIn profile and questioning her non-existent degree from the Open University - not a good look for a recruiter, even if their green suit is pretty sharp.

Once again, it’s up to Claudine to coax out the last of Scarlett’s tears, asking her about her struggle as a young mum. Despite her fears of looking weak, Scarlett manages to pull herself back together and know she can rely on her strengths to get her through. 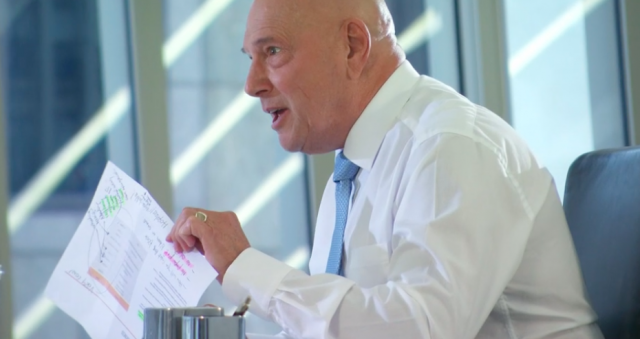 Kudos must also go to Lewis, whose business idea to take 200 of his mates on a piss-up to Croatia. Linda pulls him up on his lack of experience, as two seasons as an 18-30s rep doesn’t quite make you a tour operator. “I could be a film critic, but it wouldn’t make me an actress, would it?”, she says. How dare she.

Claude gets straight to the point. “This is garbage”. Even with Sugar’s investment, Lewis would operate at a loss. You can’t put a price on bants, Claude!

It’s with Mike however that Lewis ultimately seals his face. Pulling out a globe, Mike asks him to stick a pin where he thinks Croatia is. After thinking it’s in Greece, Lewis, a man in his late twenties, nervously exclaims that he’s never seen a globe before. Oh well, at least he didn’t cry. 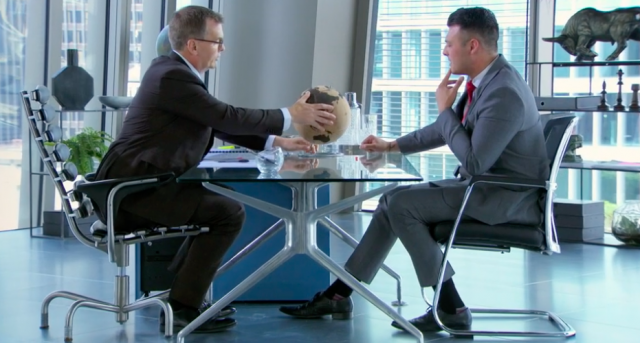 "What is this? How did you shrink the Earth? Or am I a giant now?"


Who got fired first?

First out the door is Lottie. Fun fact: her suitcase was actually carrying her 200 page CV that covers her vast wealth of experience.

Did she thank him?

Yes, plus Claude and Karren, which was nice.
Who got fired next?

Lewis, who I recently found out called himself a maverick in his bio: for that alone he should have gone out in the first week.

Did he thank him?

Yes, and he actually looked quite chipper. He even got a "stay in touch" from Lord Alan.
Who got fired next?

Pamela, based on Lord Alan's gut feeling that he couldn't see her as his business partner.

Aaaand that's it from me for this year (probably). Thank you for the opportunity.