When doing the just-about-iconic point, Lord Sugar's hand doesn't do what the Twitter emoji does, I've noticed. The latter extends the index finger in the same way but turns the back of its hand to face you, while the back of his hand faces skywards. Even the basics of The Apprentice's flimsy premise go uninterrogated, and yet still my demands for a DCMS select committee hearing go ignored.

Oh, I don't know, Olympic Stadium, I suppose. Sugar's "been called away on urgent business" again (this is, of course, not true, because you can't sign a contract to present a prime-time BBC show then just bog off for a week when something else comes up: he just has it written into his contract that he gets a couple of weeks boardroom-only). They have to advertise Finland. Yes, the country. This seems like a lot of responsibility, and something for which the Finnish tourist board perhaps don't need 48 hours' hastily contrived help from a bunch of narcissist chancers who've never been there.

But that's not why we're here. Ryan-Mark ducks the PM slot again with his usual pretence at being up for it, and Marianne gets it instead. I pause it and look at dogs on the internet for half an hour. When I resume Lewis and Dean are on the same team, and so are visibly in the same room at the same time. This is going to be like one of those stags where you get to the Airbnb in Newcastle and meet for the first time the two guys who've been sending all the pranks in the Whatsapp group which are links to a story about an unlikely but potentially exciting transfer to your football team which when clicked are instead gifs of a man's erecting penis and they've never met each other but they become for two days the firmest of friends. I remain unconvinced that they are separate people. 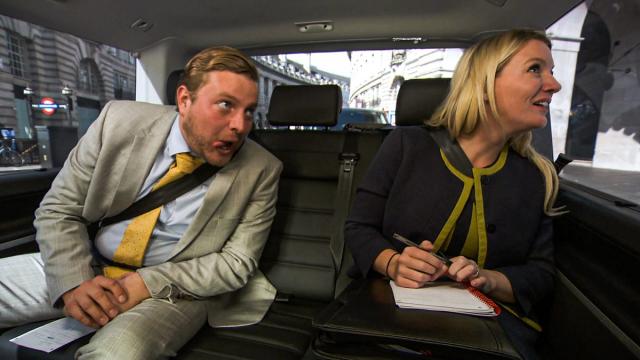 
There are two narratives being pushed through the editing this week. One is that Dean, whom Lord Sugar has dragooned into PMship this week, is a weak leader and out of his depth. The other is that Ryan-Mark is a shirker.

There is some evidence for the former: Dean does fumble the pitch a little and go a bit red, but otherwise what we're being told is that his approach of asking others for their input and then acting on it when it's a better idea than his is the wrong one, and he should instead be DECISIVE and ACT WITHOUT HESITATION and do it wherever possible WITH HIS DICK OUT. I remind you that this series is now 15 years old and people who have grown up watching it, and have no other popular cultural template for how to behave in the workplace, are now your office colleagues.

As to Ryan-Mark, he couldn't be banger to rights. Each season has a shirker who does nothing for the first six episodes or so then criticises everyone else in the boardroom. He does his usual trick this week of appearing to put himself forward for PM but in a way that encourages everyone to choose someone else. Marianne later calls him on this with spectacular clarity when they're arguing in the wash-up.

Anyway: some of them go to Finland and shoot ads, some stay behind and do the digital billboards for Piccadilly Circus (IMAGINE how much this costs ffs). In the task, Lewis demonstrates a rare Apprentice quality: being positive when something is delivered below par, as he does when he sees the billboard, rather than saying it's awful and the subteam leader is a terrible person who should die in a fire. He also thinks on his feet in the pitch to talk around an awkward question, delivering what sounds like decent justification for something that is unequivocally bad. 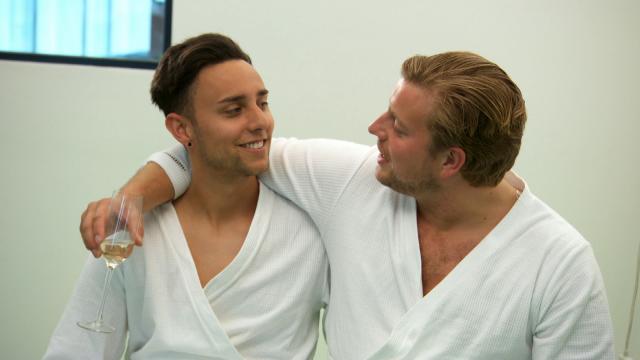 The people asked for their opinion in Piccadilly Circus say, as they always do, exactly what the edit has told us the problem is with the billboard. In this case it's that a white background for the logo would've been better, which is so specific that there's absolutely no way in hell they haven't been primed to say it. A reminder: scripted reality = bad drama, so go and watch good drama instead.

It's brown suit week. "How am I supposed to know that's Finland?" complains the lord. No one points out that it says "Visit Finland" in big letters at the end. "You're there in the pouring rain," he observes of a TV ad. "It doesn't scream Finland to me." He is talking about the bit of the ad where the characters are miserable at being in the UK and therefore decide to take a holiday, and so misunderstanding the entire thing. You wonder whether, when he watches Dumbo, and there's a period before the elephant learns to fly in order to establish that there are obstacles for him to overcome, Lord Sugar sits there and thinks "This doesn't scream flying elephant to me."

After a perfunctory "inactive geysers" joke about Dean he awards it to his team, Unison.
Who gets fired?

Marianne brings back Jemelin and Ryan-Mark, who had a bit of a barney while shooting the TV ad, in which no one was particularly in the wrong but they both handled it terribly. His ducking of PMmanship is exposed for all to see, but Jemelin gets the finger.
Does she thank him?

A barely-whispered "Thank you", before Sugar turns to Ryan-Mark and tells him: "This is the Last Chance Hotel, my friend." WHAT WHAT DOES THIS MEAN THAT'S NOT HOW PHRASES WORK

Next week: the teams have to provide free nationalised high-speed broadband to an entire country and iron out various kinks to do with cost, the fact that it would disproportionately benefit the well-off, and whether or not people would be allowed to use it to criticise the government.