Body paint instead of CGI! Cardboard sets instead of exploding skyscrapers! David Hasselhoff instead of Samuel L Jackson! What would the Avengers look like if Marvel had decided to assemble their hero boyband when they first had the chance?

Not many people will be aware of all the previous incarnations of Marvel’s greatest creations. I’m talking back when Spider-Man’s webbing was made of silly string and The Thing looked like Zippy from Rainbow. And yet, by the turn of the century, each of the new Avengers had already appeared in some form or other. So here’s what they would look like if Marvel had got their act together a bit quicker. 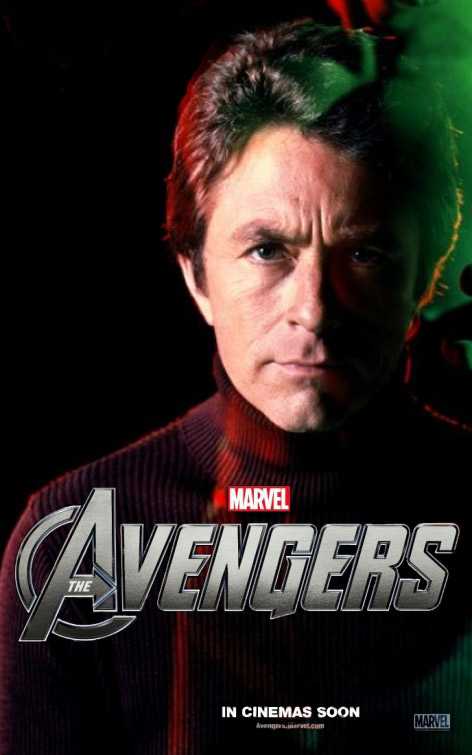 Where would Marvel be today if it weren't for Bill Bixby's smouldering restraint and Lou Ferrigno's giant meat head? Still the most effective onscreen version of the Hulk, there was no reliance on fluorescent motion capture to recreate the beast – no, the only special effects here were green body paint and eyebrow wigs.

And still, to this day, whenever I’m walking alongside a road by myself late at night, I’ll hum the sad Hulk music.
Nick Fury 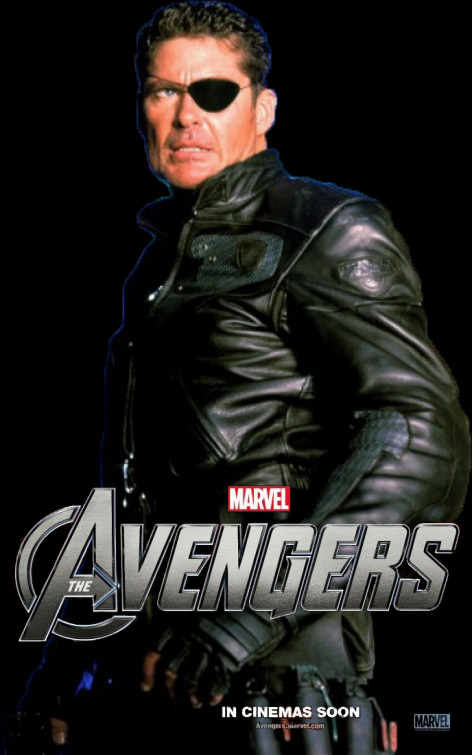 Before Samuel L Jackson cool-muthafucka'd the role in a series of post-credit stings, Nick Fury was brought to life by none other than David Hasselhoff. The Baywatch knight starred in a 1998 TV movie called Nick Fury: Agent Of S.H.I.E.L.D. which would have led to a whole series if it hadn't been so painfully shit.

Not only does the Hoff growl and chomp cigars with all the charisma of a wet fart, but the dialogue and TV budget made way for some of the worst moments in comic-book history since Armless Tiger Man. Watch below as Nick Fury meets his robot double - an exact likeness for sure: 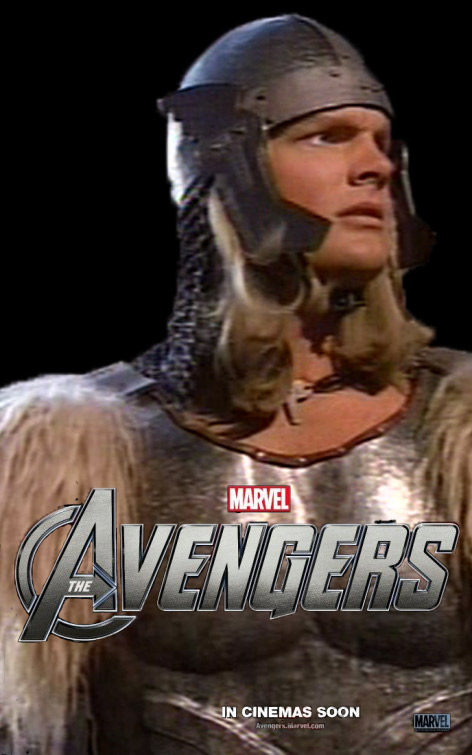 Six years after the The Incredible Hulk exited the small screen, he came back again in…er…The Incredible Hulk Returns. But this time he wasn’t alone. Whereas Chris Hemsworth’s Norse god comfortably straddled the line between Viking royalty and modern-day hero, telly bit-parter Eric Kramer hams up his one and only appearance as Thor like he is performing in an amateur dramatics production of Jason And The Argonauts. Watch as Hulk and Thor BATTLE TO THE DEATH with rubber props: 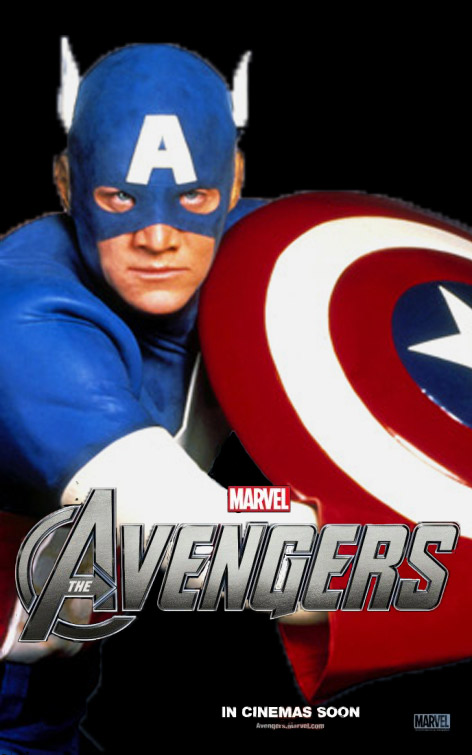 This 1990 film version of Marvel’s first Avenger stars Matt Salinger as the wing-headed shield-thrower. Amazingly, Matt is actually the son of JD Salinger, author of literary classic The Catcher In The Rye, a never-bettered exploration of adolescent alienation and angst. Well done, Matt – I’m sure you made your dad proud by dressing up in the stars and stripes costume and doing battle against this: 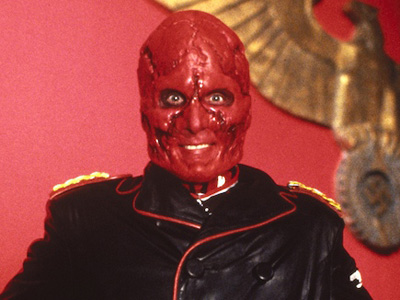 I imagine this is what Freddy Krueger's graduation photo looks like 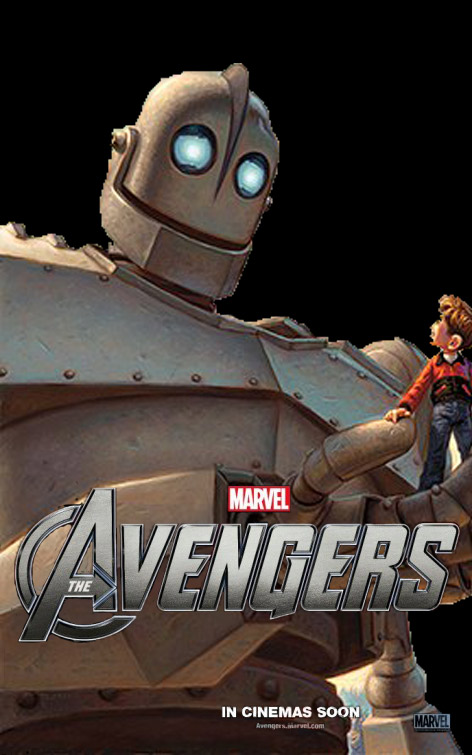 Bet many of you didn’t know that The Iron Giant was originally called The Iron Man. And now, of course, the only sad thing is that author and beloved poet laureate Ted Hughes never lived long enough to see Robert Downey Jr. instil his wonderful creation with so much arrogance and alcoholism.
Um...Hawkeye? 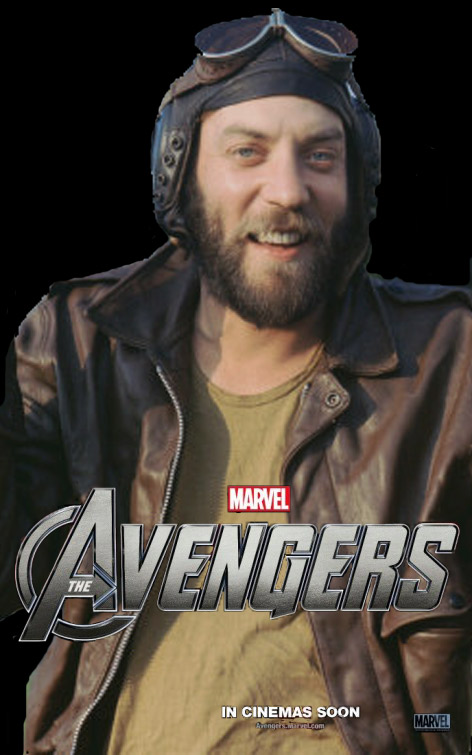 Long before Jeremy Renner held the bow and quiver of Marvel’s best arrowsmith Hawkeye, Donald Sutherland played the role in 1970. Of course, back then, Hawkeye was reimagined as an army surgeon during the Korean War with a wicked sense of humour. In the new film, I’m looking forward to seeing what pranks and japes Renner’s version will play on his new comrades to relieve the tension of the terrible threat they face. Maybe a whoopee cushion in Tony Stark’s armour?
Black Widow (spider) 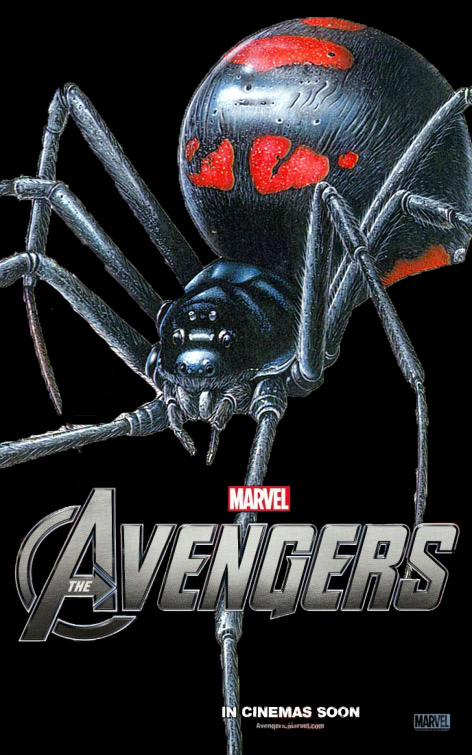 Guaranteed to be as useful to this lot in a battle as Scarlett Johansson is to the current Avengers.
So, if Marvel had assembled its Avengers some 10-20 years ago, it would be a mesh of silly hats, wigs, stunted dialogue, bad props and my poor research. And it might look a little something like this: 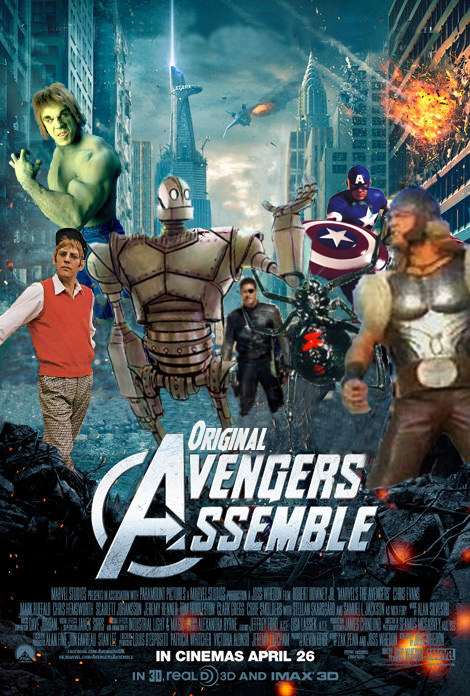 I don’t know about you guys, but I would watch the shit out of this movie.

More:  The Avengers  Marvels Avengers Assemble  Iron Man  Thor  Captain America  Incredible Hulk Joss Whedon
Follow us on Twitter @The_Shiznit for more fun features, film reviews and occasional commentary on what the best type of crisps are.
We are using Patreon to cover our hosting fees. So please consider chucking a few digital pennies our way by clicking on this link. Thanks!