We've just remembered The X Factor's still going, so let's get back on board with Britain's second favourite talent show featuring Simon Cowell. There's a lot to catch up on. Robbie Williams has found himself a wife, Louis Walsh has been replaced by a whole new Louis and it's all on telly at about midnight so it doesn't get embarrassed by Strictly. It's time! To face! The music! Or an approximation thereof.

Saturday night
We kick off with a quick look back at last week and a fond farewell to first live show casualties Olatunji and Armstrong. No, us neither. RIP, always in our hearts, I wanna run to you. Then it's down to business with long-time host Dermot O'Leary – a man who can presumably put a price on dignity – who lets us know it's Guilty Pleasures Week. That's in stark contrast to all the other Hip and Couth Weeks that litter the series.

Speaking of guilty pleasures, Simon's shirt is undone to his perineum (look, whatever floats your boat, no judgement here) and Robbie's wearing a pair of Rod Stewart's fragrant old leopard-skin leggings as a jacket. The rest of the time he's wearing a mock-shocked look as his wife and fellow judge Ayda Field decides the way to curry favour with the public is to fling insults at her beloved. "None of Robbie's songs have ever been played at a party in the USA," she quips after hopeless boyband United Vibe almost sing, you guessed it, Miley Cyrus's 'Party In The USA'. 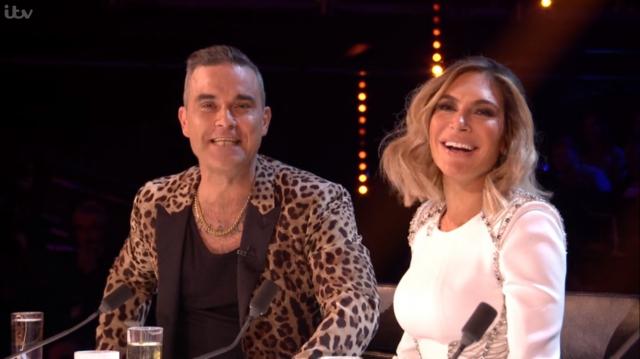 
Ayda should tread carefully. The last time Robbie mugged to camera the whole time the person next to him uttered something he didn't like – bear with me here – it was Gary Barlow singing 'Back For Good' and Robbie was about to up sticks and leave Take That Mk I. So yeah, let that be a shoehorned, convoluted warning from history.

In the rich X Factor tradition, none of the song choices have anything to do with the theme, of course, just so Simon can accuse Louis Walsh (god rest his soul) of making a terrible song choice. Consequently, potential TOWIE extra Scarlett Lee sings peerless country standard 'Always On My Mind', finding a whole new tune in the process; Livin' Joy's 90s house diva and now, well, X Factor contestant Janice Robinson makes a brave foray into her comfort zone with Robin S's 90s house classic 'Show Me Love'; and perma-crying teen Molly Scott warbles 'Little Do You Know'. You know – 'Little Do You Know'. By Alex and Sierra. This is going to be a long night, isn't it? They won X Factor US, Simon picks the songs, you get the picture.

Most criminal of all, they try to claim Britney's '…Hit Me Baby One More Time', one of the towering achievements of the post-war era, is a guilty pleasure. Ah, no, most criminal of all is the singer, Giovanni Spano, a rock-opera neck-free toothy-comedian-Rob-Beckett-in-an-afghan-dog-wig who performs the fictional Stiltskin version of Britney's Nobel-winning tune. The queue for an ear- and eye-ectomy is round the block. "That was a bit weird for me," admits Wrong Louis Not Walsh Tomlinson, revealing a flair for understatement that'll serve him well when his post-One Direction solo career thankfully veers off course. 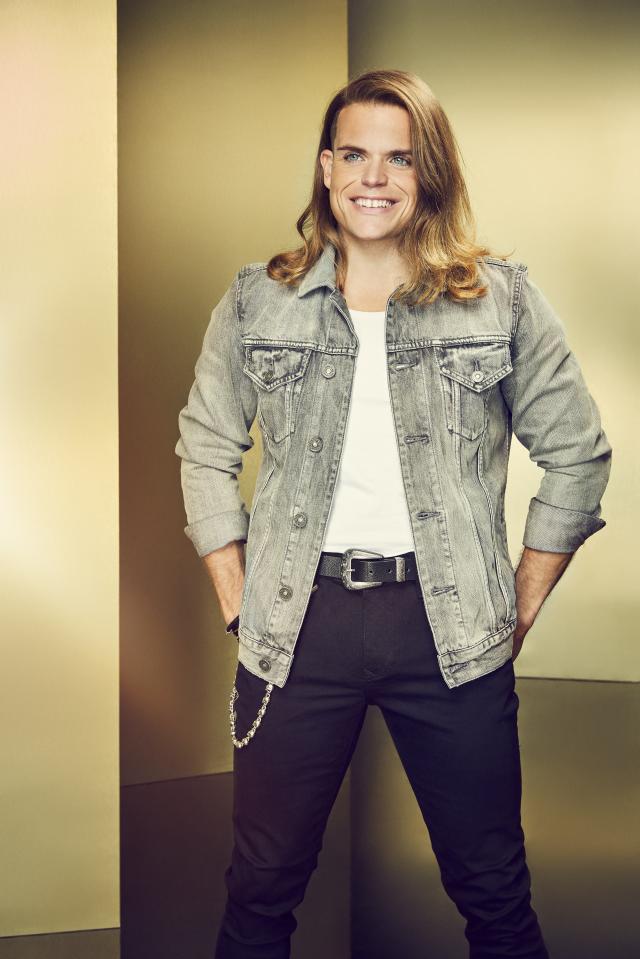 We implore you to stop this man.


Praise the lord for Acacia & Aaliyah, a pair of teens so young they don't even remember Steve Brookstein. Sorry, what? AAA, as no one's calling them, give us a sweet rendition of K-Ci and JoJo's 'All My Life' plus a blistering bonus rap that's so far beyond the judges' frames of reference that Robbie slips into patois. Everyone else cringes so hard the clocks go back.

Sunday night
It's a DOUBLE ELIMINATION. Again. They must be in a hurry. Are clichéd old people correct after all and Christmas is genuinely getting earlier every year? Dermot even sends the survivors through quickly, but not before we've had former winners Little Mix showing this year's hopefuls that they too could wear trousers over their jeans if everything goes to plan.

No such luck for Janice, who picks up the fewest public votes and is off before the second ad break. She's not beaten though. "When one door closes," she tells Dermot, "I trust and believe that God is going to open another door." Oh look, he has! It's the exit.

There's just time for Kylie Minogue to continue to misinterpret the Kylie brand and sing another one of her new country songs before the second recipient of the DOUBLE ELIMINATION gets, er, eliminated. Get ready, it's LMA Choir versus Brendan 'wasn't really worth mentioning up to this point' Murray.

Does it go to DEADLOCK?
Yes! I was a bit worried DEADLOCK might have gone to the Great Westlife Bar Stool in the Sky with Louis Walsh, but once we've heard LMA Choir surgically excise all emotional power from 'A Change Is Gonna Come' and Brendan scandalise precious Radiohead fans worldwide with 'High And Dry', Ayda ties the scores to avoid making a decision. Fate steps in and spares us another week looking at LMA's conductor's backside.

Next week
They passed up the chance to have a Halloween Week, so maybe they'll go for Bonfire Night Week. Expect mirthless belter Shan Ako to sear through Katy Perry's 'Firework' and, if we've been good, pub singer Danny Tetley to tackle Elton John's instrumental 'Song For A Guy [Fawkes]'. Just make sure Simon's latest face doesn't get too near the fire.