It's Big Band Week! You know Big Band Week. It's when the finalists sing any song they like, in any style they fancy, just as long as there's a big band somewhere in the room, playing or otherwise. And that's not the only rule bent out of shape this weekend. No. They also flout all of the others. It's like nothing matters anymore.


Saturday night
It all starts so well. I say "well". It doesn't start disastrously. I say "it doesn't start disastrously". It starts with Dermot O'Leary skipping on with bowler hat and cane, as if that somehow says "Big Band Week". What, because it's formal? Because it's dapper in some blazingly unimaginative way? Because Mr Benn once went through the back of the shop into the Bournemouth date of Robbie Williams' Swing When You're Winning tour and somehow we're all supposed to get the reference?

Once we've got over Dermot's casual metatextuality, it's up to Simon Cowell to get the show going. "What? Are we starting already?" asks the puff-cheeked harbinger of pop's inevitable fiery doom. "Wow, that was quick. It's *checks notes* Scarlett Lee!" So that was touching. What is genuinely touching is Scarlett's performance of Can't Take My Eyes Off You, a camp cabaret tune that she nevertheless manages to make affecting because she's ace. God. Give us someone awful to talk about. "Not having you in the show wouldn't be the same show we're having," waffles Simon, Confuciusly.

Remaining on the awful tip, next up it's Brendan Murray. Imagine the guy from The Script with even less charisma and vocal presence and you're halfway to imagining Bren…no, that's unfair. No one's as wretched as the guy from The Script. Still, Brendan tries his hardest to dip to that level with a terrible indie ballad accompanied by some strings that apparently mean ‘Big Band' now. Did Ray Quinn die for this? 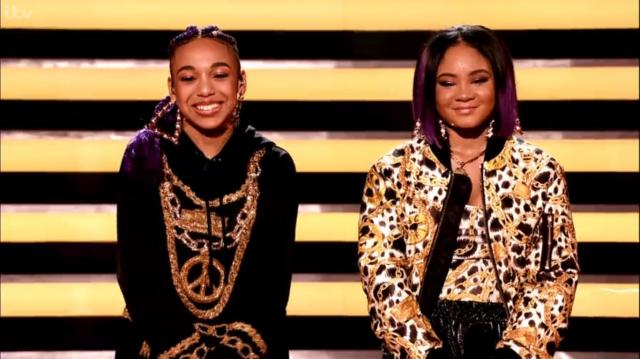 
Salt'n'Pepperpot-sized rappers Acacia & Aaliyah also snub the Big Band thing in a bold and ultimately successful attempt to appear in the bottom two again, and there's a similar lack of respect for the theme from Dalton Harris who covers Beyoncé's abysmal brass-free power ballad Listen in the manner of an abysmal brass-free power ballad, but is so talented it makes no difference. There's equal lack of consequence for helium-fuelled crooner Danny Tetley, who turns up wearing my mum's old curtains as if I wouldn't notice them disappearing after they've hung in her living room for 35 years.

Sunday night
We didn't discuss Bella Penfold, Anthony Russell and Shan Ako, but life's quite short isn't it? And we didn't mention this week's added significance: after the two unlucky finalists leave tonight, the remaining six will be GOING TO BLACKPOOL. I mean, no, they'll be on next year's X Factor tour. It may encompass Blackpool, who knows.

Anyway, Bella's gone in the instavote, having wowed everyone the previous night with an awe-inspiringly boring London Grammar song that (naturally) didn't involve a Big Band. Don't know why I'm complaining. I hate Big Band Week, I hate ‘swing', I hate Tony Parsons saying every man should be a Sinatra fan by the time he's 40 or something look I don't know it's not like I've memorised every word of Man & Boy, One For My Baby, Man & Wife or whatever he's calling his novel this time around and-

I DIGRESS. Anything to distract from returning autobot Cheryl convulsing her way through her latest thinly veiled kiss-off single to her most recent husband. "You remind me of a young whoever that was who was married to that guy in my old band ooh what was his name it's on the tip of ooh," says Louis, probably. 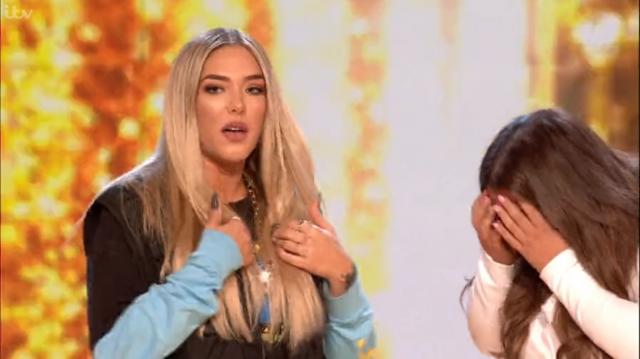 Me? But I've already booked Blackpool


Does it go to DEADLOCK?
Put it this way: after three judges have spoken, Shan's beating Acacia & Aaliyah by two votes to one. She's one of the favourites, they've been in the bottom two three weeks in a row. This is only going one way – to Ayda Field who's married to Robbie Williams who just happens to be Acacia & Aaliyah's mentor and is back next week and likely to be very peeved if none of his acts are left in the competition so Ayda sends Shan home and it goes to DEADLOCK and surprise surprise she's bottom in the public vote and it's SHANSHOCK.

Simon takes it well. "There's something I can do. I can change the rules. There won't be six acts on the tour, there'll be eight." So that's good news for Bella and Shan, who both happen to be Simon's acts. Would he have done the same if Danny and Anthony had gone? Hope not.

Next week
After that utter farrago, I imagine there'll be some sort of vote of confidence in the next couple of days and no show next weekend whatsoever. So that's a relief. Might go out.