As Benjamin Franklin once said, there are only three things that are certain in life: death, taxes and pre-GCSE hip-hop sensations Acacia & Aaliyah singing Skepta's Shutdown if The X Factor happens to be on. Look it up. When he wasn't flying kites or finding nations, that guy couldn't half predict a teen grime duo. Sorry, what's that? Franklin my Benjamins, it's only the X Factor semi-final!


Saturday night
The theme for this weekend is 'put Bjorn Ulvaeus in the audience with half the cast of Mamma Mia! Here We Go Again and make everyone naturally assume it's ABBA Week until Brendan Murray starts singing Snow Patrol's Run', and it gets less defined from there. There's the suggestion of a motif when both Brendan and Danny Tetley go to meet their entirely unconnected sisters in entirely unconnected pubs, but Dalton Harris bucks the trend by cuddling the Duchess of York.

Let's not dwell on that too long. "I'm the working man, that's what I am!" bellows Danny, accurately predicting his return to the job market on Monday after caterwauling a Shirley Bassey song in my mum's other set of curtains. Dalton, on the other hand, wows the judges. "Wow wow wow wow wowowowow," ventures Ayda Field. "Like a rhinestone Bublé, you blew that away," adds her husband Robbie Williams for reasons only he knows. 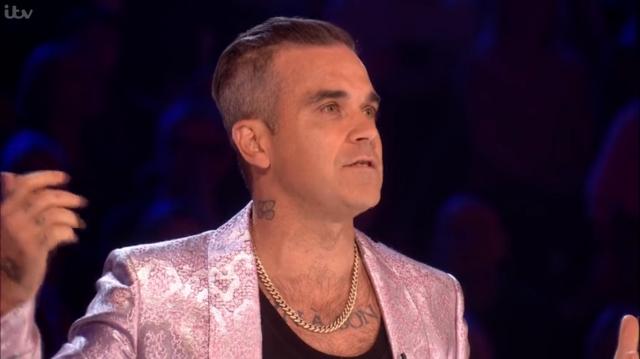 Hang on, does everyone wear curtains now?


Acacia & Aaliyah reveal the full depth of Robbie and the producers' urban knowledge by singing another Stormzy song (mixed with a bit of Lethal Bizzle) before Anthony Russell takes time out from minding cars to invent a new key to Bon Jovi's Livin' On a Prayer. But lord be praised, here's Scarlett Lee to make another of those glossy, mawkish Greatest Showman numbers actually sound sincere.

There's just time for a masterclass with Benny Andersson – principally a masterclass in pretending to look impressed while a four-foot scouser croaks The Name Of The Game – and some choice judgements from his pal Bjorn who is so engaged by the finalists' ABBA medley that he seems to think they sang the completely absent Dancing Queen, before it's a DOUBLE ELIMINATION.

Sunday night
After wotsisface and oojamaflip went out last night, there's to be one more faller tonight before we know our three finalists. What this means is we have to hear Anthony sing again. To be fair to him, he finds a new dimension of dreariness to Oasis's Don't Look Back In Anger, eclipsing Dalton's merely bland rendition of Emeli Sandé's Clown and Scarlett's functional take on that Whitney Houston song, you know the one. No, the more recent one. Well, obviously not that recent. 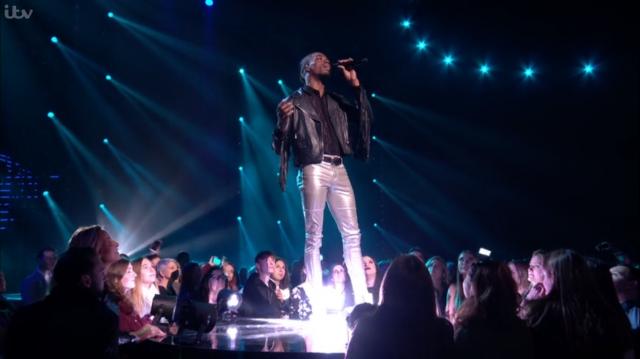 
A night of supreme effort is capped by Acacia & Aaliyah giving us Skepta's Shutdown (coupled with Stormzy's Too Big For Your Boots, natch) for about the third time in a month. This was a show too far, wasn't it? Even guest star Zara Larsson stays in the box she arrived in for half of Ruin My Life.

Does it go to DEADLOCK?
The judges can't even be arsed to do that. After Anthony's finished dry-humping Wrong Louis and joined Dalton in the finalists' enclosure, Scarlett and Acacia & Aaliyah go head-to-head for the last place in next week's final and BOTH SING THE SAME SONGS THEY DID ON SATURDAY. Look, if they can't be bothered, neither can I. Acacia & Aaliyah go home, Scarlett makes the final. There.