Film fans and borderline sociopaths alike gathered at the Stratford East Picturehouse last night to see Fight Club returned to its big screen glory (and some berk piss about with Powerpoint for a few minutes beforehand). Here's what you missed if you didn't come (PS. I hate you).


So after several months of planning, promoting, incessant tweeting and vaguely threatening emails, TheShiznit.co.uk made its cinematic debut with a showing of David Fincher's Fight Club at the Stratford Picturehouse. Maybe I've mentioned it once or twice. After weeks of begging, I also had a lot of goodies to give away. Look. 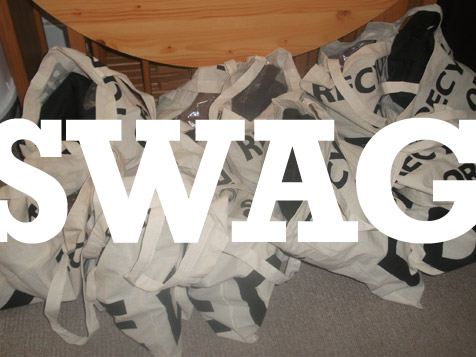 Heartfelt thank yous to everyone who showed up and participated in the Project Mayhem homework assignments - amazingly, the screening wasn't just full of friends of mine who received vaguely threatening emails. All in all, there were well over one hundred people in attendance, which is approximately over one hundred more than I expected to turn up. Here are some of you causing chaos and smashing the system in the Picturehouse bar before the film.

And here are some of you stirring up social disquiet in the screening room, perhaps quietly plotting to overthrow the government.

Rather than just show the film like everyone wanted, I decided to show off the best of the Project Mayhem assignments - mini acts of anarchy, subsequently photographed and CCd to local police - beforehand via slideshow. It all went swimmingly, if by 'swimmingly' you mean 'the stupid remote app on his phone stopped working and it was really touch and go there for a while'.

Here is a photo my wife took of me (1 of 4) barely resisting throwing my stupid broken phone into the audience. 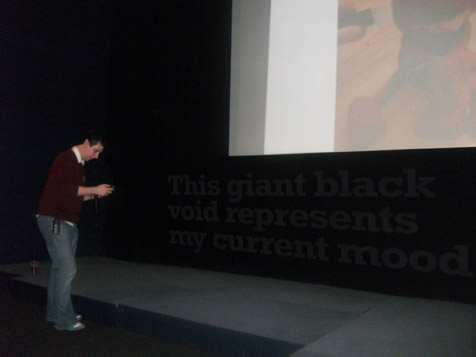 Technological niggles aside, it seems like everyone had fun and humoured the puerile and intensely immature homework assignments I'd dished out, so it counts as a win. I suppose it helped that we then played Fight Club off an original 35mm print and it was as brilliant as it's always been: brutal, darkly funny and just about the most quote-heavy non-comedy I can think of. Throw your phone at it and you'll hit a classic one-liner.

Thanks to everyone who came along, I hope you enjoyed the film and the witless buffoonery beforehand. Thanks also the staff at the Stratford Picturehouse, who kept their calm even when I was having a shrieking meltdown. If you'd care to flip over the page, you'll see all the homework assignments I received, including some which weren't shown on the night.
More:  Fight Club  Events  Project Mayhem
Follow us on Twitter @The_Shiznit for more fun features, film reviews and occasional commentary on what the best type of crisps are.
We are using Patreon to cover our hosting fees. So please consider chucking a few digital pennies our way by clicking on this link. Thanks!
Next Page »