It's a guy in a deckchair. But not just ANY guy. It's Bryan Cranston. And not just ANY deckchair. Wait ... no, that is just an ordinary deckchair. Or IS it? Look, click if you want to, but it's not going to get any better.


So from this, I'm presuming that the whole thing will take place in a warehouse with a load of cash on the floor. With Walt dressed like he's warming up to play for Norwich. 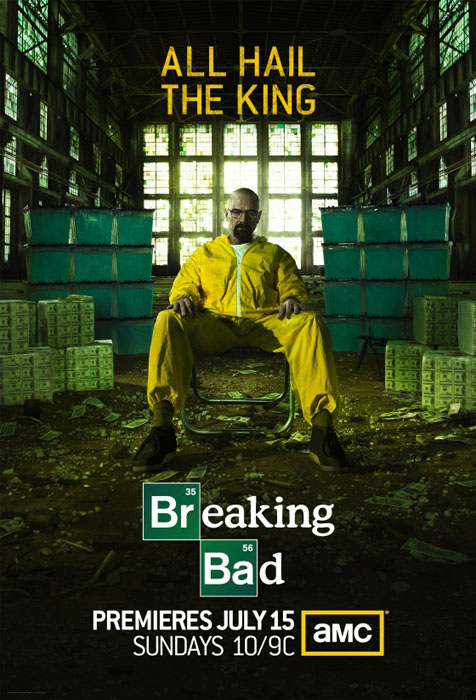 'All Hail the King'? So which king are we talking about? 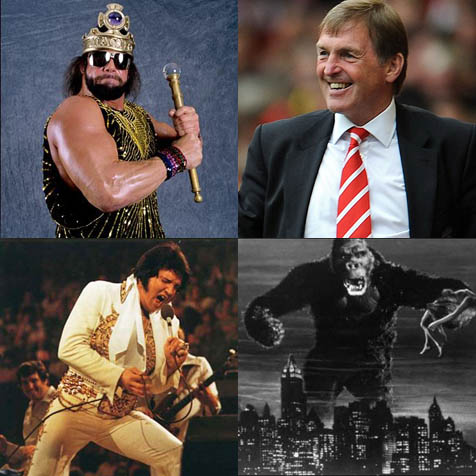 None of the above? Walt's the king, then? Of Albuquerque? But according to Wikipedia:

"
"
Albuquerque is a charter city. City government is divided into an executive branch, headed by a Mayor and a nine-member Council that holds the legislative authority. The form of city government is therefore mayor-council government.
So quite what executive power he's now supposed to hold is beyond my comprehension. Seems to me that he's going to need to run for office through the proper channels, possibly with his nomination seconded by a majority of that council membership. I'm just spitballing here; I haven't looked into it in that much depth.

Plus Walt is still wearing Clarks Wallabees, as he did throughout much of the preceding four seasons. These are suede moccasin-type shoes favoured by several members of the Wu-Tang Clan (seriously). Can we therefore expect a cameo from Ghostface Killah, Buddah Monk or Inspectah Deck in season five? I'm going to say yes. Yes, almost certainly.

And he's STILL wearing glasses. Now, there are at least six possible interpretations of this. The first and most obvious is that— sorry, wait, my phone's ringing. Hello? Oh, hello, AMC lawyers. What? Stop ruining what for everyone? Hello?

More:  Breaking Bad  Bryan Cranston  AMC  Netflix
Follow us on Twitter @The_Shiznit for more fun features, film reviews and occasional commentary on what the best type of crisps are.
We are using Patreon to cover our hosting fees. So please consider chucking a few digital pennies our way by clicking on this link. Thanks!