What are the six best movies?

As a film fan, I often wonder what the best films are. Which ones are best? Which ones do people like? Are some films more liked than others? You have to admit, it's interesting. Films, I mean. Some are great, but others are just brilliant. Some are bad but most are okay. It's a wide spectrum. But what if there was some sort of ranking of the films? In order of quality. That's what I'm going to try right now. What are the best movies? Let's find out. What are the best ones. (Films)? 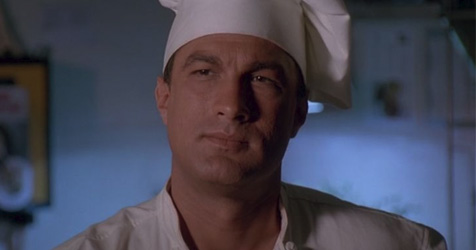 This almost goes without saying, but not quite. This film (Under Siege) is magisterial. It contains Steven Seagal and Tommy L. Jones as enemies during a naval boat interception. One is a chef, the other uses knives as weapons and not food preparers. Which is which? That's the beauty of Under Siege: everything is so clear. The boat is huge, really impressive stuff, and Seagal reads all of his lines without fail. Only an idiot would claim that Under Siege doesn't tick all the boxes marked 'Fights' and 'Boats'. Titanic wishes it was Under Siege. Titanic is good too, but not as good as this film. (Under Siege). Four stars.
5. The White Ribbon (2009) 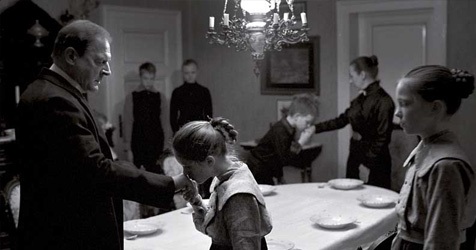 What this film lacks in colours (it is white and black only, albeit with many greys) it more than makes up for in confusing adult themes. Crucially the film is not even really about a white (grey) ribbon, but more than makes up for it in depictions of society. Germans are well catered for with the German language, but a genius use of subtitles opens the film up to all. Michael Haneke really knows his way around this epic adventure and stars Christian Friedel and Ulrich Tukur have the kind of chemistry that only really close professional colleagues can enjoy. At 144 minutes, the film (White Ribbon) is exactly as long as the ribbon you are imagining but never see, which is just... wow.
4. Thir13en Ghosts (2001) 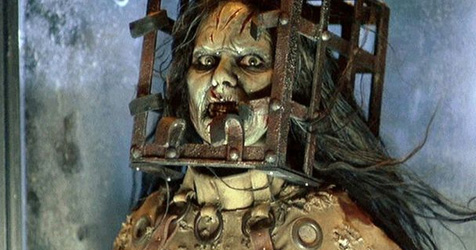 If nothing else, THIR13EN GHOSTS has the highest number in its title, closely followed by The Fast and Furious 8, which is five behind. Scared of ghosts? You'll be! If you've ever stayed in a haunted house! This is the real deal. Matthew Lillard etc! Who could ask for more! Okay then: Tony Shalhoub! Need I go on? Are there actually thirteen ghosts? Maybe even more than you think, thanks to a subtle plot that suggests we ALL are ghosts (of society). The poster features a wide open mouth which is hilarious because when you scream that's what mouths (yours and mine) look like. Aahhhh! Absolute genius and so scary you'll literally get scared. It is way better than Titanic.
3. Ratatatouille (2007) 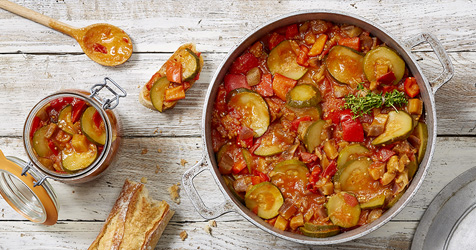 Pixar have done it... Again! This (Ratatouille) is a delightful romp for all the family, although not just people restricted to family; friends too. The story is so relatable which makes this film (Ratatouille) one of the best ever created by animation. Toy Story? No rats, no thants! Adorable mouse Remy is even voiced by non-rat 'Patton' Oswald which makes every emotion pop off the screen like the French cheese Remy loves so much. The music is good, the scenery is good and even the soundtrack is good. I am no fan of dirty rodents in real life but this film is so vividly entertaining I would now happily welcome one into my life! Ratat-whoopee!
2. TIE: All of the Chris Nolan Movies (2000-present) 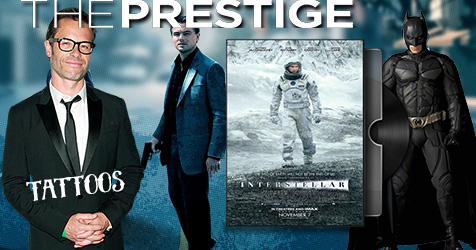 Trust me on this one! Director Chris Nolan is probably the greatest director of mine or anybody else's lifetime and that is indisputable fact so don't even try to argue, I have fact on my side. Batman Begins: amazing! Batman Begins II: The Dark Knight: even better! The Dark Night Rises? Forget about it! Then remember again because it's the best yet. And then there are all his other unforgettable films, like Dunkirk (war), The Prestige (magic), Inception (dreams) and Mememento (tattoos). There's something for everyone. Nolan films are so dense and layered you can even watch them twice and still enjoy them. Three times? Don't mind if I do! Oh Chris! Please make more!
1. The Godfathers (All of them) (1990) 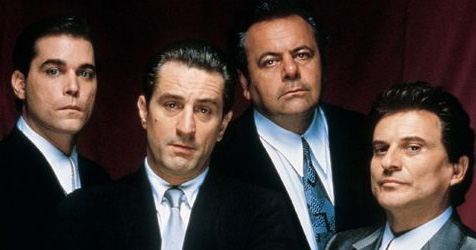 Easily the greatest story ever told that isn't the Bible or Titanic. Francis F. Coppola weaves such an incredible story across all three Godfathers you have to wonder where he gets his ideas. Gangsters in America? Genius! Coppola can't take all the credit even though he made them, because The Godfathers have a brilliant cast including Al Pacino (Mike) and Robert Decino (Don). The stirring soundtrack, by the composer, really fits the time and place of the movie (Italy? Never explained) and the guns fired in this (Godfathers) look so realistic you'll swear you can actually hear them bang. There's a great scene in a toilet which I won't spoil but needless to say Al kills the man with a gun he hid in the toilet. I'll never go to the toilet the same way again. And I haven't since! The Godfathers is the best of all the movies, even Thir13en Ghosts, that's my decision and I'm sticking with it!
Have I missed any? Are you annoyed at the placement of any of the movies? What order do you think these six best movies should go in? How do you feel about Titanic? Keep your opinions to yourself because the comments section has been closed because I feel like there's no further need for discussion. Goodbye and keep watching movies, you never know what might happen!

More:  Top10  Titanic  Under Siege  Ratatouille  Thirben Ghosts  Godfather  Michael Haneke  Christopher Nolan
Follow us on Twitter @The_Shiznit for more fun features, film reviews and occasional commentary on what the best type of crisps are.
We are using Patreon to cover our hosting fees. So please consider chucking a few digital pennies our way by clicking on this link. Thanks!