What horrific game is played in the new image from Jigsaw?

FINALLY after a frankly ridiculous seven long years since Saw VII: The Final Chapter, Jigsaw is returning to the big screen to further tap the rich and largely unexplored concept of 'a killer kills people with killing games'. Not a moment too soon, I say!


The new film/reboot/same old shit is titled Jigsaw and is hitting cinemas in October to cut a slice of that all-important going-to-the-cinema-on-Halloween-night demographic. But today Entertainment Weekly released the very first pic of the film. Behold, the horror! 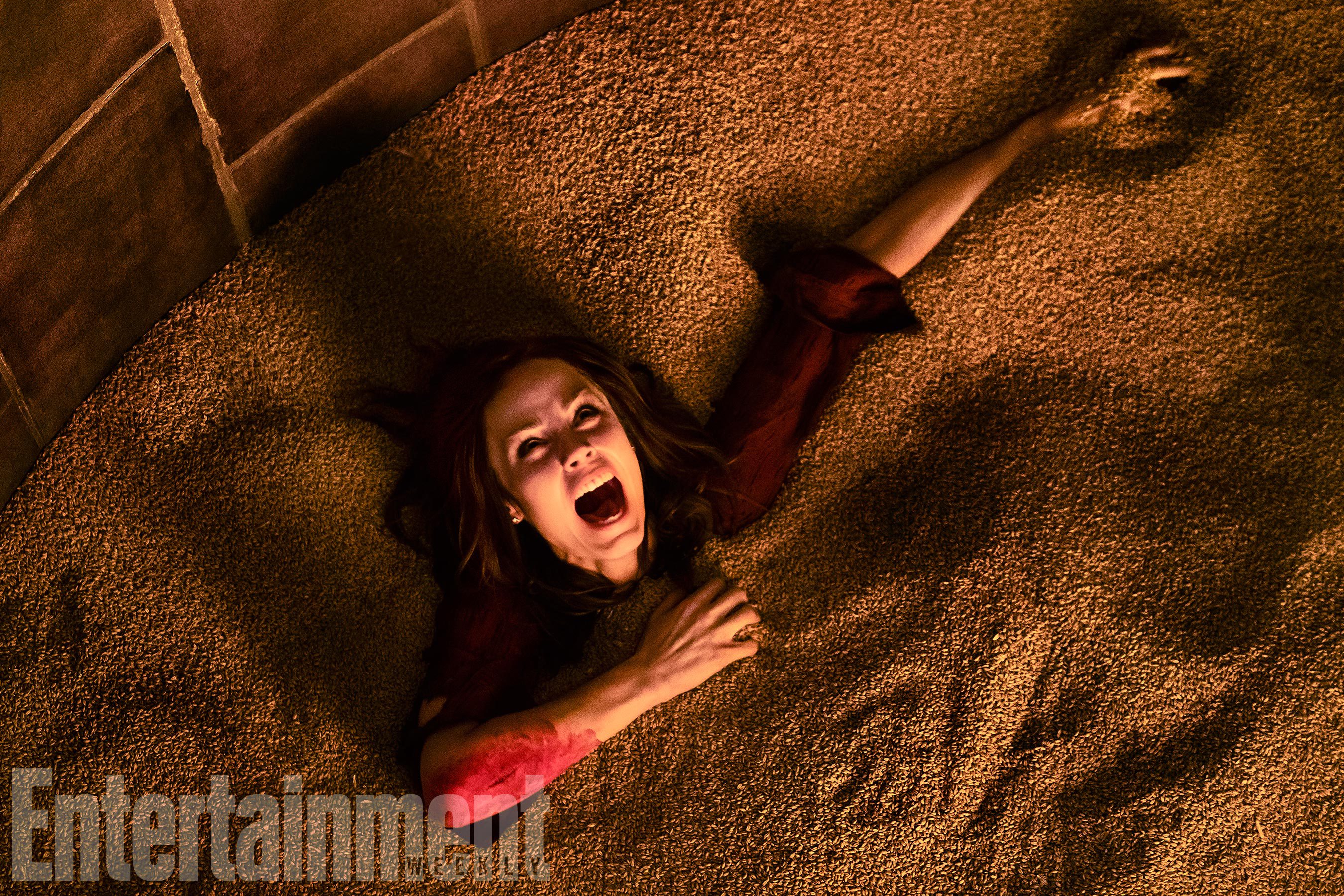 But what torturous game is being played here by star Laura Vandervoort? Has she just fallen into a vat of grain, or is there some deviously murderous wager at play? But what? Here are a few guesses.
Catch a Malteser

Its a harmless attempt at trying to catch the sweet chocolate treat as thrown by someone out of shot. Catch it and enjoy the sugary goodness of a delicious confectionary. Miss it and, I don't know, her tongue is pulled out through her eye sockets?
Some kind of sand Pictionary

"It's... a horse? A horse! No, not a horse. A dog? Ok, nevermind... what's that? A knife? A cage? Caged dog? No, dammit. Too late. To Kill A Mockingbird? IN WHAT WORLD IS THAT A BIRD, LAURA?"
Find the tiny, miniature Dwayne Johnson bust

Hidden in this giant container of seeds is a small sculpted bust of the Dwayne Johnson, which measures just half a centimetre in height. Jigsaw rewards extra points for every time the character bellows "Can you smell what the Rock is cooking?", but the points system is ultimately meaningless and just for Jigsaw's own amusement.
It's actually the inside of a giant Pop-Up Pirate

Impossible to tell from this still alone, but this shot actually shows Vandervoort's character in motion, shooting up through the air after one of the other game players inserted a giant plastic sword in the right slot. Ha ha, aww. A barrel of fun indeed.
Explain what has happened in the Saw films to date

Slowly sinking into the quicksand-like grain, all she has to do to escape certain suffocation is explain the many plot twists, contrivances and sequences of events of the Saw franchise to date. It's basically a cruel challenge with no hope of survival.

More:  Jigsaw  Saw  Laura Vandervoort
Follow us on Twitter @The_Shiznit for more fun features, film reviews and occasional commentary on what the best type of crisps are.
We are using Patreon to cover our hosting fees. So please consider chucking a few digital pennies our way by clicking on this link. Thanks!