What if Ethan Hawke played ALL the superheroes? Huh? What happens then?

Indie actor Ethan Hawke caused shockwaves in the nerd community this week when he dared suggest that superhero movies are not as good as Ingrid Bergman movies. So, Ethan Hawke thinks we're a group of illiterate and reactionary morons, huh? BURN ETHAN HUNT TO THE GROUND.


Hawke raised a few eyebrows with this quote from an interview with TheFilmStage.com.

"
"
Now we have the problem that they tell us Logan is a great movie. Well, it’s a great superhero movie. It still involves people in tights with metal coming out of their hands. It's not Bresson. It's not Bergman. But they talk about it like it is.

I went to see Logan cos everyone was like, 'This is a great movie' and I was like, 'Really? No, this is a fine superhero movie.' There’s a difference, but big business doesn't think there's a difference. Big business wants you to think that this is a great film because they wanna make money off of it.
In some ways, Ethan Hawke is correct. Whenever we talk about movies being great, we should always add a qualifier to what kind of movie it is, in case we get confused. Oh, you thought Some Like It Hot was a great movie? Correct: it was a great comedy movie. You're welcome! Obviously you can't just go around referring to superhero movies as 'movies'. They're two different things! Everyone stop getting confused!

What's more, when will big business stop trying to make lots of money from the movies into which they've invested lots of money? It's like they're trying to run a business that is big or something! The studios that are trying to make you think their films are great are only doing so because they want you to buy a ticket. WAKE UP, SHEEPLE.

Now, obviously, Ethan Hawke has every right to think that superhero movies are being over-praised, and maybe he's correct that Ingrid Bergman would be the ideal choice to direct the next Avengers movie. But ask yourself this: has Ethan Hawke ever played a superhero? Has Ethan Hawke ever received a paycheque for playing a superhero? Maybe if he had, his opinion would be different. Suddenly, every role that Ethan Hawke pitches to studio is a guy with metal coming out of his hands. Not sure about the tights though, bro.

Let's imagine a world where Ethan Hawke left behind his indie career and his hipster roles and his movies about being sad, to focus on building the ultimate superhero portfolio. Would any of these Ethan Hawke-led superhero movies qualify as great movies? I'm going to say 'yes'. And also, sorry.
Wolverine 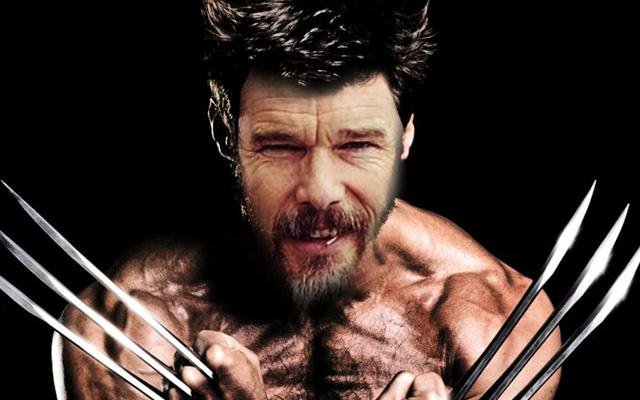 Finally, the beard and general dishevelment makes sense! Hawke's Wolverine has all the brooding intensity of Hugh Jackman's Logan, with only 33% of the body weight. Once fitted with the claws, Hawke finally understands the importance of the "metal coming out of his hands", which he uses to slice and dice the Sicilian charcuterie board in his trailer. 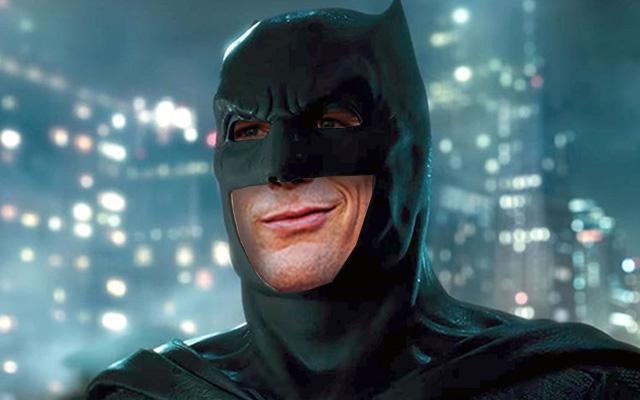 He's the hero Gotham deserves, but not the one it needs right now, because Ethan Hawke's Bruce Wayne has given up his life of crimefighting to co-fund an off-Broadway theatre run by reformed alcoholics and ex-homeless vets. "There is no room for vigilantes in Gotham," he announces in the press release. Eighteen Gotham citizens are murdered on opening night. 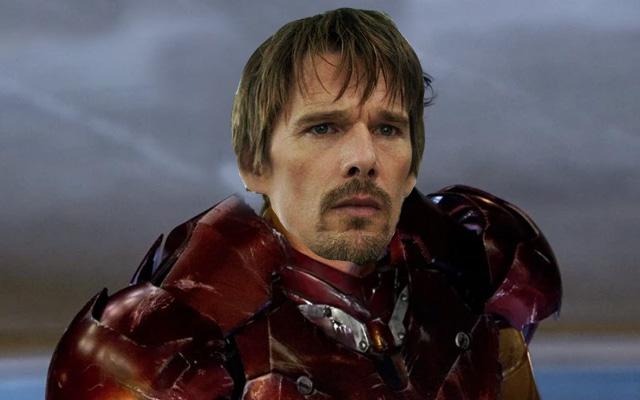 Hawke's Iron Man remake is all about wealth redistribution: how can a superhero really connect with the masses if he's the personification of the 1%? Tony Stark gives away all of his money, burns his Iron Man suits in a protest over the occupation of Afghanistan, and lets out his Malibu mansion to a group of eco-warrior anarchists. Directed by Richard Linklater. 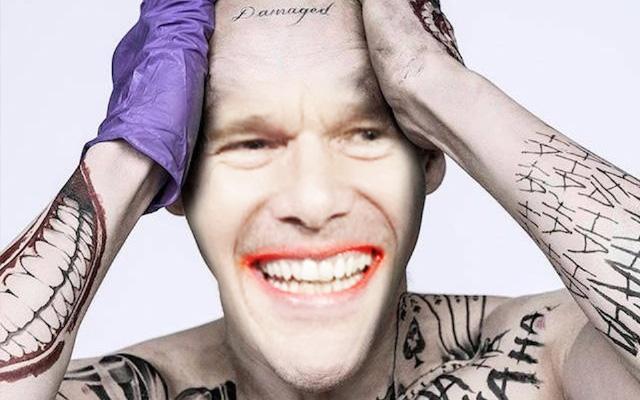 You know what isn't funny? The mistreatment of mental illness. Concerned that his portrayal of the Clown Prince of Crime would make light of the kind of serious afflictions that affect everyday Americans, Hawke toned down the crazy to make The Joker a misunderstood guy who just loved to laugh. His subsequent cameo in Paul Schrader's Suicide Squad is sublime. 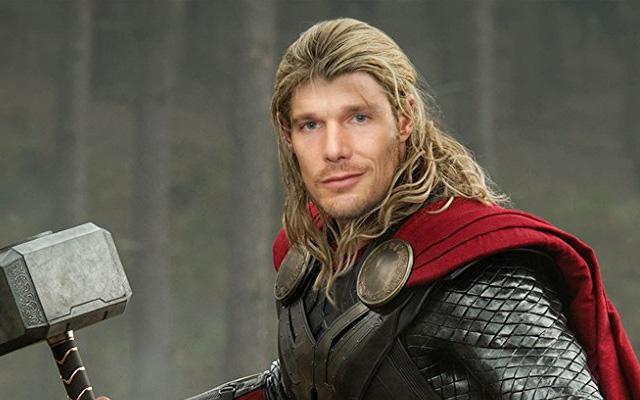 Yeah, so I thought Ethan Hawke would make a pretty funny Thor, so there he is, right there. 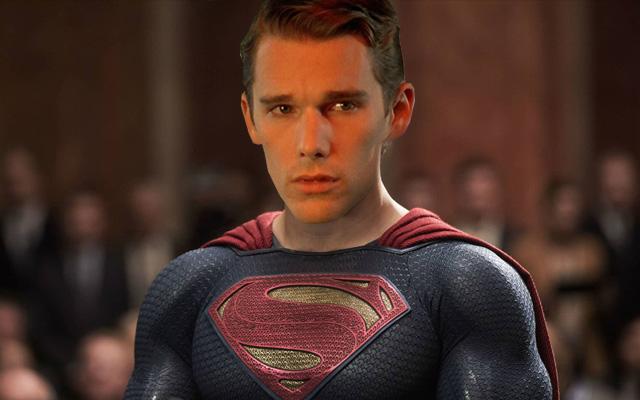 He stands for truth and justice, but what does the 'American Way' actually mean these days? Hawke's Superman movie is a searing indictment of the American Dream and how Lex Luthor's big business corrupted the dark heart of the United States. Sure, he can fly, but should he, when so much of America's under-class can't even find gainful employment? 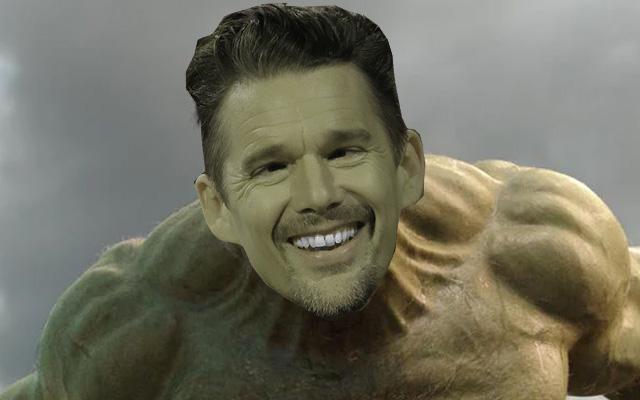 I'm not going to lie, you guys, during the creation of this Photoshop I accidentally removed Ethan Hawke's right eye while trying to adjust the colour balance, and couldn't recover it from my History, and instead of starting again I just copied and pasted his left eye and flipped it. This has nothing to do with Ethan Hawke's Hulk movie, which is boring. 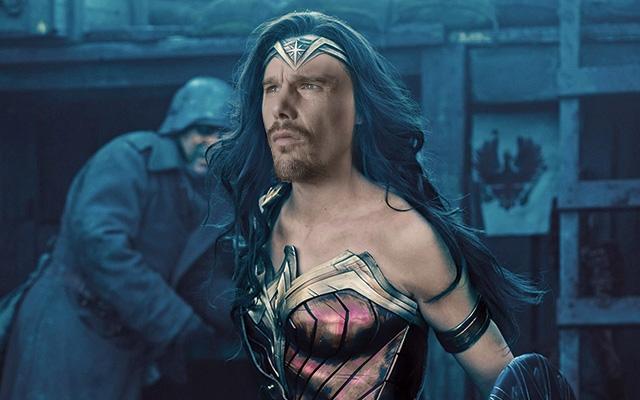 If the studios won't green-light a female-led superhero movie, Ethan Hawke will just have to take matters into his own hands. Cast as Wonder Woman, Hawke plays the movie as a perverse satire on Hollywood's reluctant to fund a female superhero franchise, refusing even to shave his beard. The social commentary is lost on audiences and the movie makes $1bn. 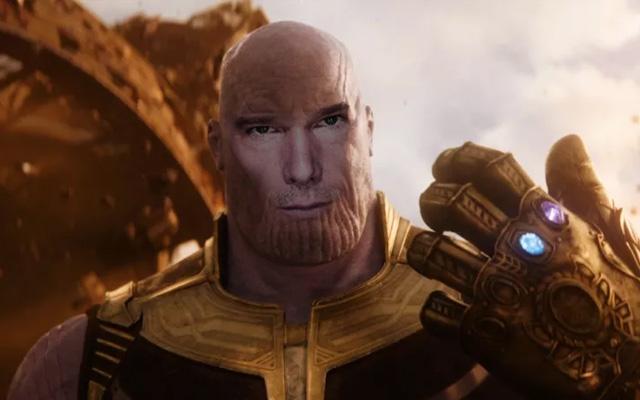 Read between the lines: Ethan Hawke is clearly playing Thanos by way of Harvey Weinstein - another grotesquely powerful titan who can make things happen with a snap of his fingers. If he has to make a superhero movie, then the least Ethan Hawke can do is shoehorn a clumsy metaphor about society in there, to, y'know, educate the audience. C'mon guys! 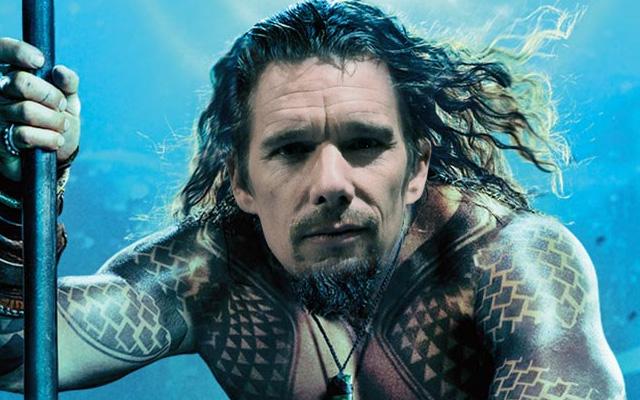 Actually this could be good, though.

More:  Ethan Hawke  Superheroes  Marvel  DC  Top10
Follow us on Twitter @The_Shiznit for more fun features, film reviews and occasional commentary on what the best type of crisps are.
We are using Patreon to cover our hosting fees. So please consider chucking a few digital pennies our way by clicking on this link. Thanks!