Yeah, so Homeland's gone off the boil a bit

I saw a tweet a couple of weeks ago on a Sunday night. It said: "It's a shame Homeland's shit now." This might be an example of the social media user's tendency to describe everything in extreme terms, but it highlighted a worrying drop-off in the quality of one of the best new shows in years. No, it's not shit - far from it - but it's made some odd choices in its second season.

You could view this as the result of its having written itself into a few corners and struggling to figure a way out of them. Or maybe of an explosive first season whose premise was too finite to be satisfactorily continued. But let's look at some specifics.


Is Carrie back in the CIA?

The main concern before season two premiered was how they'd get round the fact that Carrie - the main investigator and therefore narrative driver in the traditional cops-and-robbers sense - no longer had the authority to investigate. She'd been kicked out of the CIA and her mental health issues revealed to her employers. There was no way she'd be let back in. 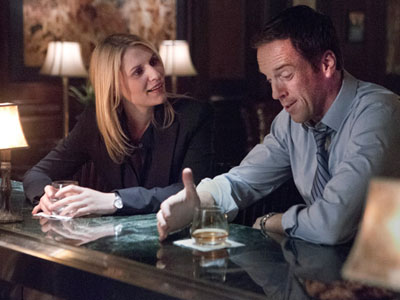 Getting her snared up in operations again because a key Lebanese informant would speak only to her was a clever bit of thinking, and having her work off the books on the Brody operation made sense too.

What doesn't make sense is how she's essentially now a full employee when it suits the story. She comes and goes at Langley as she pleases; she gives a SWAT team orders without their once pointing out the fact that she's a civilian. No, she never does what she's told, but that doesn't explain it away.
Brody's wife is just weird

You can forgive the woman quite a lot, given that her husband is cheating on her and he's in Al-Qaeda, both of which are pretty reasonable grounds for at least a trial separation. But who puts on a negligee when she has to sleep in a bed with her two teenage children, even if she's ultimately planning on slipping off to the next room and boning her husband's best friend in the middle of the night? A flipping mentalist, that's who.
Abu No-Mates

We've been led to believe up till now that Abu Nazir is a bin Laden-level terrorist; the kingpin in a global operation. All of a sudden he's managed to sneak into the United States: tough to swallow, clean-shaven or not. 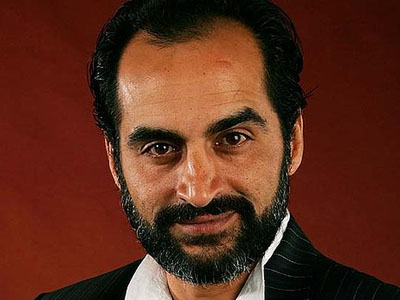 Troublingly, he also appears to moonlight as a stage hypnotist.

Even leaving aside whether he could've got across the border unrecognised, he still seems oddly low-rent. His small team of acolytes arrested in a sting operation, his next move is to kidnap a woman at gunpoint and hold her hostage in a warehouse. On his own. Apparently calling for reinforcements from the global terrorist network of which he's the figurehead wasn't an option.
Brody's daughter can fuck off

Seriously. He should suicide-bomb her till she shuts up.
Despite his apparently living round the corner from me, I have never once seen Estes in the Co-Op 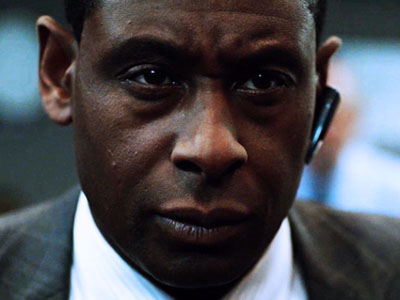 He probably goes to Morrisons.

More:  Homeland  Damian Lewis  Claire Danes  David Harewood  Showtime  Channel 4
Follow us on Twitter @The_Shiznit for more fun features, film reviews and occasional commentary on what the best type of crisps are.
We are using Patreon to cover our hosting fees. So please consider chucking a few digital pennies our way by clicking on this link. Thanks!